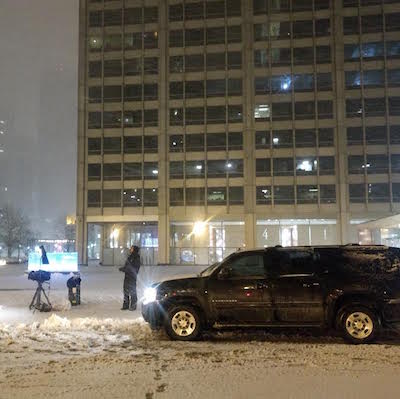 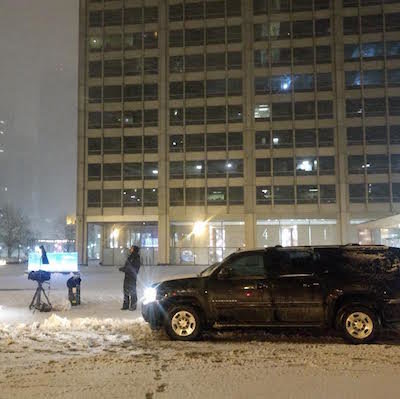 Our St. Louis video production crew headed into the belly of the beast that was Winter Storm Mateo in Chicago. It was the largest storm to hit the city in three years. Going live with Reynolds Wolf, they captured the city prepping for the snow that was inevitable. The next day they headed to Union Station to watch as people got off the trains and went to work despite the ten inches of snow that had fallen overnight. The snow slowed down during the day so they got some B-roll and prepped for the next round of snow that was to come. They got their last snowy shots outside Columbia College to show the final accumulation from Mateo. After all the coverage there was time to build a snowman and take a selfie. 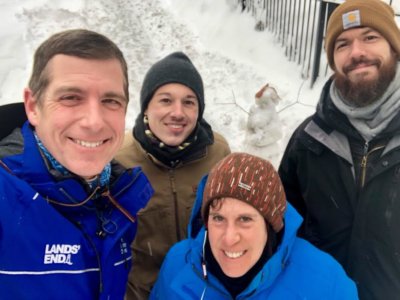 Our St. Louis video production crew was on a shoot with The Weather Channel covering the flooding that happened in late February. They started in St. Louis, but after little rain and predictions showing little to come, they were relocated to Paducah, KY where more rain was predicted. It took one night, but the rain finally came in the morning. Once they went live there, they were once again relocated, to Louisville this time. Rain and flooding were guaranteed. They kept being in the right place at the right time. They captured a loose boat floating down the river, an elderly couple emerging from their house that was surrounded by a couple feet of water, someone emerging from their flooding car, and they even went live as Reynolds Wolf helped an older lady from her raft. There was waiting and wading to be done for this wet shoot. 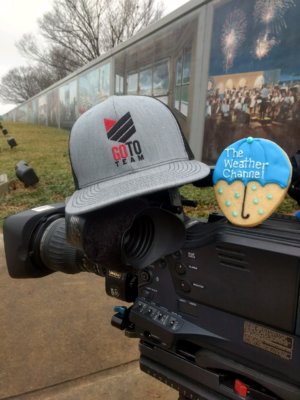 Our New York City video production crew was in for an adventure when The Weather Channel called him. Winter Storm Riley hit the Northeast and he was requested in Boston to help cover it. There were millions without power, 70+ MPH winds, and surges across the coast. It was challenging and exhilarating to cover it. It begin with an early wake-up call, a hotel with no power, and making sure every piece of gear was protected from the rain and snow. He went live with Reynolds Wolf about 30 times before 8:00 am. They changed locations a few times. At one point they were on the bay, standing in 35-50 MPH gusts with rain that came in sideways. For such an ugly storm, they got some beautifully awesome shots out of it. 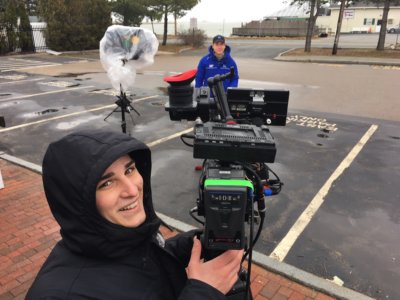 It’s always an awesome experience to cover storms with The Weather Channel. People need to know what to look out for and we’re happy to be able to help get that information out – even in the elements! Every time we shoot with TWC we learn more about flexibility, perseverance, endurance and gear protection. It’s amazing out there. Keep an eye out for our live hits during the next storm.