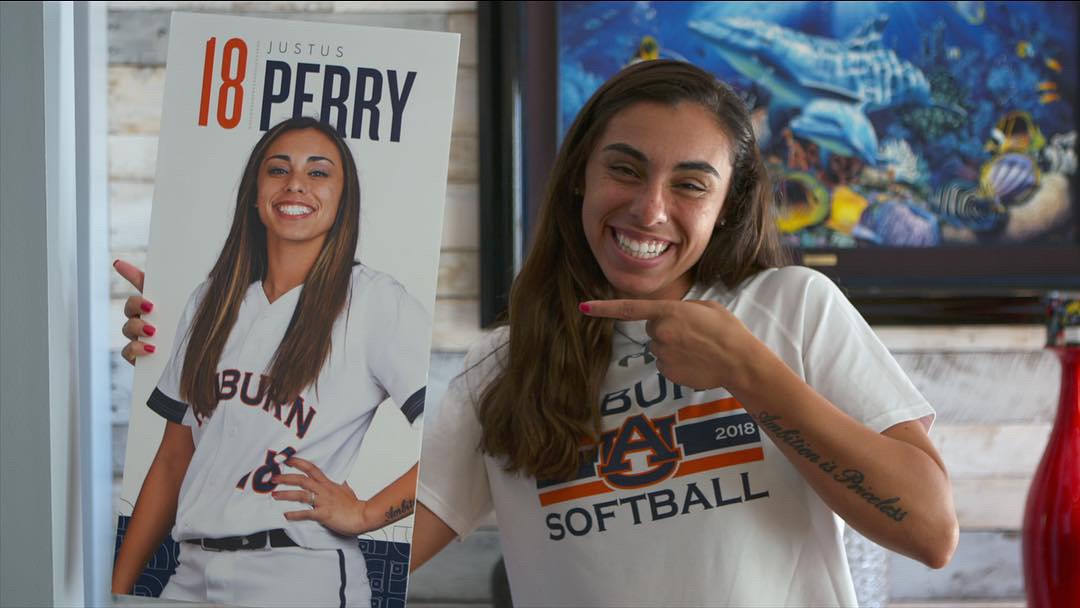 Have you ever had a dream that you wanted so badly that you would move states to pursue it? Justus Perry, a Junior at Auburn, was determined to play softball. Her family moved from Minnesota to Alabama to help her pursue travel team opportunities. But her family made an even greater sacrifice to allow her to compete at the collegiate level! 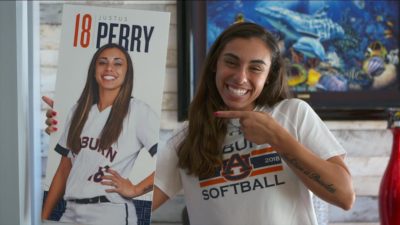 After being recruited to play at Auburn, Justus’s mother Leslie found work in Auburn to start her job sooner. Justus was able to stay with her father, Jasper, to finish high school; however, she was ineligible to play varsity because of her two permanent residences. To circumvent the ruling the Perry’s made the difficult decision to legally separate to allow their daughter to continue to play high school softball and make it to Auburn/ After Justus began playing at Auburn, her parents were finally able to re-affirm their marriage and continue their lives together. What amazing dedication to allow their daughter to continue the sport that she loves! 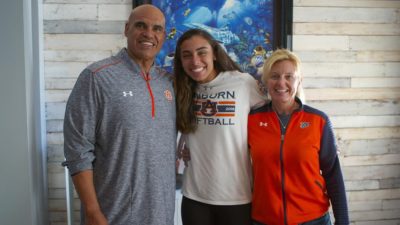 ESPN worked with our Atlanta DP, Nate Silverman, to tell the story. For the interview, the crew needed to set up in a very cramped living room. These situations are exactly what Go To Team DP’s are trained for! Nate typically tries to shoot into the corners of the room to allow for the most depth of field for interviews; however, the challenge here was making an interesting background with light. He shot on a Sony F5 and A7S. Nate chose to work with a Canon L-Series 24-70mm lens for the F5 which didn’t provide as much falloff as the A7S with a Canon L-Series 70-200mm. 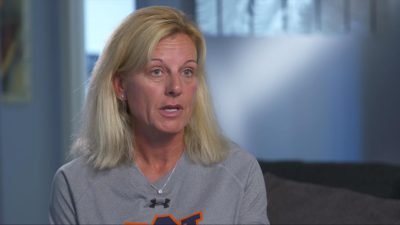 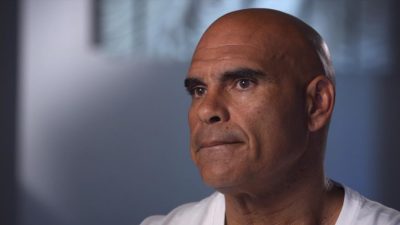 To make the background more interesting, the crew used an Arri Tungsten 150W and barn doors to give a slash on the plain wall. They also used a Generay Bi-Color Light Panel through a Matthews Roadrag silk to act as the key light and another light panel was flown in the opposite side of the key for a nice hair light. 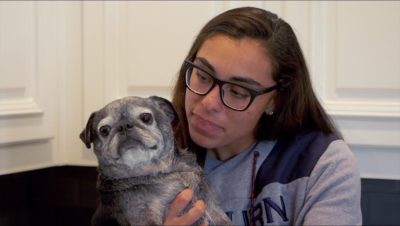 After the interview, the crew went to capture hero shots on the F5 at 50fps. They shot more cinematic slo-mo B-roll of the family re-enacting signing papers, hanging out around the house, and walking down the street. Additional B-roll was shot on the A7s at 60fps as well. This was done on a DJI Ronin-S for smooth tracking shots and interesting camera moves.

Justus Perry’s story will be intertwined with other athletes from across the country for ESPN’s college special. “Justus’s story really stood out. Her family’s sacrifice to help her reach her goals were beyond inspiring. I am honored that I could help tell their story!” – Nate Silverman 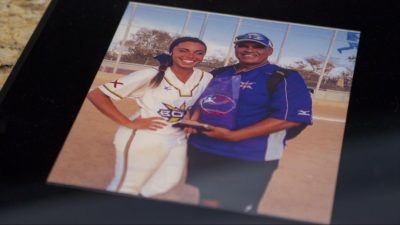 Thank you to ESPN and the Perry’s for working with us to help tell this story. We are excited to work on future projects together!