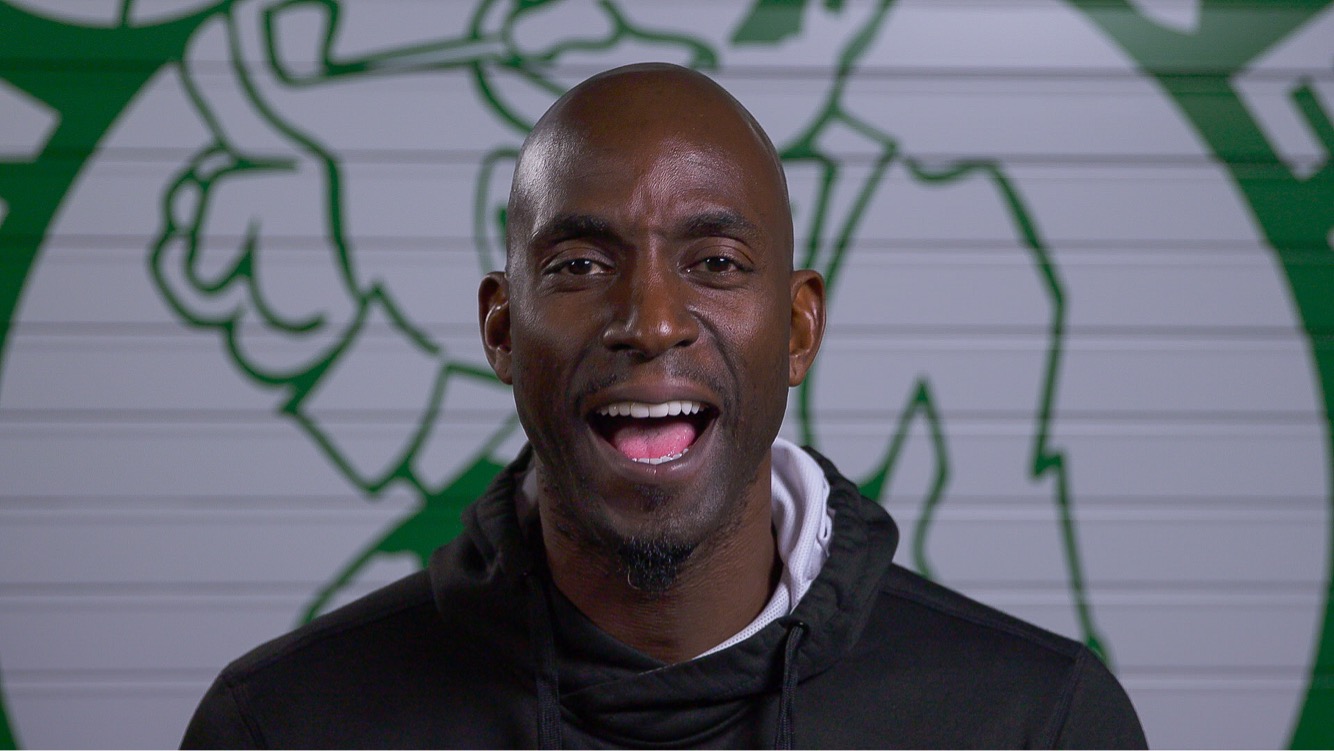 Basketball games are way more intense when a team pulls through and wins in the last two seconds of the game. This is exactly what happened during the Boston Celtics and LA Lakers game this past Thursday.

Turner and Area 21 worked with our Boston cameraman, Chris Halleen, to capture all of the excitement of the game.

“I felt like I was sandwiched between glory” – Chris Halleen 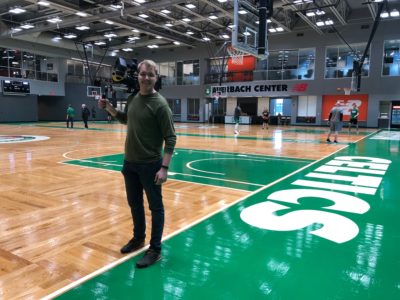 The day started with a tour of the Celtic’s facility with Kevin Garnett and Danny Ainge, who is the general manager of the Boston Celtics. After seeing the facility (TD Garden) that was opened less than a year ago, Kevin sat down for a quick interview. For the interview setup, our crew used a 400w Kino Flo Diva as a key light and two LED litepanels. One of the litepanels was used for a fill and the other was used as a backlight. 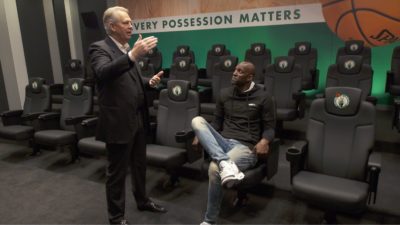 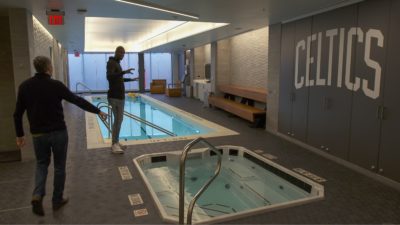 After the interview, the crew headed to TD Garden to capture footage of Kevin Garnett walking around and meeting people. Once the game started, Chris sat courtside directly across from Kevin and Metta World Peace. He captured reaction shots as Kevin and the Lakers’ coach watched the intense game between the Celtics and Lakers. 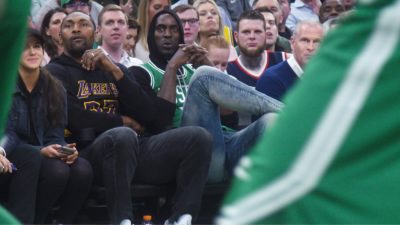 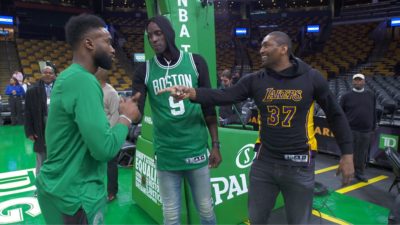 Chris’s courtside camera was a Sony F5 and was used to capture a tight shot of Kevin and Metta. The crew had a second F5 camera placed higher up in the stands to get a wide angle shot. The game was very intense, as the Celtics were up and winning the first portion of the game. Within the last 30-seconds, the Lakers tied. This led to a very intense battle between the teams. The Celtics gained the lead again with only 15-seconds in the game, and then the Lakers stole the show within the last two seconds. 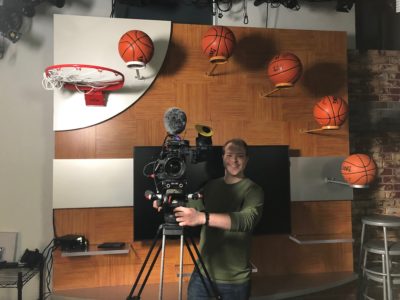