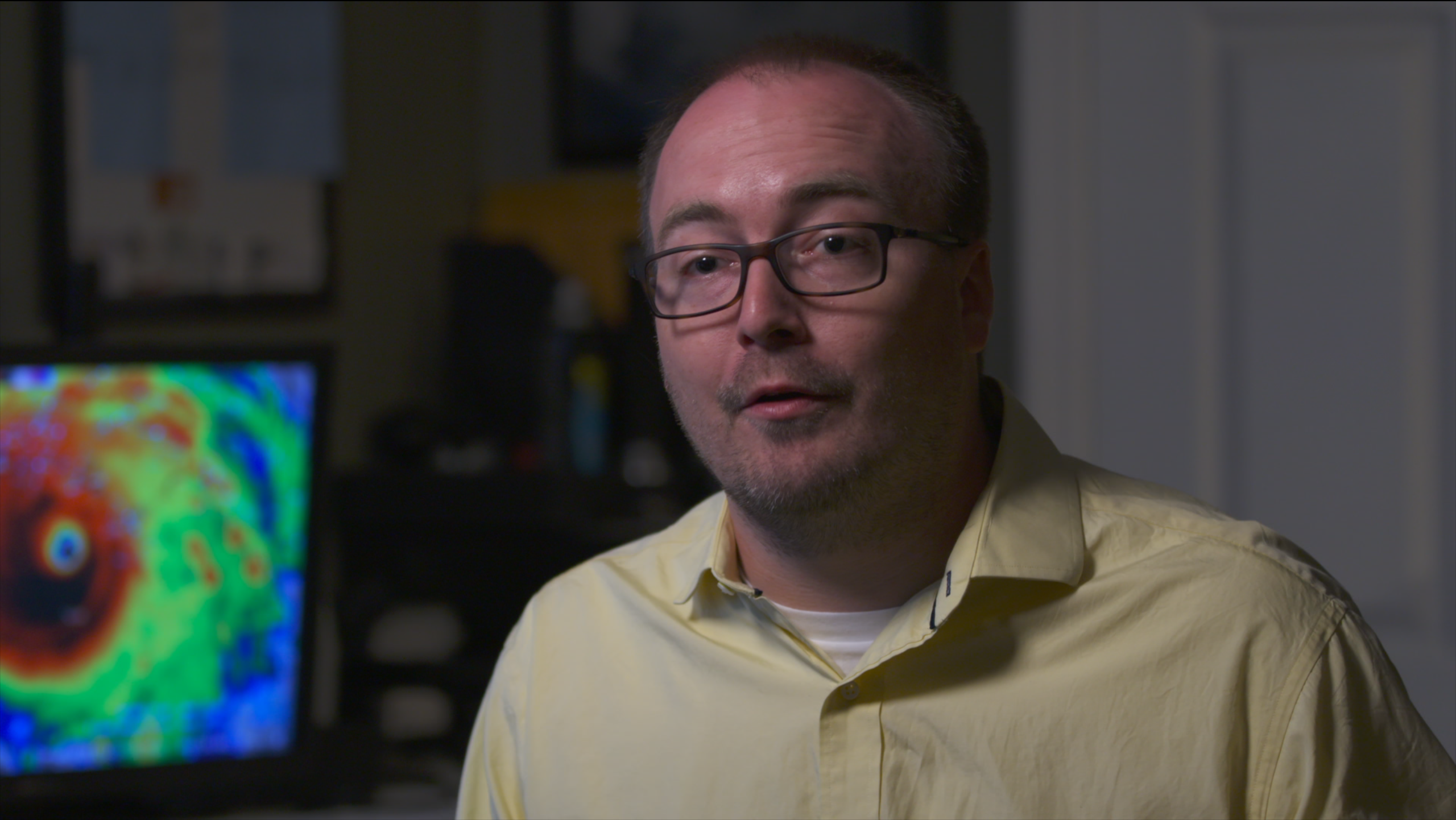 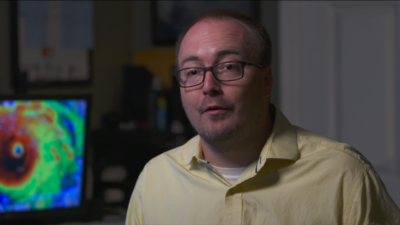 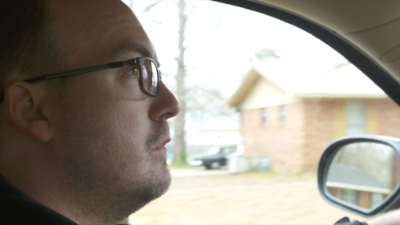 Luckily for Brett and his partner, their quick thinking led to them ditching the vehicle and climbing into a nearby home that held up during the category 4 hurricane.

The Weather Channel chose to work with Go To Team’s Atlanta DP Nate Silverman to capture Adair’s survival story on their show Heroes and Survivors.

The shoot began with an interview with Rachel Adair, Brett’s wife. She talked about what it was like for her as she watched her husband’s live stream video of his vehicle being washed away by the storm surge for his entire audience to see. She also spoke about only being able to receive texts and one phone call from her husband, letting her know he was okay and found shelter, moments before cell towers were completely down. 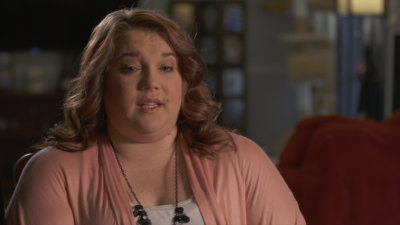 For her interview, our crew set up in the kitchen using her living room as the backdrop. Our DP chose this setup because the interview focuses on how she was home when all of this happened. To fit the theme of interviews previously on the show, our crew used more dramatic lighting and darker backgrounds. For lighting, our crew used an Arri Tungsten 300W through a chimera and a Generay bi-color light panel as an edge light. Our DP, also used a flag from a Matthews Road Rag kit as neg-fill screen left. 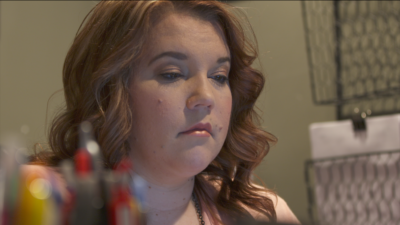 Our crew shot all the footage on a Sony F5 with Canon L-Series lenses.

For Brett’s interview, our crew set up inside his office. The tight space made for a few difficulties matching the lighting of the downstairs interview, but it was no trouble for our team. First, our crew used a black wrap to cover the overhead lights on his half of the office. The rest of the overhead lights gave shape to the background, so our crew left some lights uncovered. Then, our crew used two Generay bi-color light panels one to key and the other as an edge light just over his right shoulder. The key was really close up on him and we shot from high up to avoid reflection on his glasses. Once the lighting was set, Brett sat down to take us through his survival experience.

After the interviews wrapped up, Brett took our crew to his new storm truck, and we shot b-roll of him driving and also working at his computer. 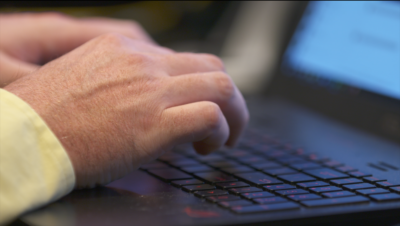 Thank you to the Weather Channel for choosing to work with Go To Team’s Atlanta DP to tell this survivor’s story. We look forward to working with you again in the future.