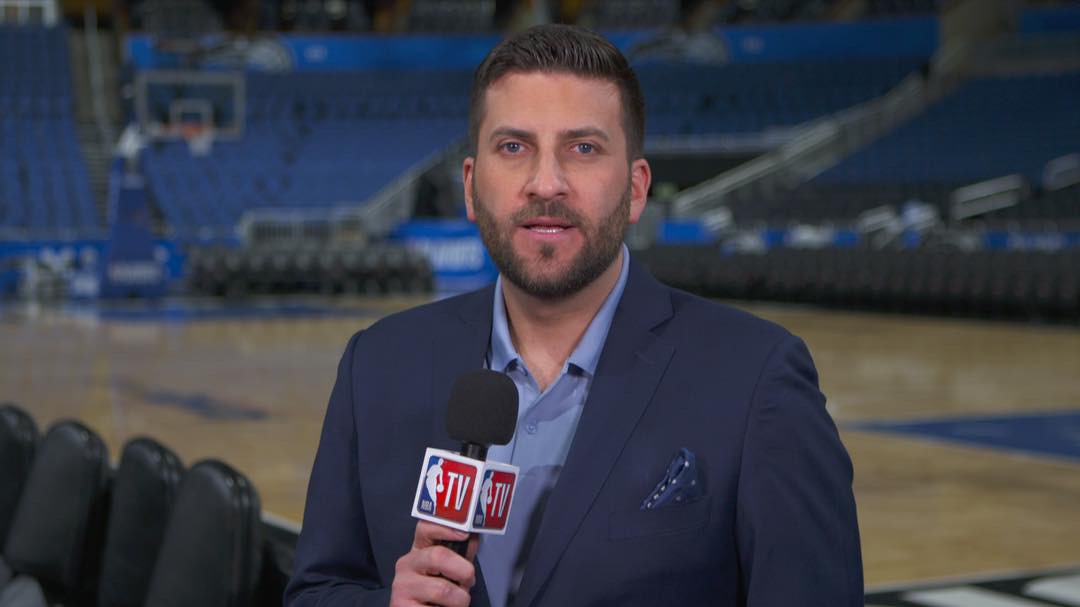 The Orlando Magic team needs a big win to avoid being eliminated from the NBA finals, and they are currently preparing for game four against the Toronto Raptors.

Ahead of game 4 in the playoff series, Turner Sports and NBA TV partnered with Go To Team’s Atlanta DP, Nate Silverman to help capture an interview between Jared Greenberg and Nikola Vučević (Orlando Magic’s All-Star player). Jared interviewed the star player about his take on the series thus far in the Amway Center in Orlando, FL. 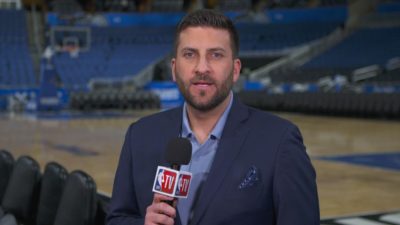 Our crew set up the interview in a smaller room and hung a black background to bring attention to Nikola. After getting the background set up and picking the screen direction, Nate began lighting the space. Due to the size of the space, the crew lit the talent with two Generay bi-color light panels that were diffused through a Matthews Road Rag. In order to control how much light was bouncing off the cramped white walls, crews also hung up duvetyne on the fill side to act as negative fill. They then brought a second light panel in, in order to balance the fill light. 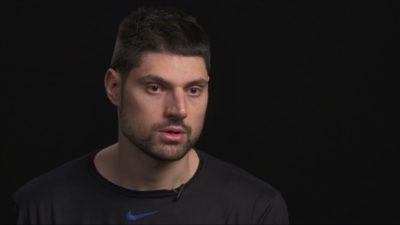 Nikola was wearing a black shirt, so to separate him from the black background Nate placed another light panel to act as an edge light. The size of the light panels made them ideal when working in such a small room, allowing the crew to fit the necessary amount of lights without taking up all of the space. 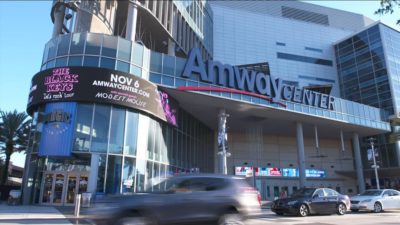 After the interview, the crew went onto the court to record a few stand-ups for the piece. Once the stand-ups wrapped, Nate went around Orlando and the Amway Center to shoot scenics to use as bumps and teases for the game the next night. All footage was captured on the Sony F5 paired with Canon L-Series lenses.

We are grateful to Turner Sports, NBA TV, and Orlando Magic for working with our crews! We can’t wait to work with them again in the future! 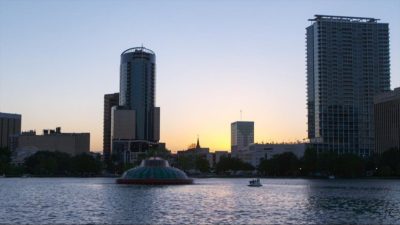