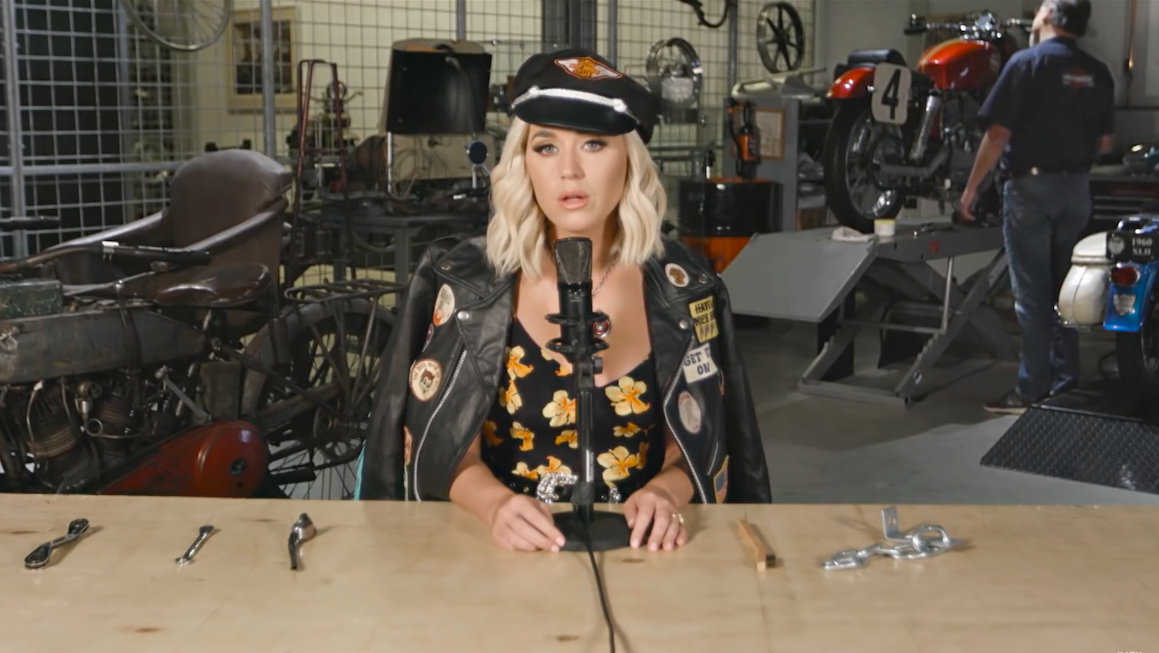 Baby, she’s a firework! Surrounding the release of her new single “Harleys in Hawaii,” Katy Perry met up with Capitol Records to chat about some of her latest released singles and collaborations. Perry sat down with Capital Records for an interview as a part of their new show Explained. Perry took us through the process of writing one of her latest hits “Small Talk” and how the song came together, from collaborating with Charlie Puth on the beat to writing the lyrics. 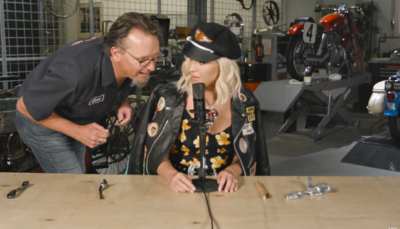 To promote her latest hit released in October, Katy Perry took on her very first attempt at ASMR by reading the lyrics to her newly released single “Harley’s in Hawaii”. The lyrics were whispered quietly into the microphone while a handy-man was busy working on motorcycles in a workshop behind her. Capitol Records asked Go To Team’s Cleveland cameraman, Jordan Woods, and Chicago cameraman, Kyle Kaiser, to help capture it all! 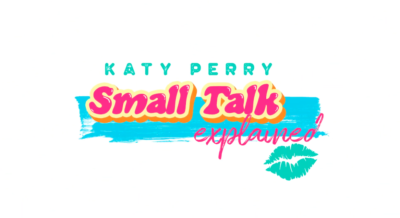 The workshop setting during the ASMR shoot made for a great background. It was a great space to manipulate lighting! For Jordan Woods’s setup, he focused on lighting Katy, with tungsten lights. He used a 600w for the key and a 300w for the fill light. He also brought in a 150w for Katy’s hair light and set up three 150s for the background. The crew then used a Canon C300 Camera on a tripod to film the video while a teleprompter was hooked up to his camera for Perry to read along with. 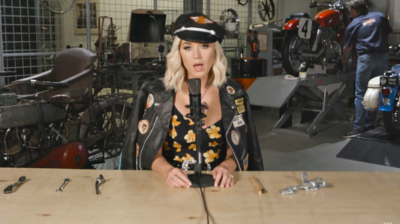 Our Chicago DP, Kyle Kaiser helped light the interview for the short-show “Explained.” For this interview, Capitol Records wanted a pure white backdrop. That said, the wall that the video was set on was a little off-white. To fix this, Kyle lit the back wall with three 400w HMIs. This helped the background register as pure white. Then the crew bounced an 800w HMI into his 6×6 scrim jim to create a large soft source.  After the lighting was set, they headed back to focus on the stage – which was intended to look like an actual stage. To accomplish this aesthetic, Kaiser dialed down the intensity on the HMIs and moved one 400 to the bounce to help the subjects separate out from the background. 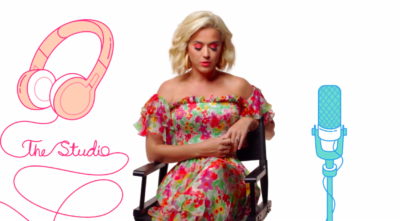 Thank you to Capitol Records and Katy Perry for allowing our video camera crews to be apart of this amazing shoot! We look forward to working with you on upcoming project!