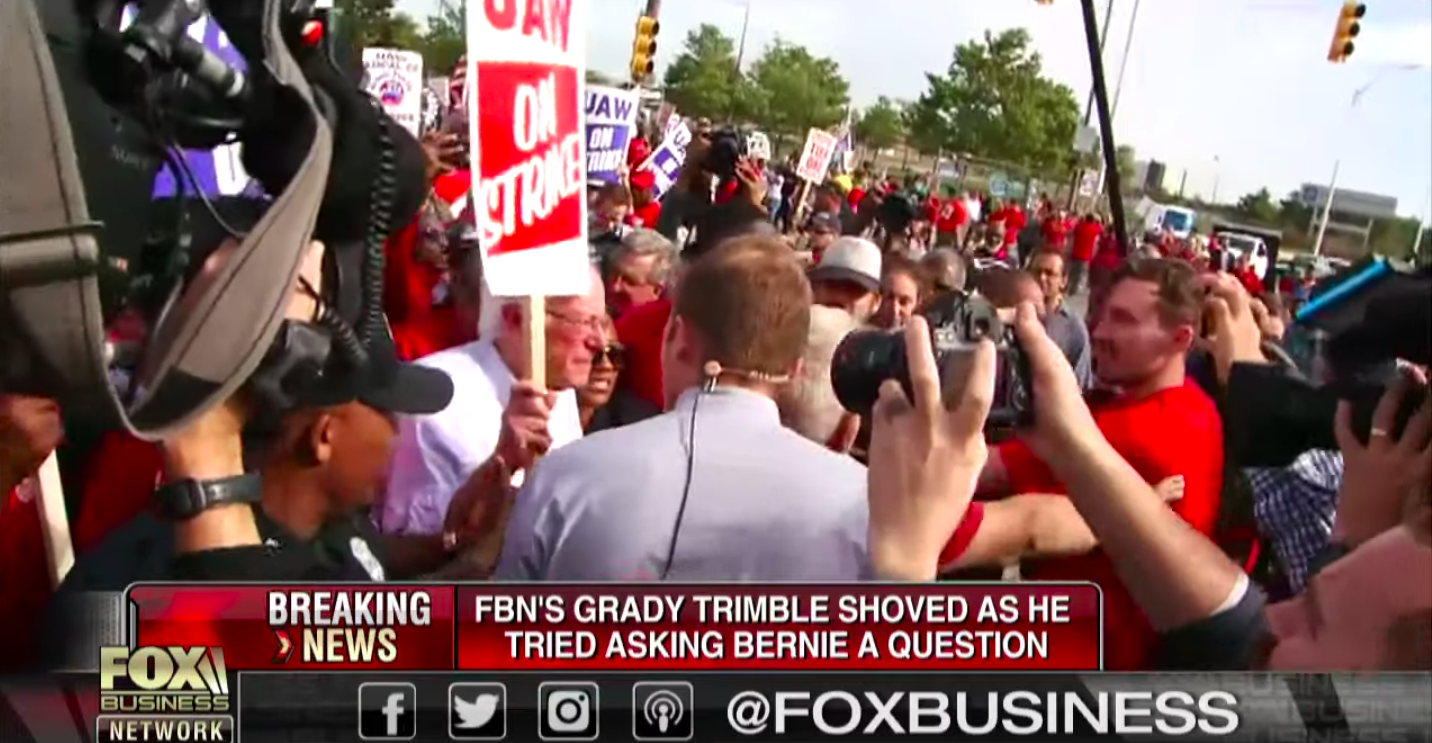 Recently, about 46,000 General Motor (GM) employees went on strike against GM at their headquarters in Detroit, Michigan. The story? The workers are standing up for their rights to fair wages and proper health care. 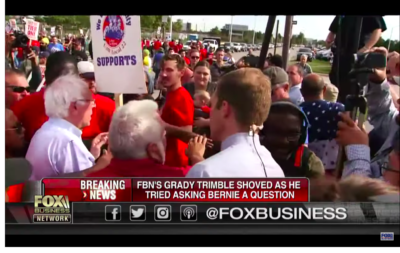 Fox Business News wanted to highlight the GM plant workers strike, and worked with Go to Team’s Chicago cameraman, Kyle Kaiser, to cover it all. 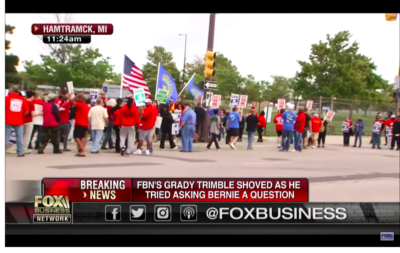 A week and a half after the start of the strike, Bernie Sanders showed up to support the workers. The result? An even larger crowd.  The strike became much more disorderly and rowdy that even Fox reporter covering the event, Grady Trimble, got pushed over in the crowd! It was difficult for him to make his way over to the Senator to ask his questions. That said, Go To Team crews are trained for these exact scenarios!

Kyle Kaiser used a Canon EOS C300 to capture the crowds of people involved in the strike. For lighting, there was 1 on camera light and 1 x light panel. This camera setup allows for ease of movement in an extremely crowded area. While capturing footage was trickier than normal, Kyle and the crew were successfully able to get great content of Bernie, the rally, and even had their interview questions answered. 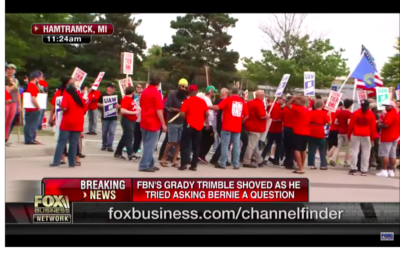 We want to thank Fox Business News for allowing our crews to be a part of this shoot and tell this story! We look forward to working with them on upcoming projects.