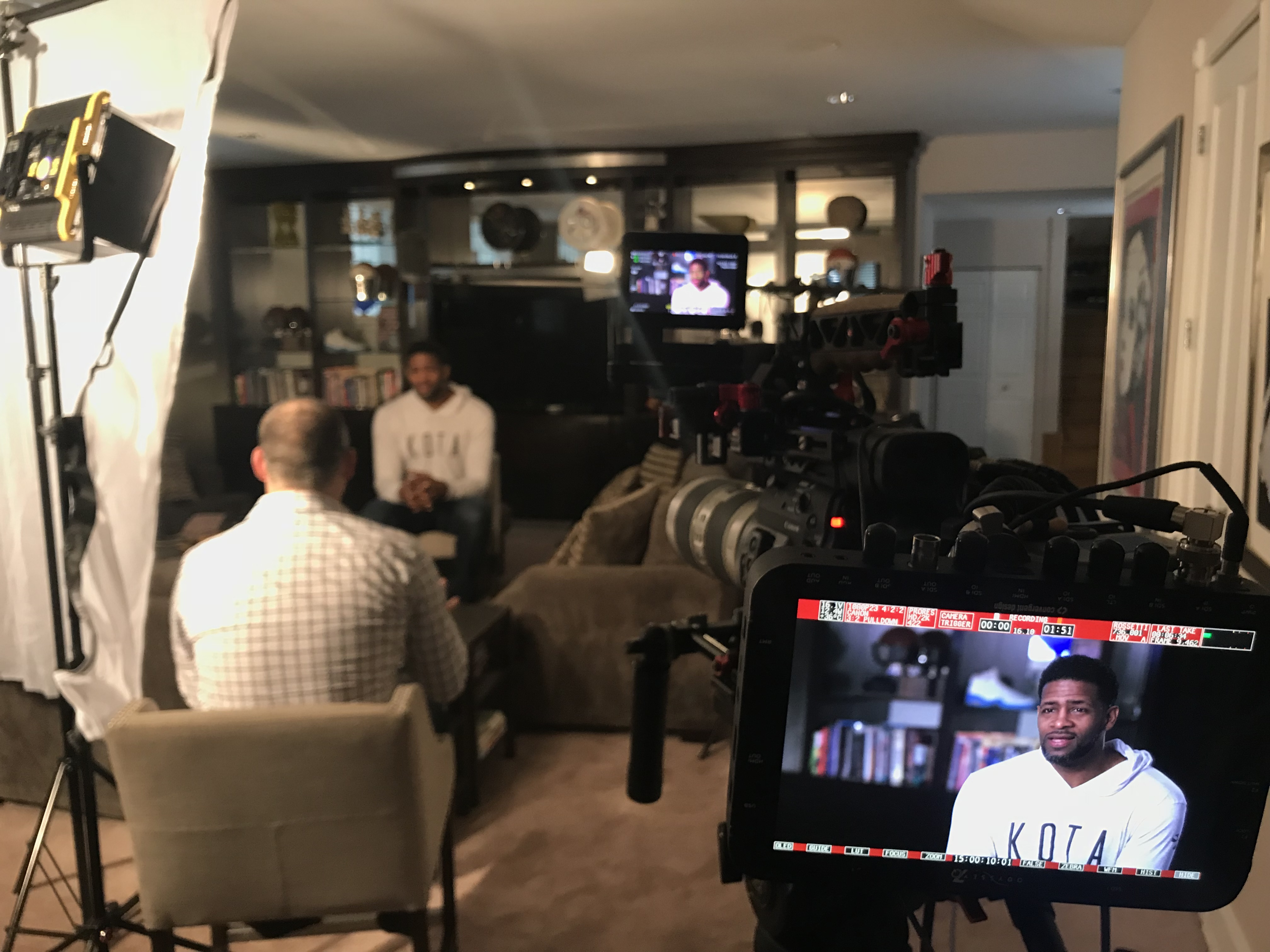 “There are some things I never really expected to do when I signed up to become a cameraman. A lot of them, however, seemed to fit the job description; slimming NASCAR drivers for Nickelodeon, shooting ride-alongs with WWE Superstar, or traveling to a cattle farm in Omaha, Nebraska when the thermometer reads -5F. One thing that I never in a hundred years expected to film, however, was Jackie Robinson’s high school yearbook. Yet, that is exactly what I had the chance to do recently for Turner as part of a feature on Jackie.” – Chicago cameraman, Matt Rossetti 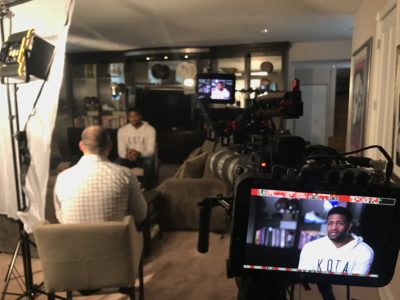 Recently Turner and our camera crew met the son of one of Jackie Robinson’s childhood friends. He had all sorts of old pictures, yearbooks, and newspaper clippings from Jackie Robinson’s early life before he became the larger-than-life sports Legend he is known as today. Our crew interviewed him and heard all sorts of great stories about Jackie’s past running track in high school, and winning the state title with his older brother.

Fun fact: Jackie Robinson’s older brother Mack won the Silver Medal in the 200 during 1936 Olympics. He was overshadowed by Jessie Owens winning Gold!

Once we finished up the interview and got some b-roll of the yearbooks, we traveled a few minutes west and arrived at former NBA Guard Kendall Gill’s house. Kendall Gill was a member of the 1992-93 Charlotte Hornets team, and joined other greats such as Muggsy Bogues, Alonzo Mourning, and Larry Johnson, to take the Hornets to their first playoff berth. There they upset the Boston Celtics in the first round.

For our interview with Kendall Gill we were given a lot of space to work with. His basement has a lot of sports memorabilia both basketball and boxing (Kendall took a stab at boxing after his NBA career ended). Our crew used the memorabilia as the background. Go To Team’s Apprentice, Sam Caravana set up the lighting and chose to shoot an Arri 650 fresnel through a sheet of diffusion to allow for a nice soft key light. We filled that in with a light panel shooting through diffusion, and then lit up the background with a couple of smaller fresnels.

The interview came out really great and Kendall was a very gracious host, even going so far as to order the crew pizza for lunch! We certainly appreciated his hospitality and willingness to share stories about playing with some of the NBA’s greatest stars!

From Jackie Robinson, to Michael Jordan, and the classic Charlotte Hornets. It was quite the day of sports history for us in Chicago, and part of what makes Chicago such a fantastic sports city! We are honored that Turner wanted to work with Go To Team’s crews on this piece. We are looking forward to more projects together in the future!