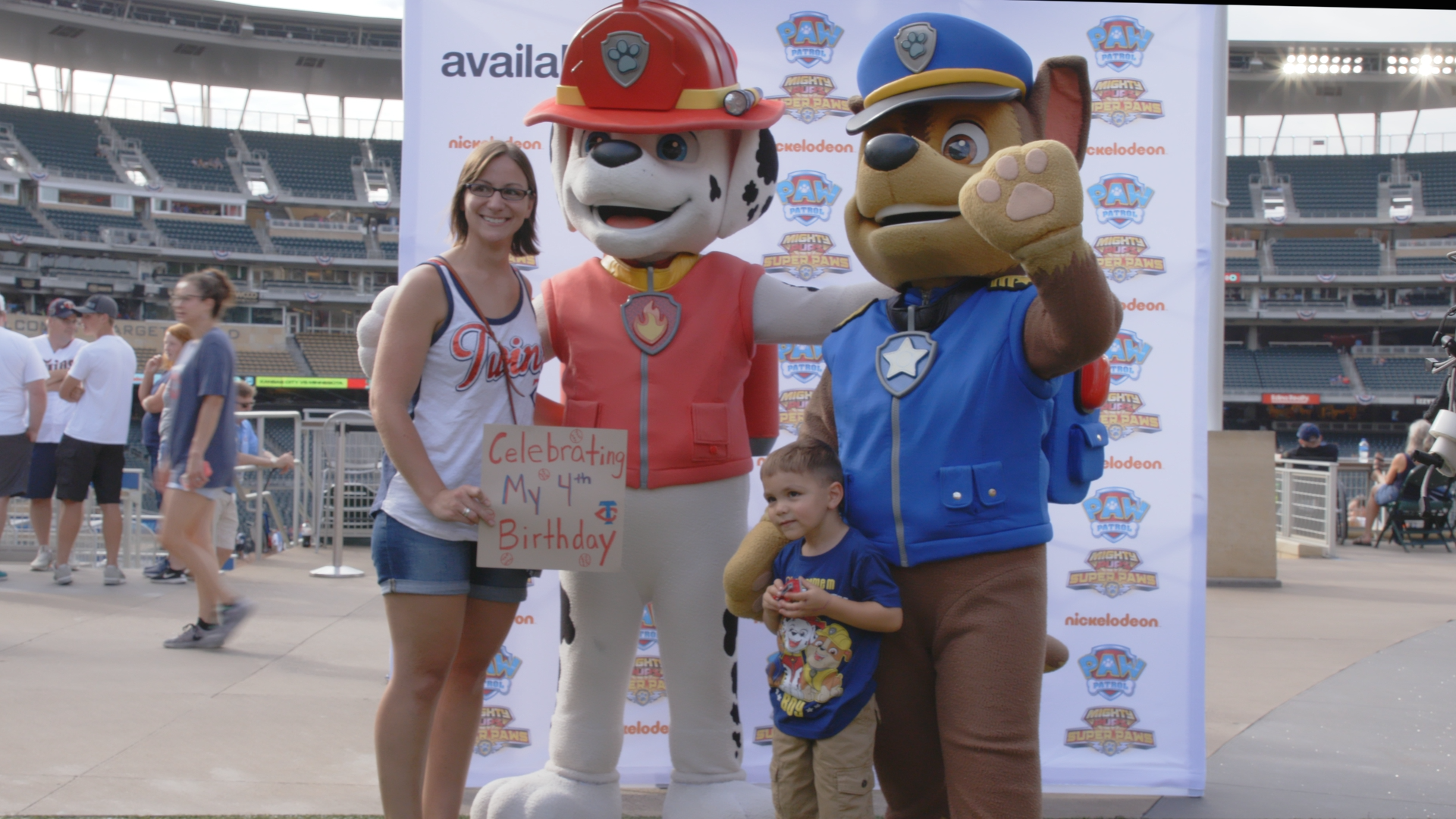 In light of Paw Patrol’s 6th Anniversary, Nickelodeon recently hosted a promotional event night at the Minnesota Twins game! The first 5,000 kids to enter the game received a new Paw Patrol True Metal Car and a tattoo sheet, to the little ones – this was a BIG deal!

Sounds like an exciting night for both kids and parents! 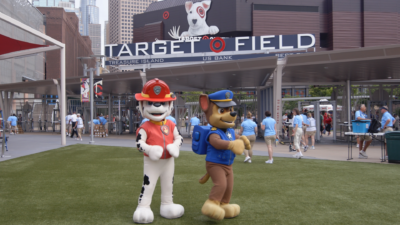 Go To Team’s Chicago Cameraman, Kyle Kaiser, was there to capture all of the excitement! Kaiser shot a majority of b-roll for the event using a Sony C300 camera and Tom Colvin was on audio. 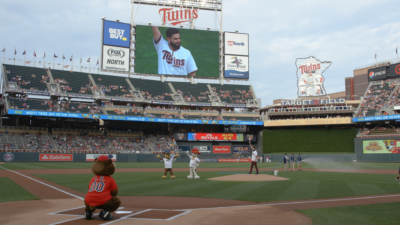 The shoot began by filming the Paw Patrol Mighty Twins mascots interacting with kids at the game and giving the first 5,000 to arrive their themed gifts! Our crew then shot the throwing out of the first pitch, which featured the Paw Patrol and Twins mascots! Our team finished up the shoot by capturing b-roll of kids interacting with Nick and Target staff and b-roll of the LED screen ads that Nick and Target ran throughout the evening. 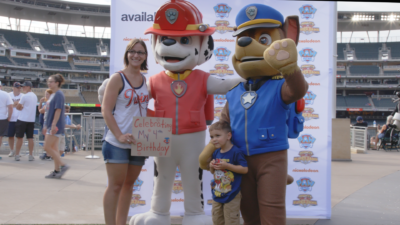 Thank you to Nickelodeon and Target for choosing to work with Go To Team’s Crew! We had a blast working with you and seeing the smiles you put on so many faces!