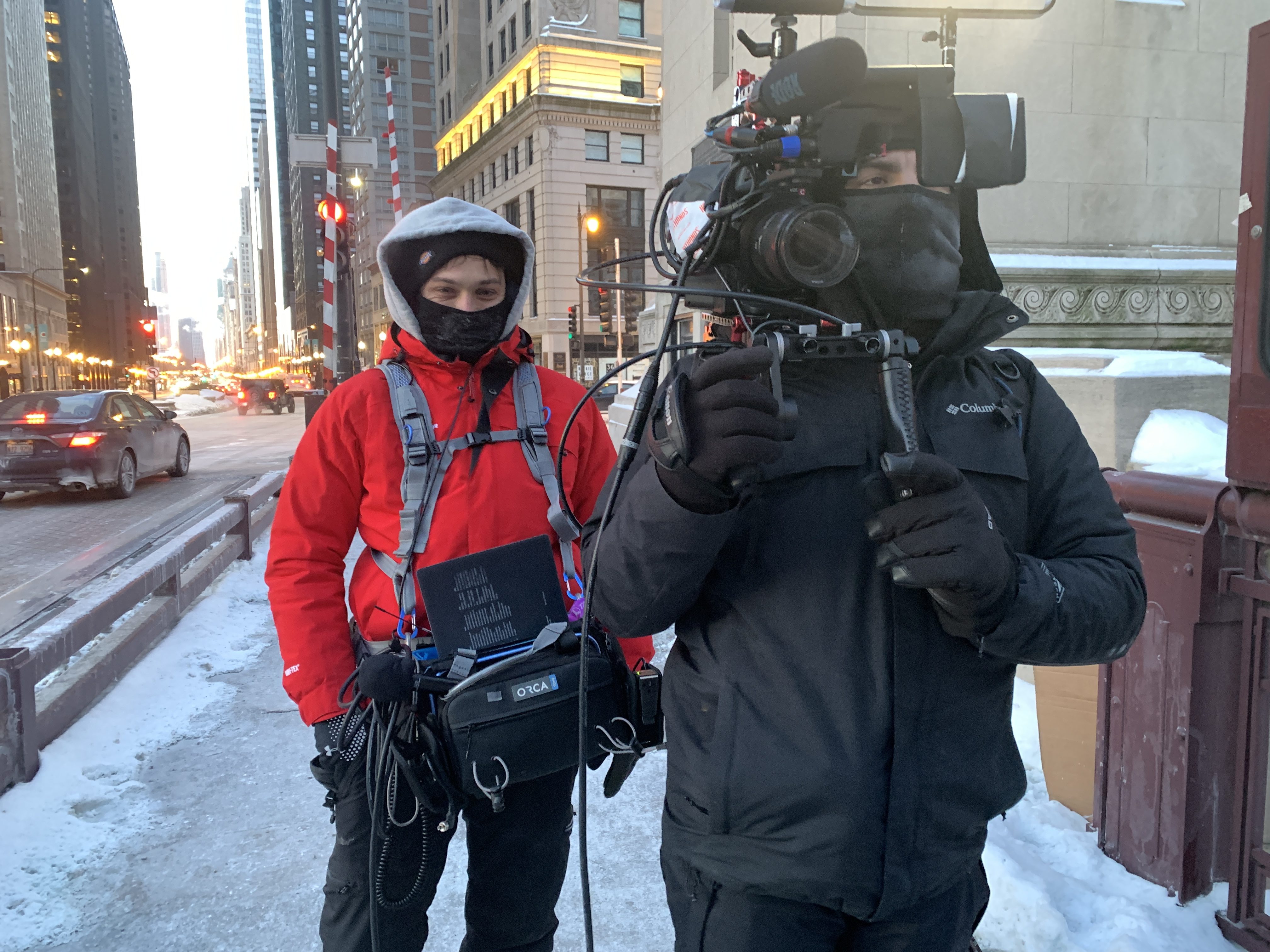 The polar vortex hit the Midwest once again and with it came record-shattering cold temperatures and severe wind chills. Chicago saw temps drop below -15°F and -20°F with wind chills closer to -50°F and -60°F. It’s been 150 years since temperatures were that low in the Windy City! On top of that, some parts of Minnesota were considered the coldest place on Earth (yup, even colder than Antarctica). 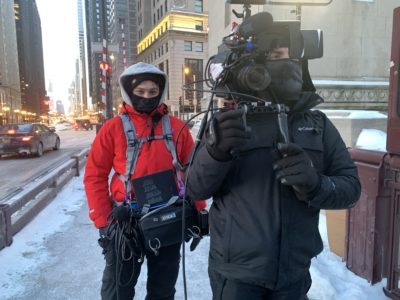 When it’s that dangerously cold in one of the U.S.’s largest cities, it means only one thing. The Weather Channel will be there and they will be outside. Go To Team’s Chicago cameraman, Matt Rossetti, and his Apprentice Sam were tasked with shooting live hits from 6:00 AM until 10:00 Am on the frigid streets of Chicago. 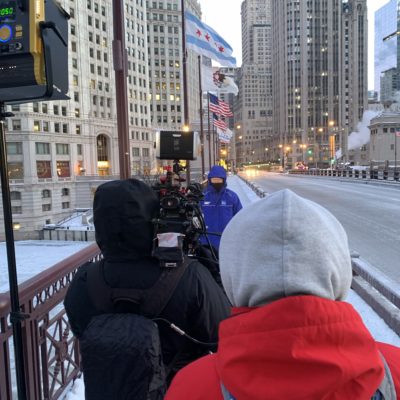 “We showed up around 4:00 AM and loaded our gear into the lobby of the LondonHouse Hotel on Wacker Drive (shout out to them for hosting us and having heaters in the lobby)! We prepped the gear and ourselves for our first live hit. I wrapped both my LiveU battery and my camera battery with hand warmers, while I added extra layers under my heavy coat and to my hands. I knew I wouldn’t be okay in -20°F with just one pair of gloves on, despite the added difficulty of operating a camera with the added bulk.” – Matt Rossetti

Throughout the day our crew did roughly two live hits per hour. It was so cold that some of the buttons on the camera froze and ceased working until the crew was able to bring it back inside. The LCD screen Matt used as his primary viewfinder for the camera also began to freeze. LCD stands for Liquid Crystal Display, and the liquid in the display had in fact frozen.

“This caused a really trippy screen delay anytime I moved the camera making it quite difficult to see what I was doing.” – Matt Rossetti

Besides those two malfunctions, however, the camera and LiveU held up well. Our crew did not experience any additional technical issues during any of the hits and no batteries died at inopportune moments. 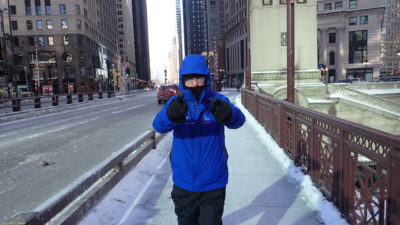 “It was easily the coldest weather I’ve ever experienced, and I will remember the icy cold air and wind for a long long time. The amazing Weather Channel crew made the bitter cold bearable. We can all say we survived the 2019 Polar Vortex!” – Matt Rossetti 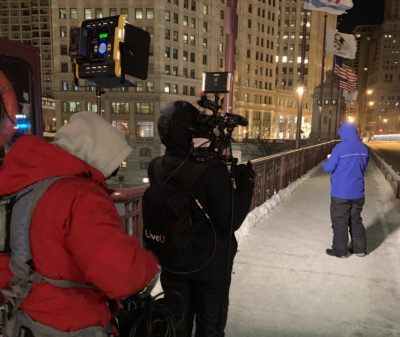