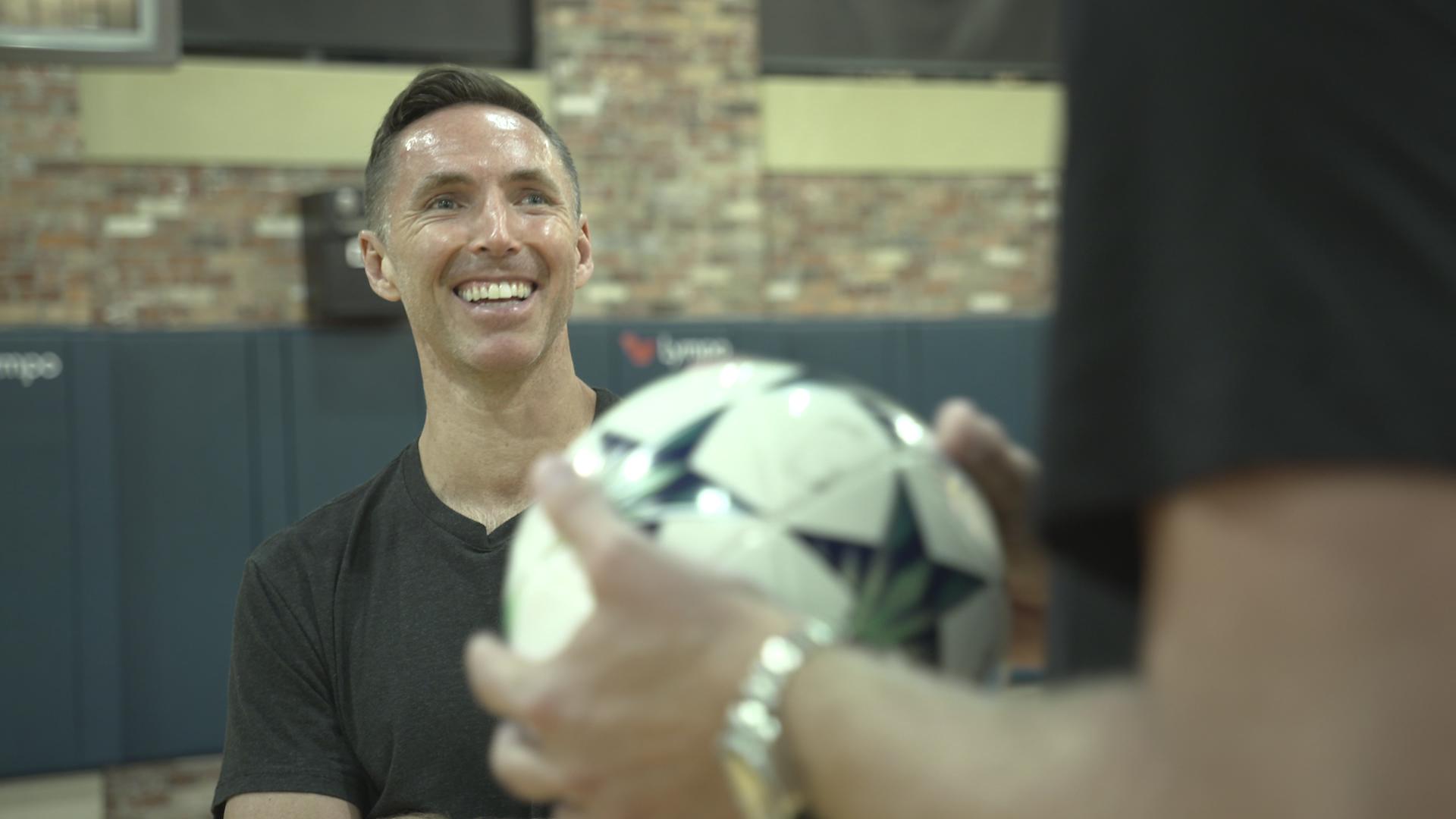 Who doesn’t love a good reunion? Former NBA basketball players, Steve Nash and Dirk Nowitzki, recently took a walk down memory lane and reminisced in their playing days in the NBA. The two athletes don’t only share a love for basketball, but also soccer, which they claim as their first love. This September, Steve Nash, who is now a soccer analyst for Turner Sports, invited Dirk Nowitzki to the American Airlines Center to shoot some hoops, kick around a soccer ball, and talk about the good ol’ days. 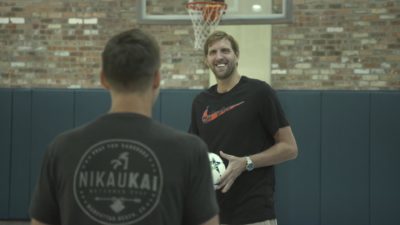 The crew started the day by filming the two athletes arriving in a Range Rover. After their stylish arrival, they headed to the weight room where Nowitzki and Nash talked more about soccer and then even did a “header challenge”! This is when two players take a soccer ball and see how long they can bounce it off of each others heads. The guys proved that even though they are retired they still got it! And of course, to wrap the day up, they had to play a little basketball just like old times.

“This was an awesome shoot! Watching Nowitzki and Nash talking was truly a lot of fun. I am really grateful I got to be apart of this shoot!” – Jordan Woods, Cleveland Cameraman 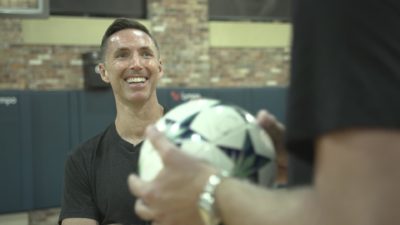 The crew utilized a Sony F5 camera with the Fuji 55-135 for the shoot, which helps get accurate and crisp tight to medium shots. This setup also helped them capture amazing high contrast shots of the interview.

Thank you so much Turner Sports for having Go To Team crews help shoot this reunion interview. We had a great time, and are looking forward to upcoming projects together!