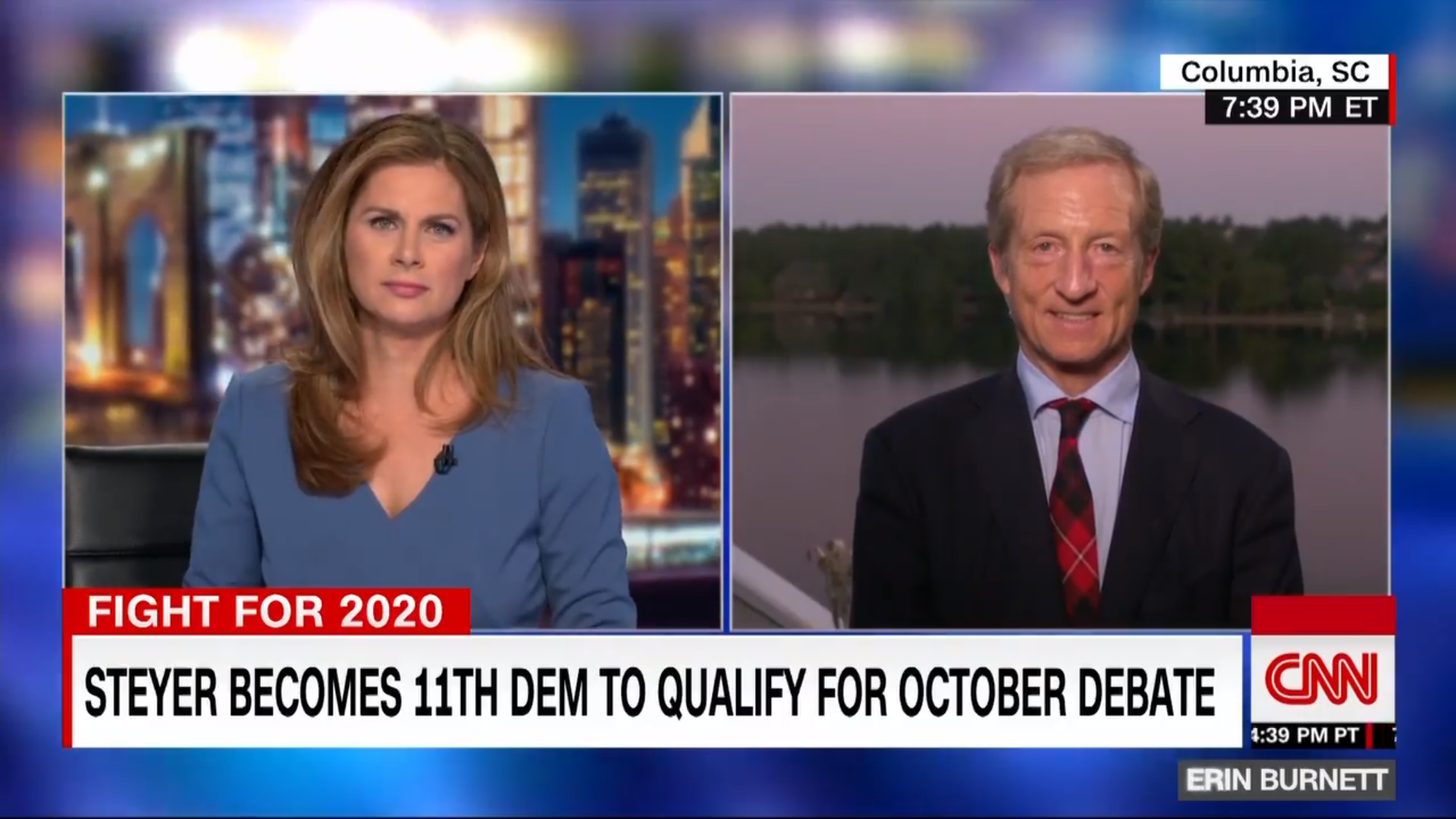 The 2020 presidential campaign is well underway!

Tom Steyer, an American billionaire, philanthropist, activist, and democratic candidate for the 2020 presidential election, made his way to Columbia, South Carolina on September 11th for a residential fundraising event.

CNN interviewed Tom Seyer while he was in town for the fundraiser and Go To Team’s Columbia, SC cameraman, Craig Goodale, was there to help cover it all! The interview aired on the Erin Burnett OutFront show, click here to watch the full interview.

Craig used a Sony F55 to film the interview. For additional lighting, 2 Astra LED light panels were positioned outside of the frame. A LiveU was necessary to transfer footage to the client. When filming news shoots, our crews almost always use a LiveU device. These portable devices work great for high-quality video streaming and live broadcasting! 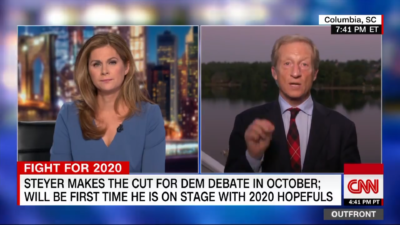 Our crews film a variety of different interview shoots, from corporate interviews to reality tv reunions to post-game interviews, and more. Interview shoots all have a common goal, to get across what the interviewer and interviewee has to say. However, different techniques and equipment are required depending on the type of interview that is being filmed. Political interviews are straightforward, professional and crisp, the focus is solely on the subject centered in the frame. 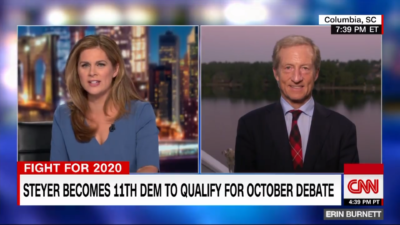 CNN will be co-hosting the fourth Democratic debate on October 15th & 16th in Westerville, Ohio. Thank you to CNN for choosing Go To Team!