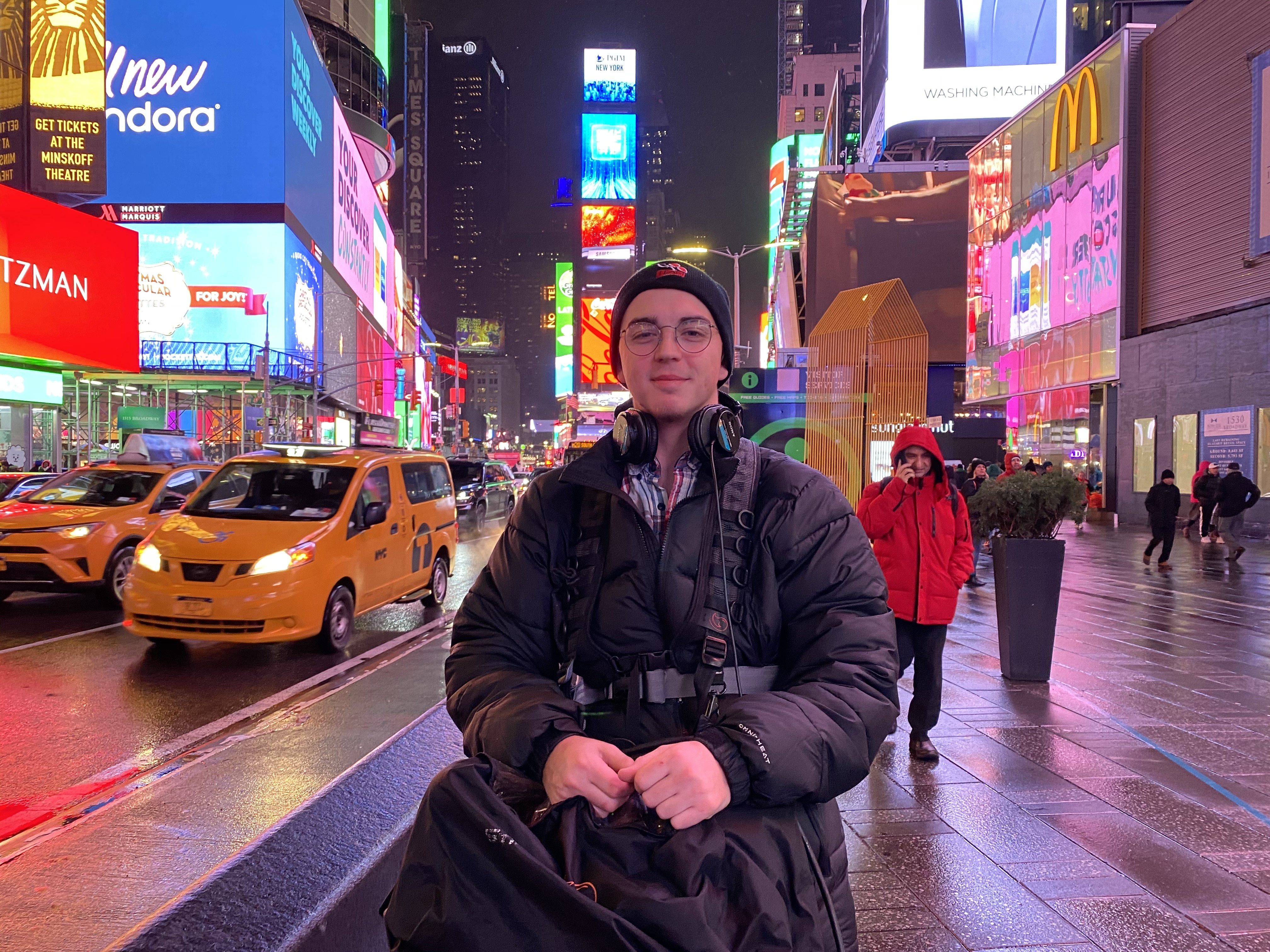 Those in the Northeast faced trouble traveling back from their Thanksgiving day plans as this region faced up to twenty inches of snow. Winter Storm Ezekial entered through the West Coast in California and Oregan then continued to move slowly east and brought snow and extremely strong winds across the Midwest.

The Northeast took the brunt of the storm with freezing rain and sleet hitting that region in early December. Central Park in NYC measured in with 1.6 inches of snow and The Weather Channel was in New York to cover the live updates of the Winter Storm.

Go To Team’s Columbia DP, Craig Goodale, and apprentice, Ben Giddens, joined The Weather Channel for their live coverage. The first day of shooting took our crews to Central Park with a Weather Channel correspondent as they discussed the first big winter storm of the season. Coverage also took place near the Brooklyn Bridge and downtown in Times Square. 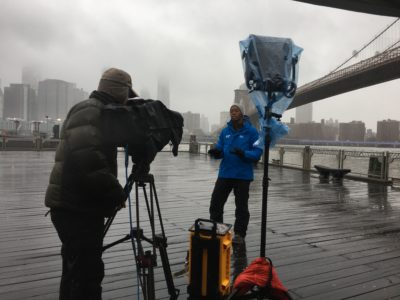 Along with standard coverage, our crews filmed interviews with several families that were in the action of the storm. While in Times Square, our crews caught a live proposal and interviewed the newly engaged couple!! 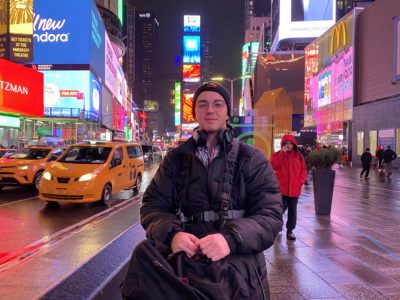 Since all of the shots were outside and the weather did not permit excellent lighting, our crew used a Litepanel Astra for the exterior shoots and a Panasonic HDX900 camera to capture the interviews and coverage with the correspondent. 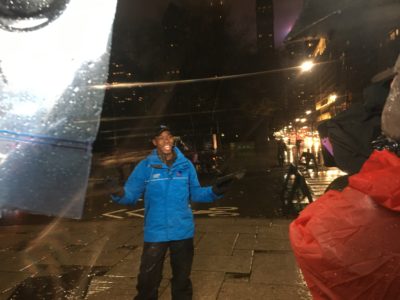 Thank you to The Weather Channel for allowing Go To Team’s video camera crews to be a part of this Winter Storm Ezekial coverage!! We look forward to working with you on future breaking weather coverage!