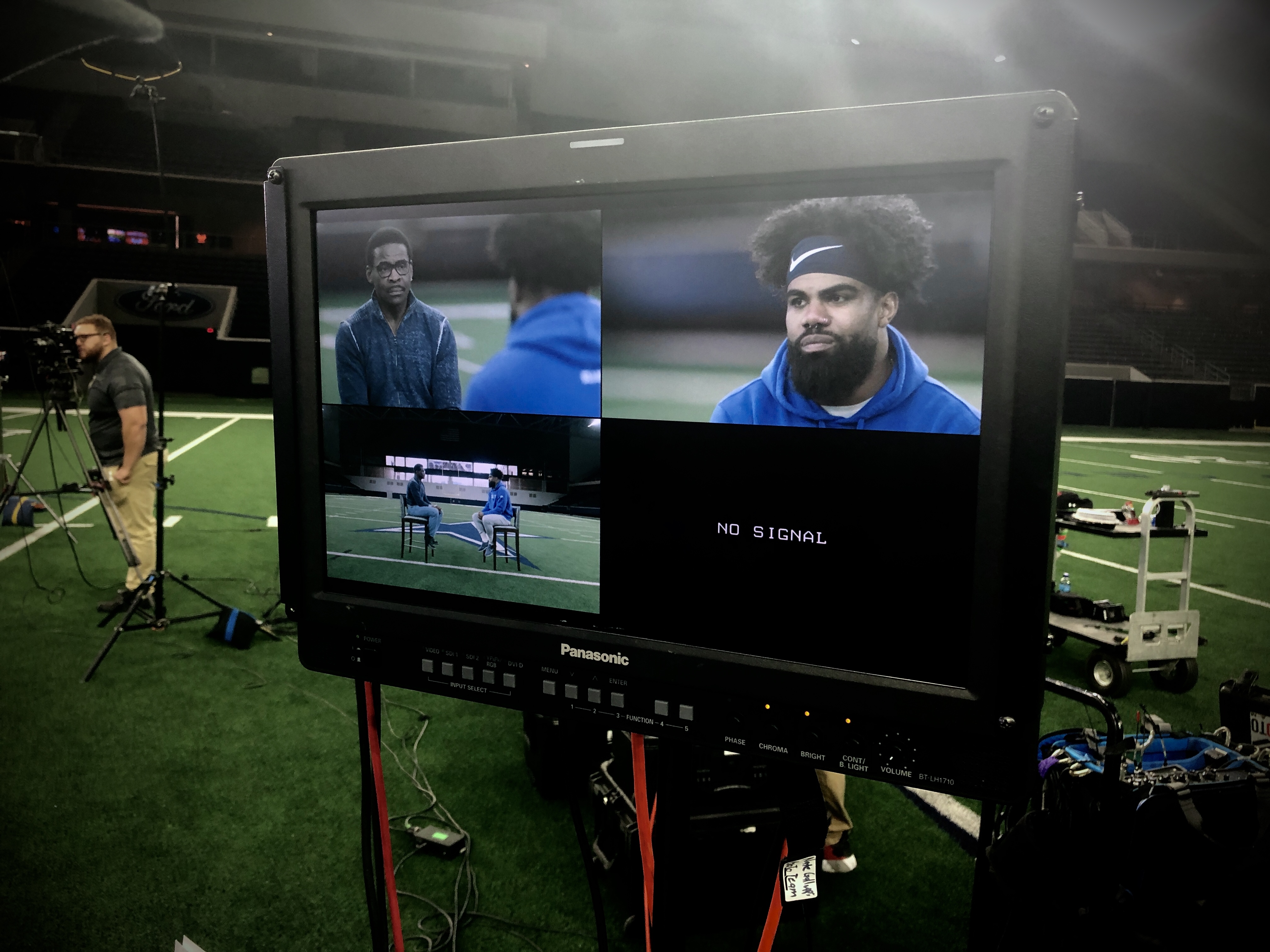 “They are not going anywhere without Zeke. That is how important he is. We can all go home.”

Words from former pro-baller and Dallas Cowboy player, Michael Irvin, about current Dallas Cowboys’ running back, Ezekial Elliott. Controversy populated the last few months regarding Ezekial’s contract with the Cowboys, and whether or not the star player would re-sign.

Michael Irvin is passionate about the Cowboy team and recognizes that their chances of moving forward if they don’t have Zeke on their team are slim. 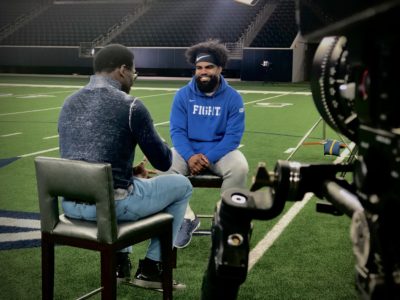 He also previously stated: “I love Zeke, but I love the star more than anything. And the star is not the star without Zeke, so by proxy that puts me on Zeke’s side,” Irvin said. “We need Zeke.”

As of early September, Zeke agreed to a new contract with the Cowboys. His new agreement spans six years and is a $90 million extension. The new contract makes him the highest paid running back in the NFL.

Recently, NFL Network and Michael Irvin headed to the Dallas Cowboys practice stadium to interview the Ezekial about his experience this year. 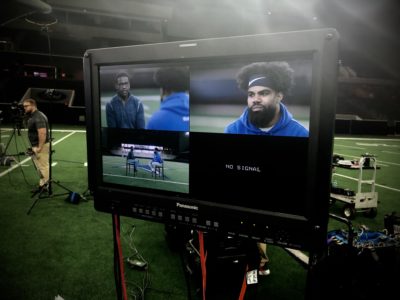 NFL Network worked with Go To Team’s Dallas DP, Nate Galluppi, Boston cameraman, Reinaldo Gentile-Rondon, and Waco DP, Roger Woodruff to capture it all! The interview aired during Sunday’s game between the Cowboys vs. Eagles game.

The crew utilized three Sony F55 cameras to capture the interview of the two football legends. Two of the cameras were setup as single shots of the talent with the third being a super wide two shot, which was mounted on a slider. They were set up on the 50 yard-line and lit the athletes with two 400W HMIs and accented parts of the background with a 1k Tungsten light and two LitePanel Astras that hit key areas.

Our crews enjoyed the experience of capturing the interview of Zeke and Irvin at the Cowboys practice stadium Thank you so much to NFL Network for allowing our video camera crews to help capture the action! We look forward to working with you on future touchdowns!