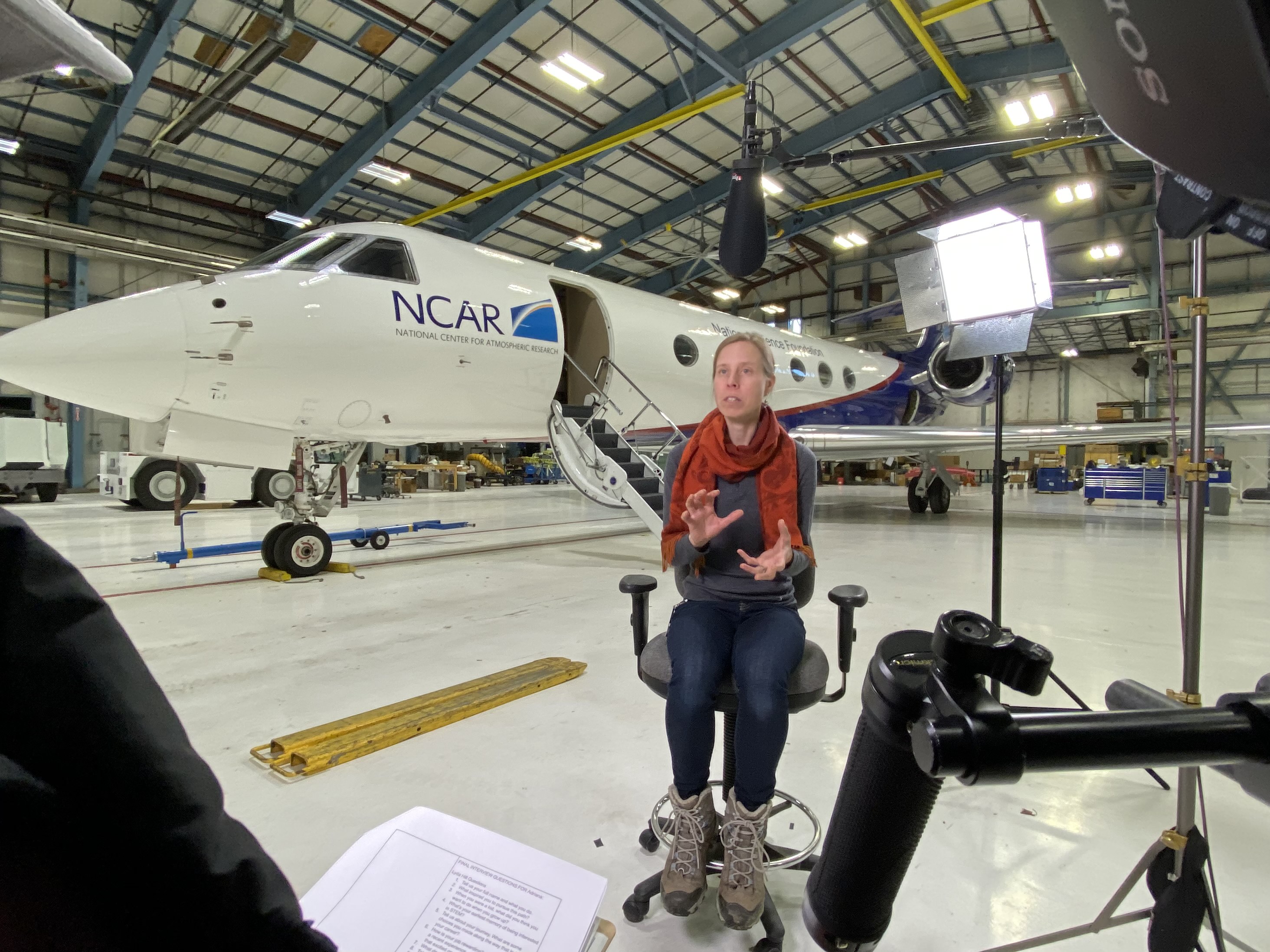 Have you ever heard of NCAR? If not, you need to check them out. After spending a day with their team and learning what they do, we have to say, we’re blown away!

Simply put, The NCAR Jet is an airborne lab that flies all over the world. The Jet can reach 51,000 feet and enable scientists to collect water data from the tops of storms as well as the lower edges of the stratosphere. Pretty dang cool if you ask us!!

Go To Teams Denver DP, Ryan Dumville, teamed up with Mission Unstoppable‘s Erica Hernandez to go aboard a research aircraft at the NCAR facility in Broomfield, Colorado.

Ryan spent the day with Erica and a lead scientist as they walked us through the jets purpose, capabilities, and instrumentation, as well as, the lab machines on the ground study the water samples. 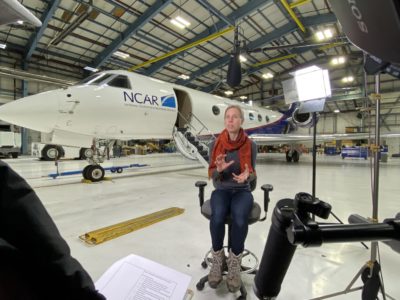 “Needless to say we were awestruck. Imagine flying from daylight Into complete totality (darkness) for 12 minutes from the air and back to daylight again. It was the coolest video I’ve ever seen of an eclipse so far.” – Ryan Dumville

Our crew used Sony F5 camera to capture the shots for this episode of Mission Unstoppable. They started the day by filming in an airplane hangar, which was very well lit and made shooting the exterior of the planes a breeze. The rest of the day was filled with lots of show and tell and walk and talk style coverage.

Challenges were faced once the shoot moved into the interior of the plane because it was very cramped to film in. That said, Go To Team crews are trained for these exact scenarios and handled the challenge gracefully.  To offset the small space, our crew bounced some LED panels off of the ceiling to provide a nice wash of diffused light for our correspondent and guest. The day was wrapped up with interviews in the hanger which we lit with 1×1 Led panels. 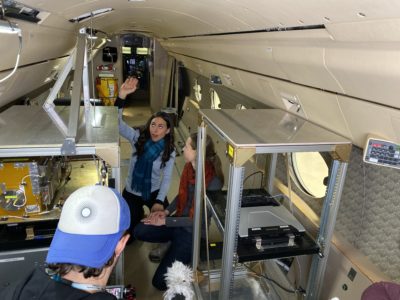 “I think the highlight of the day was meeting a fellow crew member and a pretty epic video he shared with the crew. He proceeded to pull out his phone and show a timelapse he shot as they were flying through the 2019 solar eclipse in the Southern Hemisphere.” – Ryan Dumville.

Thank you to Mission Unstoppable for allowing Go To Teams video camera crews be apart of another awesome episode!! We look forward to working with you again on future episodes!