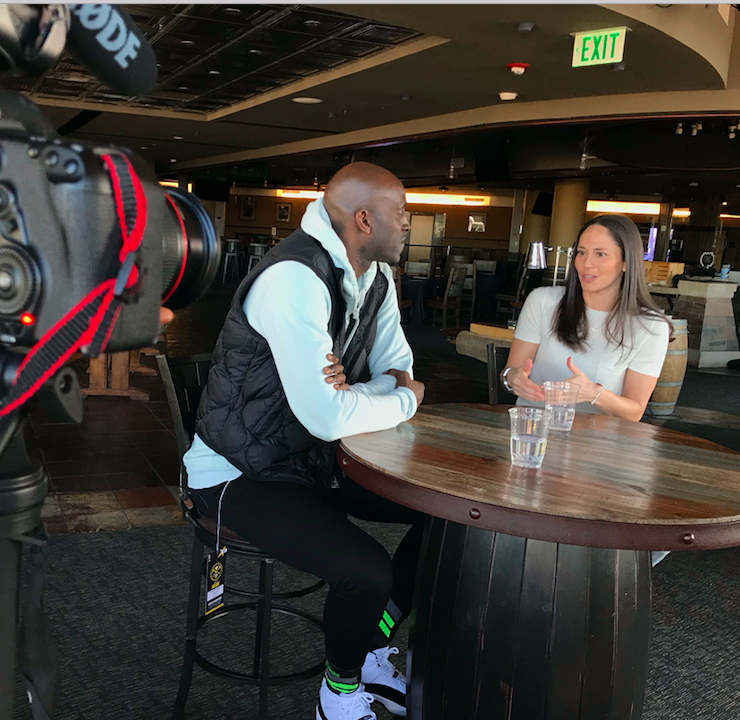 Unfiltered, unapologetic and straight up KG. Kevin Garnett has taken over the television world with his show, Area 21, since his retirement.

Our Denver cameraman, Ryan Dumville, recently worked on a shoot with TNT’s Area 21 which involved a sit-down interview, and B-roll, with WNBA legend Sue Bird. 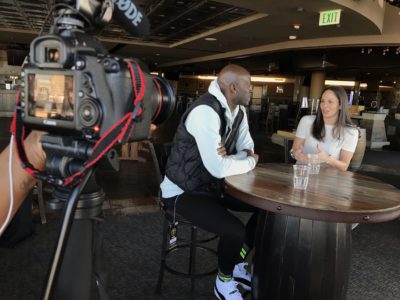 Our crew went down to the court to capture Kevin’s interactions with players during pregame warmups. We then shot some game time interaction with KG and Sue as they watched from the box seats. 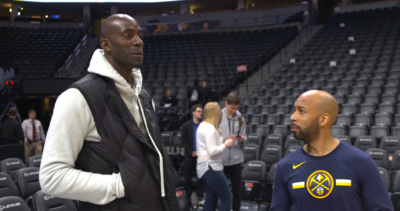 The shoot day started at 1:00 PM. While waiting for the talent to arrive, the crew was able to set up lighting for the interview at 3:30. The interview was shot in a huge restaurant space inside the Pepsi center club level.

The club level offered a ton of natural light to key with. The only additional lighting needed was provided through 2 daylight LED Panels. The LED Panels were used as a backlight for the subjects.  This helped separate KG and Sue from the restaurant background. 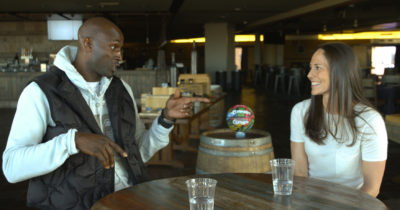 The interview segment of the show focused around Sue and her continued professional career as a player. They also discussed her future role of operations associate for the Nuggets.

Sue is stoked for her new role here in Denver. With the nuggets ranking second in the Western Conference, just behind the warriors, there’s a lot of exciting momentum moving forward here in the mile high city.

To see more episodes of Area 21, see the schedule here!