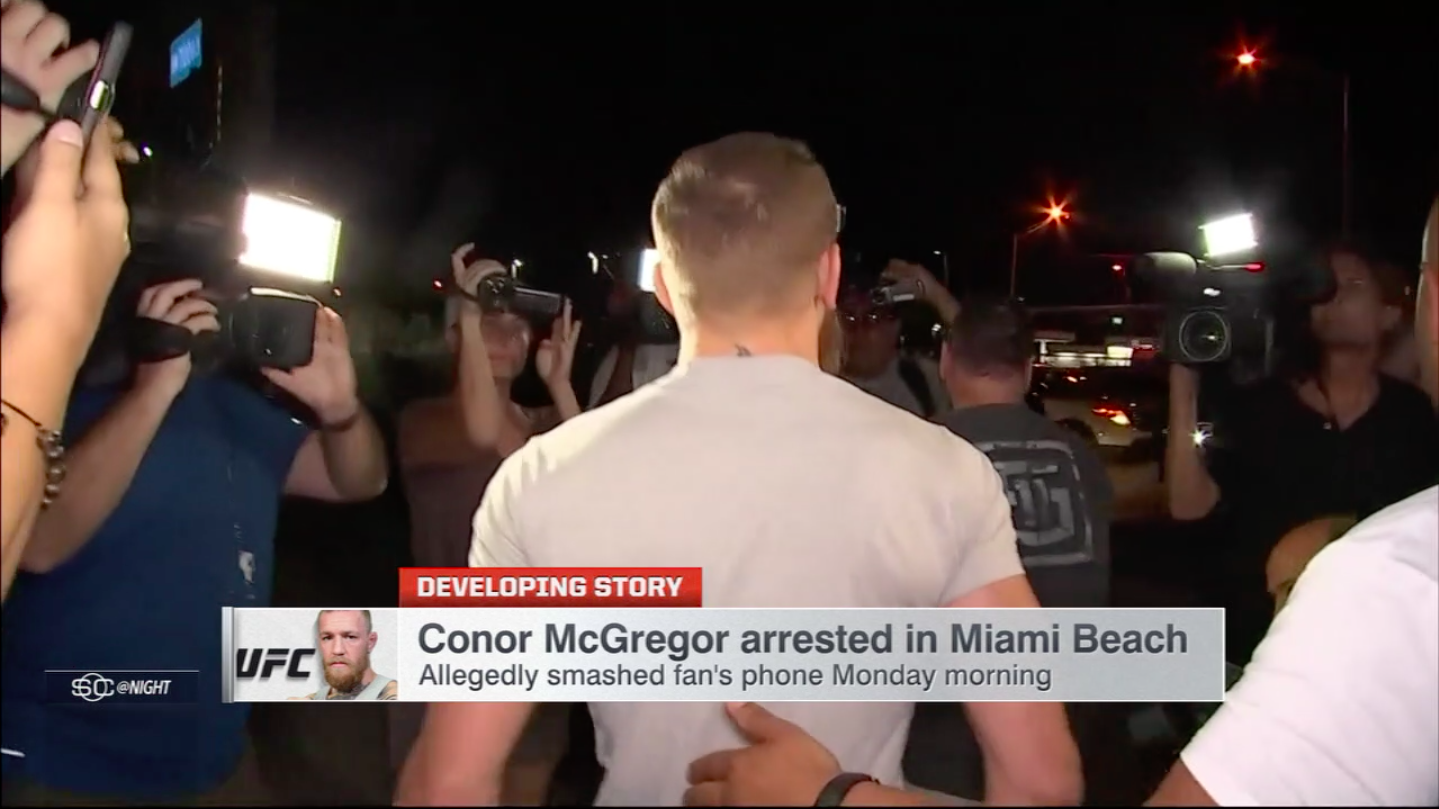 How terrifying (yet slightly awesome) would it be for Conor McGregor to smash your phone? One fan in a Miami nightclub is able to claim this experience when they tried to snap a photo with Conor McGregor. 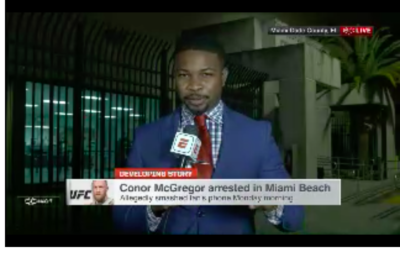 McGregor was not having it, and in all his UFC glory, stomped on the phone several times. ESPN was there to help cover the story live and chose to work with Go To Team’s Miami cameraman, Ryan Brower, to help capture it all!

This was Ryan’s first time in a situation where several media outlets were present trying to get one shot. That said, he performed like a pro. Our crew captured all live hits on a Sony F5 and transmitted the footage back to ESPN via a LiveU.

“This shoot was fast and exciting. I really enjoyed the challenge of having to work for the shot I needed alongside so many other reporters. It was truly a unique experience!” – Ryan Brower

The live hit consisted of an ESPN reporter discussing the assault and arrest. Our crew was able to do a bit more prep for the live hit, which is not typical in a breaking news situation. Ryan set up his battery litepanels to highlight the talent, which is very convenient to use when no outdoor outlets are present.

The portion of the segment that was recorded prior to the live hit was when McGregor was released from the jailhouse on bail. 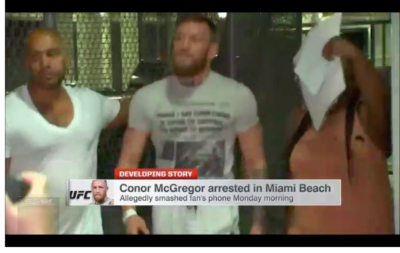 Thank you to ESPN for choosing to work with us on this piece! We look forward to working on more projects together in the future! Want to view the full story? Click here!