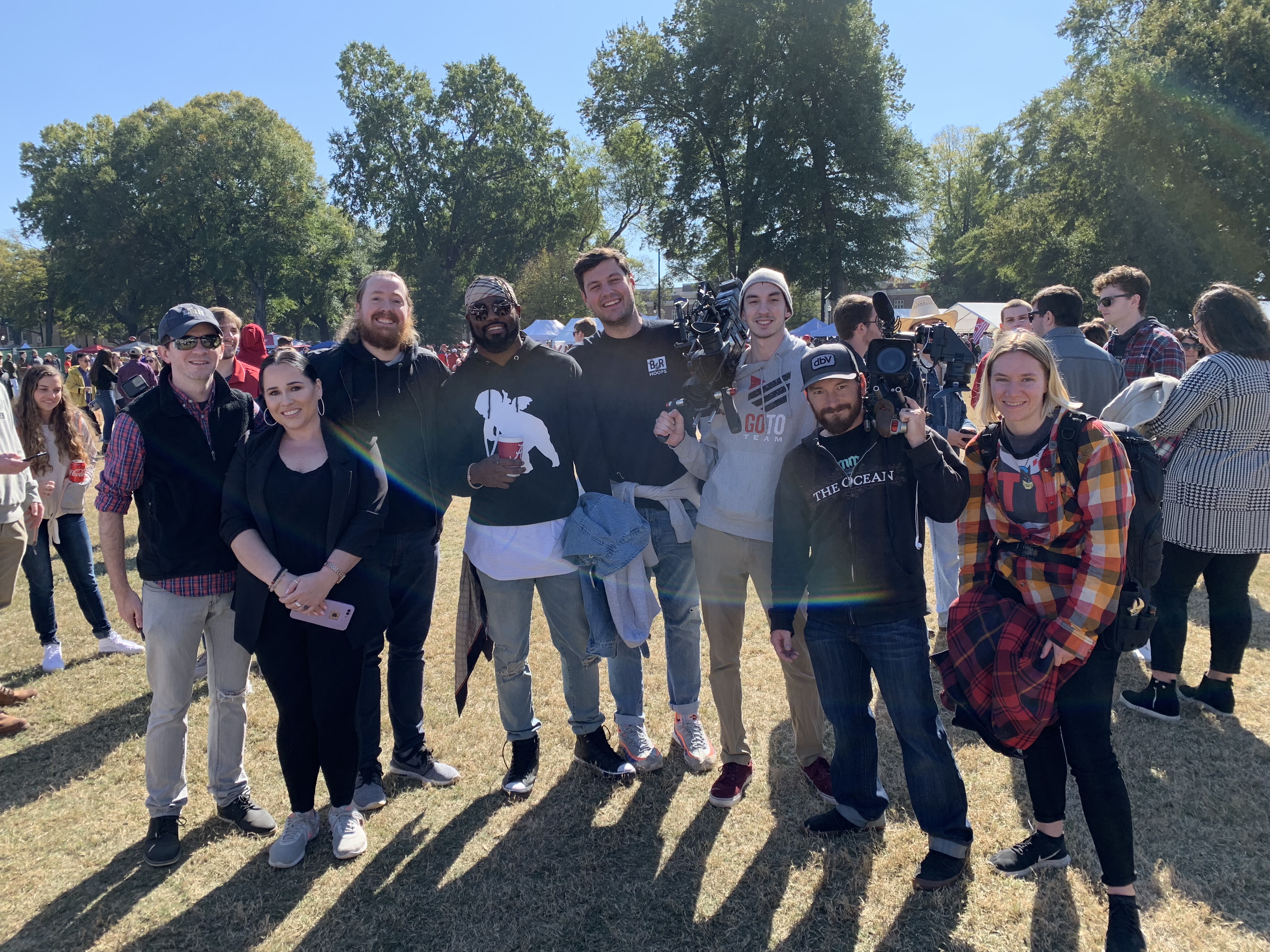 Roll Tide!!! Landon Collins, current safety for the Washington Redskins, took a trip back to his home turf at the University of Alabama for the Alabama vs. LSU game. He spent the day tailgating with fans to promote Right Guard deodorant, and let’s be honest, there’s no better way to promote deodorant than with stinky tailgaters. 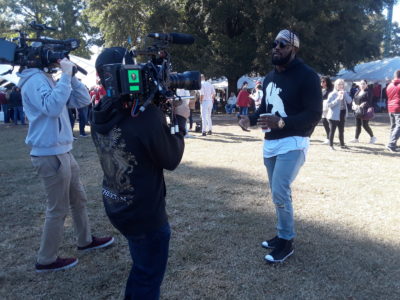 That said, it was a unique experience for Collins this time around as he was able to watch the Crimson Tide play with the fans of the game instead of on the field. 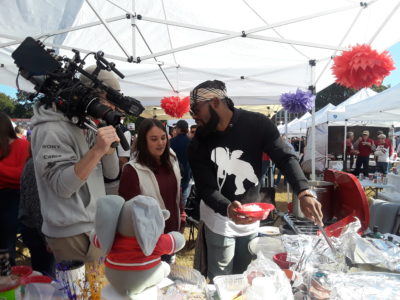 Bleacher Report headed to Tuscaloosa with our Nashville DP, Peter Leininger and apprentice, Emma Vogelmeier, as well as our Atlanta DP, Nate Silverman, to capture Landon hanging out with the Bama fans. The crew started the day off with Landon while he prepped for the game. This included shots of him getting out of bed, putting on Right Guard deodorant, and talking about what it will be like to be back at his Alma Mater. 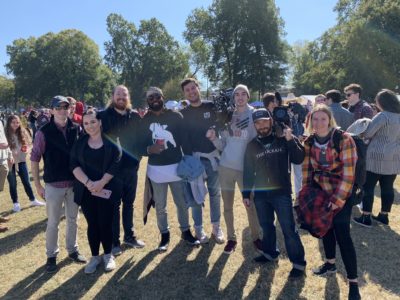 The two major segments of the promo came with their own unique challenges. The set up for the shots were informal, there was limited lighting and use of wide-angle lenses. A Sony F5 camera was used to film the shots of Landon. However, the challenge came with the decor, the memorabilia on the walls, and the tight space of the bathroom. Afterward, the crew headed down to the Alabama quad to capture the tailgate with fans. This proved to be a challenge primarily because of the sheer amount of people and activity surrounding them. By carefully navigating around all of this, they were able to get a lot of great shots with Landon’s fans. 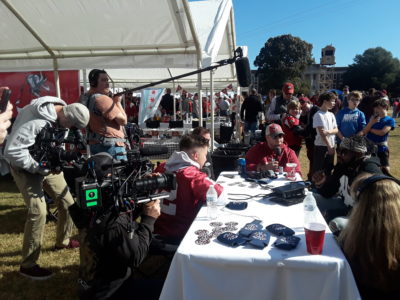 Landon was a total trooper; he was swarmed with people and handled it incredibly well! The producers made sure we got all the elements necessary for their piece, which will be released on Thursday. 10/10 would shoot again. 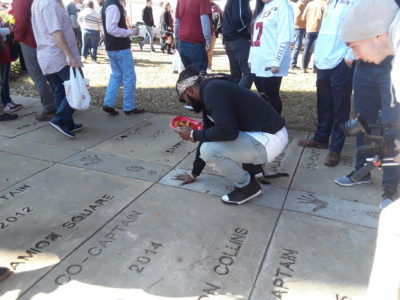 Thanks so much to Bleacher Report for using our video camera crews on this shoot. We are looking forward to working with your team more on future projects!