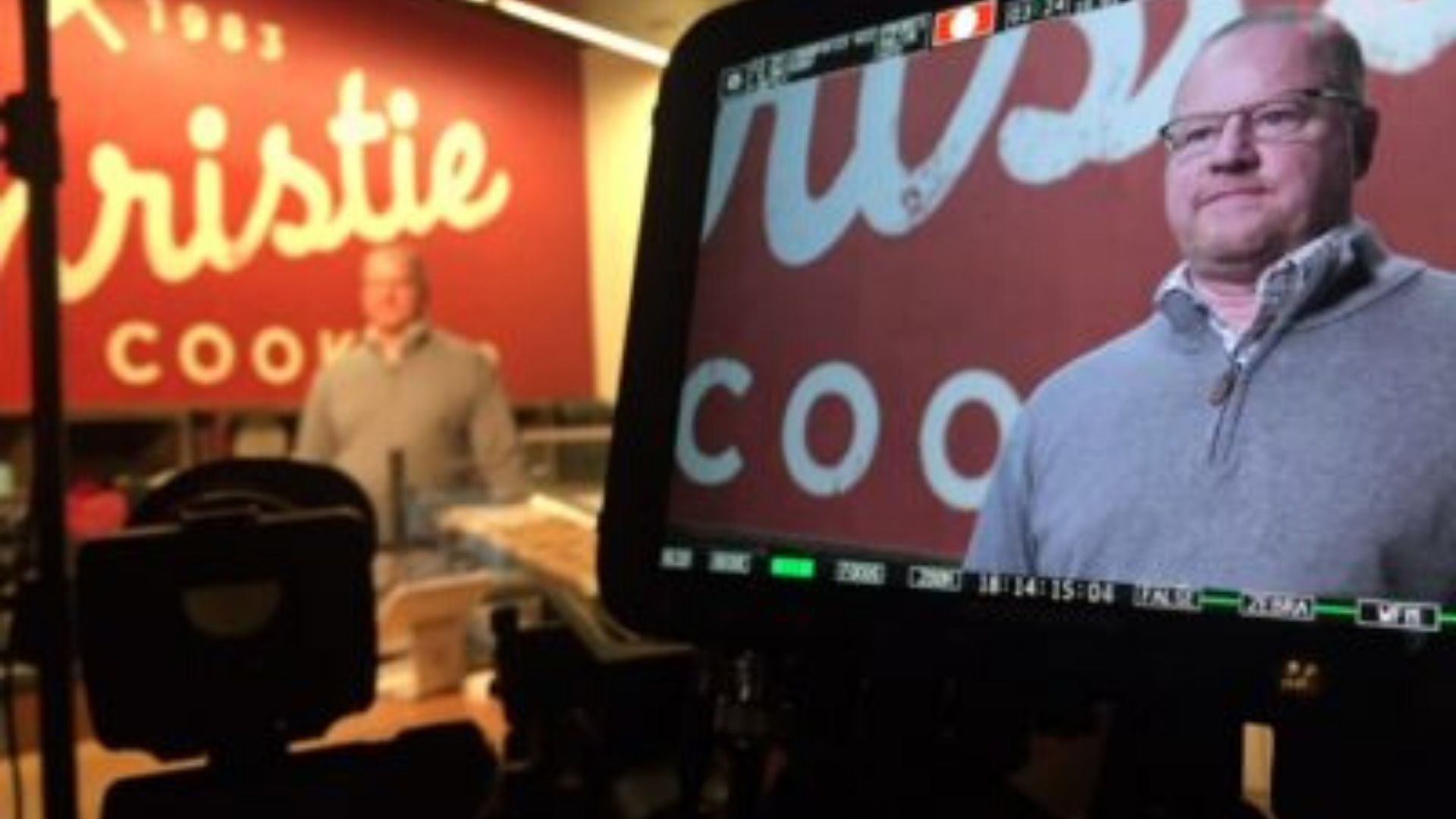 We’re just here to {bake} your day! Or at least Christie Cookie Company is. Did you know they are set to serve their one-billionth chocolate chip cookie to guests during check-in at the Hilton?

To highlight the monumental moment, Hilton Hotels chose to work with Go To Team’s Nashville DP, Peter Leiniger, and apprentice, Emma Vogelmeier, to capture interviews with representatives for a promotional video covering the milestone. 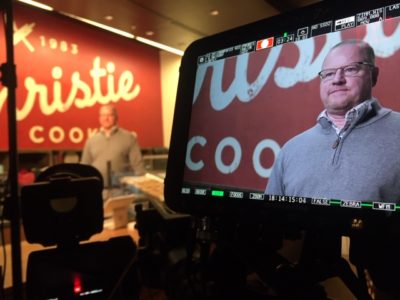 The first segment took place at the Christie Cookie Company production facility. Here, the crew shot B-roll of the cookie production, using a Sony F5 to capture each step of the process. Additionally, Leiniger shot close-ups of an employee packaging the cookies for sale. Meanwhile, Emma used the Sony a7S on a Ronin S to follow factory workers loading ingredients.

The crew then set up for an interview with Fleming Wilt, president of Christie Cookie Co. at the DoubleTree Hotel in downtown Nashville. Litepanels were positioned to illuminate the talent, and an Astra 6x was used for a key through a 4x silk. For audio of the interview, a Sanken mic was hidden with an RM-11 in the lapel of his jacket. We could basically be spies with this mic setup…

At the end of the shoot, a few of the store’s employees guided the crew through the in-store process of preparing and baking the cookies. The crew setup an Aladdin Lightmat mounted directly above the on camera talent for dramatic effect. Later, the Sony a7S was mounted similarly to get a shot looking down from above the subject while the ingredients were mixed.

We want to say a huge thank you to Hilton for working with Go To Team’s Nashville video camera crew to cover this sweet story! We look forward to working with you on your next project!