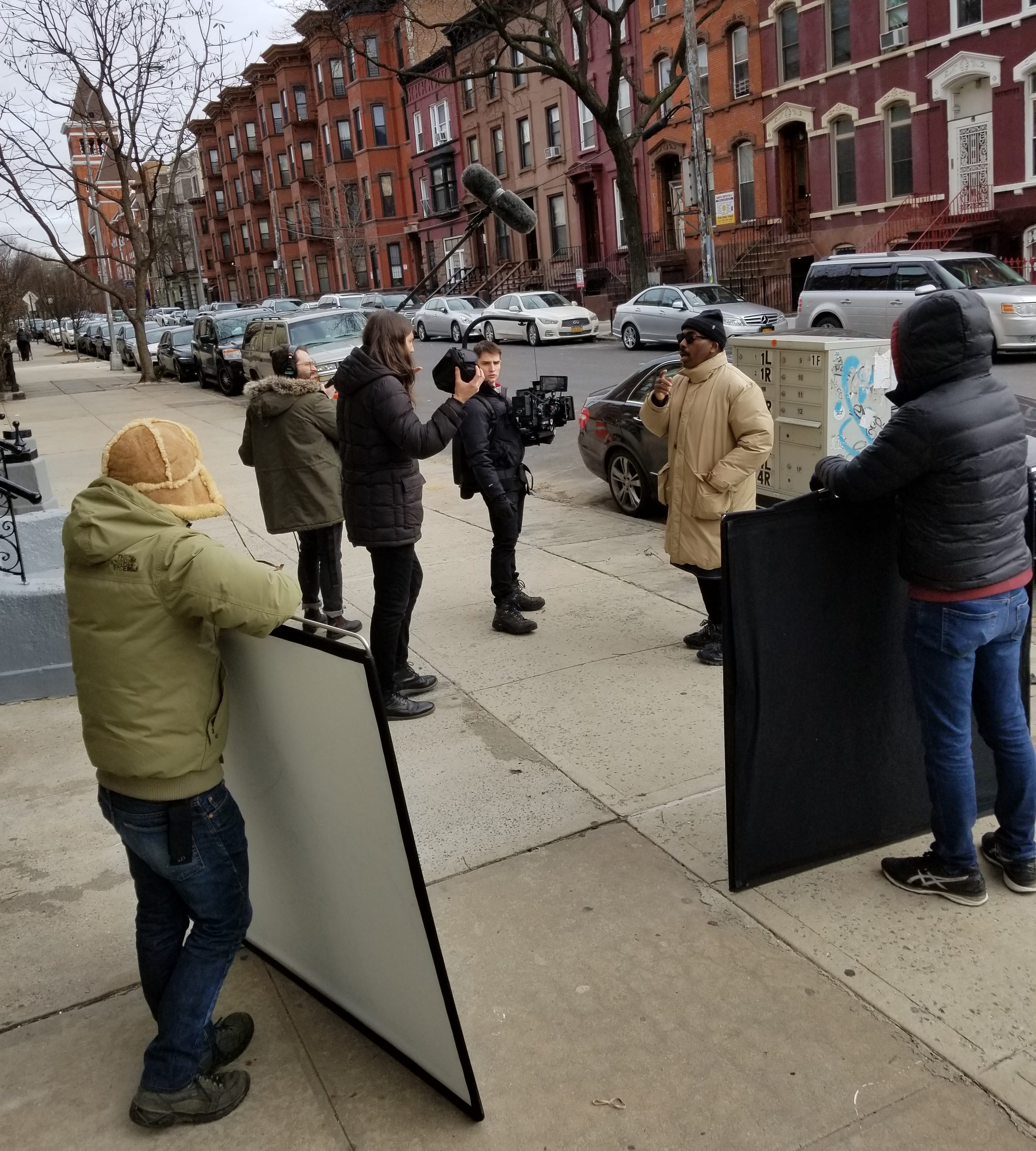 Black History Month is an annual celebration of achievements by African Americans and a time for recognizing the central role of African Americans in U.S. history. Woodson, who started Black History Month chose to hold the celebration in February because it coincides with the birthdays of Abraham Lincoln, whose 1863 Emancipation Proclamation ended slavery and Frederick Douglass, the famous social reformer who became a national force in the abolitionist movement. 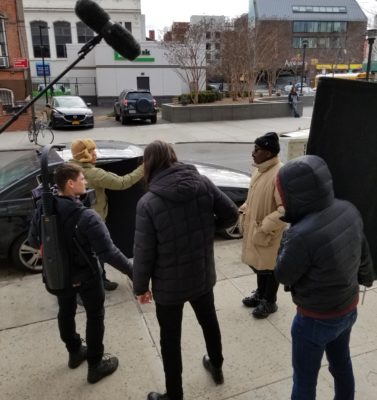 This year, HULU is creating five videos for their campaign that is all about highlighting African American artists for Black History Month. The goal is to showcase the work of these talented individuals. Go To Team’s New York cameraman, Reid Petro, was honored when asked to go behind the scenes with HULU and Derrick Adams, an amazing visual artist living in Brooklyn. 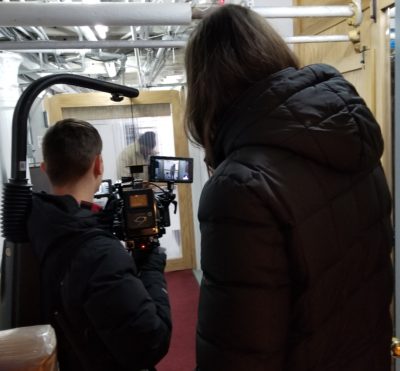 “I was beyond excited! Getting to tell the stories of other artists and see how they work is one of my biggest passions. It was my honor to help tell his important story!” – Reid Petro

Our crew worked with a really talented team on this project. Including the producer Vinny Pereira, gaffer Dave Burdette, key grip Kirk Nakamura, and our production assistant Matthew J Butler. We were able to move quickly and capture all of the content required for the segment!

The piece was shot on the Sony FS7 on Zeis standard speed lenses with an EasyRig Vario for a beautiful floaty look. The standard speeds were shot wide open for a creamy organic film look.

For our film, the environment was a character. Where Derrick works is part of him, so we included as much of his space as possible in the framing and really let the studio speak for itself. By showing the studio you get a glimpse into what Derrick is passionate about. 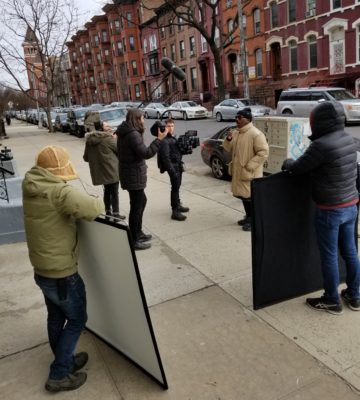 This project really brought together all of the elements for a great film. A passionate artist, a hardworking team, and the right gear to make it happen! All three added to make an inspiring and impactful film that showcases the talent of Derrick.

“Thank you, Hulu, colleagues, and Derrick. It was my greatest honor and privilege to help tell this story!” – Reid Petro