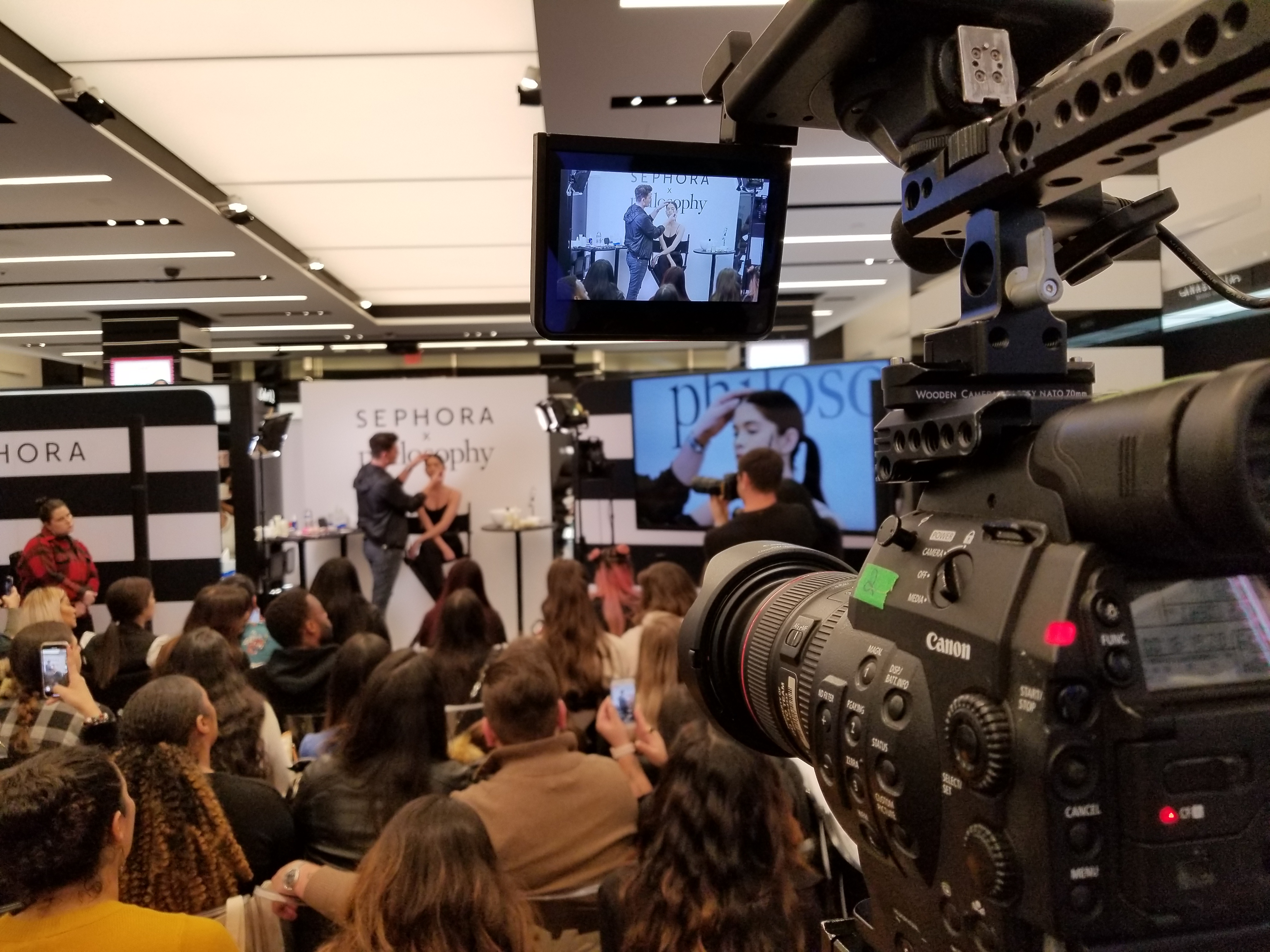 Mario Dedivanovic is one of the most sought out makeup artists in the world. He’s worked with some of the biggest names in showbiz, including: Kim Kardashian, Jennifer Lopez, and Christina Aguilera….as well as Go To Team’s New York DP, Reid Petro! 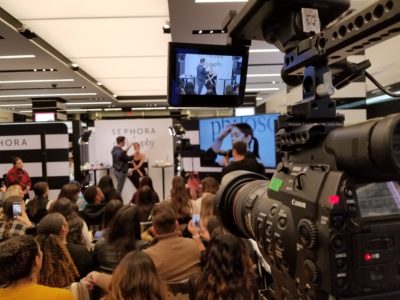 Our crew teamed up with celebrity glam makeup artist extraordinaire at Sephora, and Philosophy in New York City. Mario wanted to bring fans behind the scenes on how to get the perfect look. And what an amazing project to be a part of!

VMG cinematic was presented with the challenge of developing various social media content pieces, and a live-streamed facebook event. All content and video was streamed in Sephora’s NYC megastore. Go To Team crews are trained for these exact situations and made the process streamlined. We helped provide the agency with gear, experience, and the positive vibes they needed to ensure a successful day!

We started the production by scouting the two main locations we would be in. We wanted to make sure the creative team was able to get the most out of their shoot day. This prep definitely set us up for success down the road. We also got into the city the night before the shoot to test the live streaming and camera feeds!

On the shoot day, it was 110% full speed ahead. We began the day by capturing all of the social media elements with Mario. We then packed up and headed to Sephora to capture Mario’s live facebook masterclass!

This was such a blast working with everyone at VMG cinematic, Sephora, and Philosophy to share Mario Dedivanovic’s story and expertise with you. We hope to work with them again in the future!