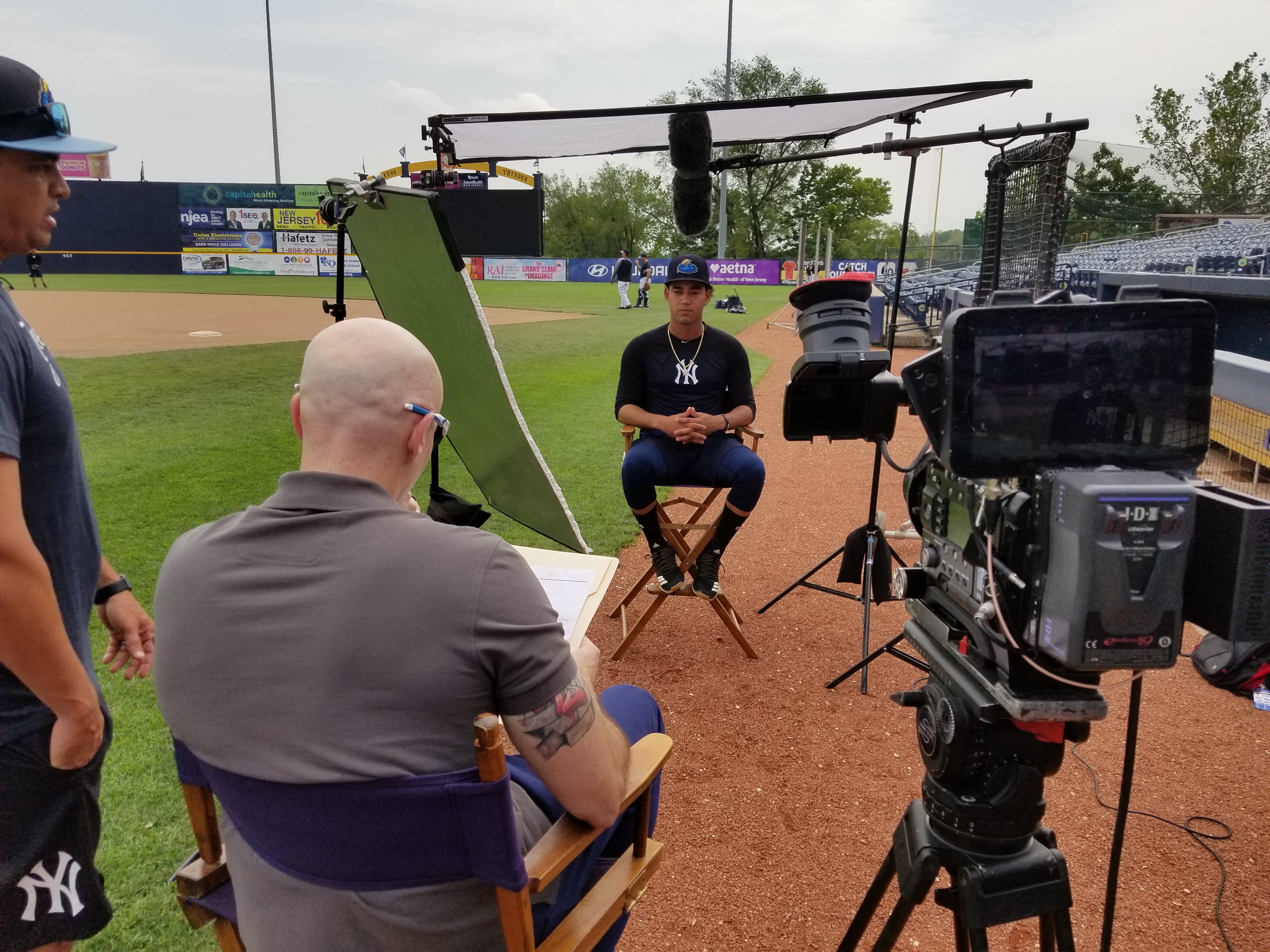 Can you imagine being one of the youngest Yankee players? Deivi Garcia is the newest rookie pitcher for the historic team who boasts a pitch upwards of 96 miles per hour.

YES Network chose to work with our New York DP, Reid Petro, for a piece on Yankees pitching prospect Deivi Garcia. With the Yankees having past pitchers such as Mariano Rivera, Roger Clemens and Andy Pettitte, Garcia has plenty to live up to. The best part? He feels more than up to the task. 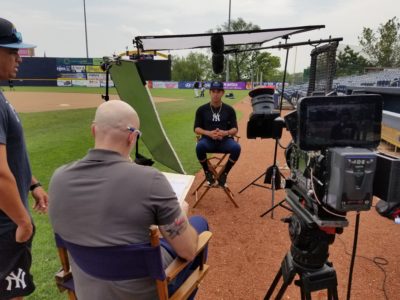 The crew shot footage of Garcia during practice, where they captured b-roll of the rookie pitching his popular fast pitch. After collecting b-roll, the crew set up equipment for an interview with Garcia. 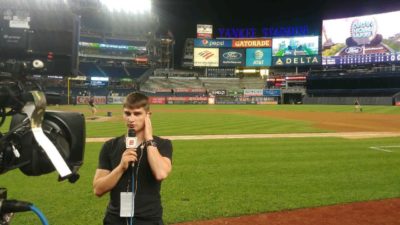 All footage was captured on a Sony F5 camera which is known for its agility. The lighting setup utilized 6 x 6 diffusions as well as natural lighting. As an apprentice with Go To Team, our cameraman are trained how to manipulate their lighting setup when having to work with outdoor lighting which is harder to control. 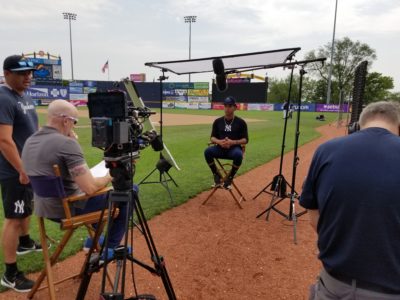 Our crew had a great time working with YES Network and the Yankees. We hope to work more with them in the future and help tell the stories of their players. 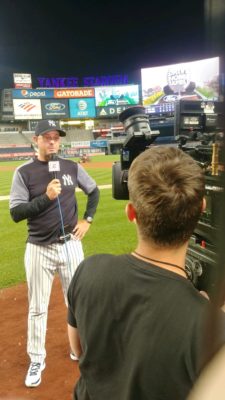