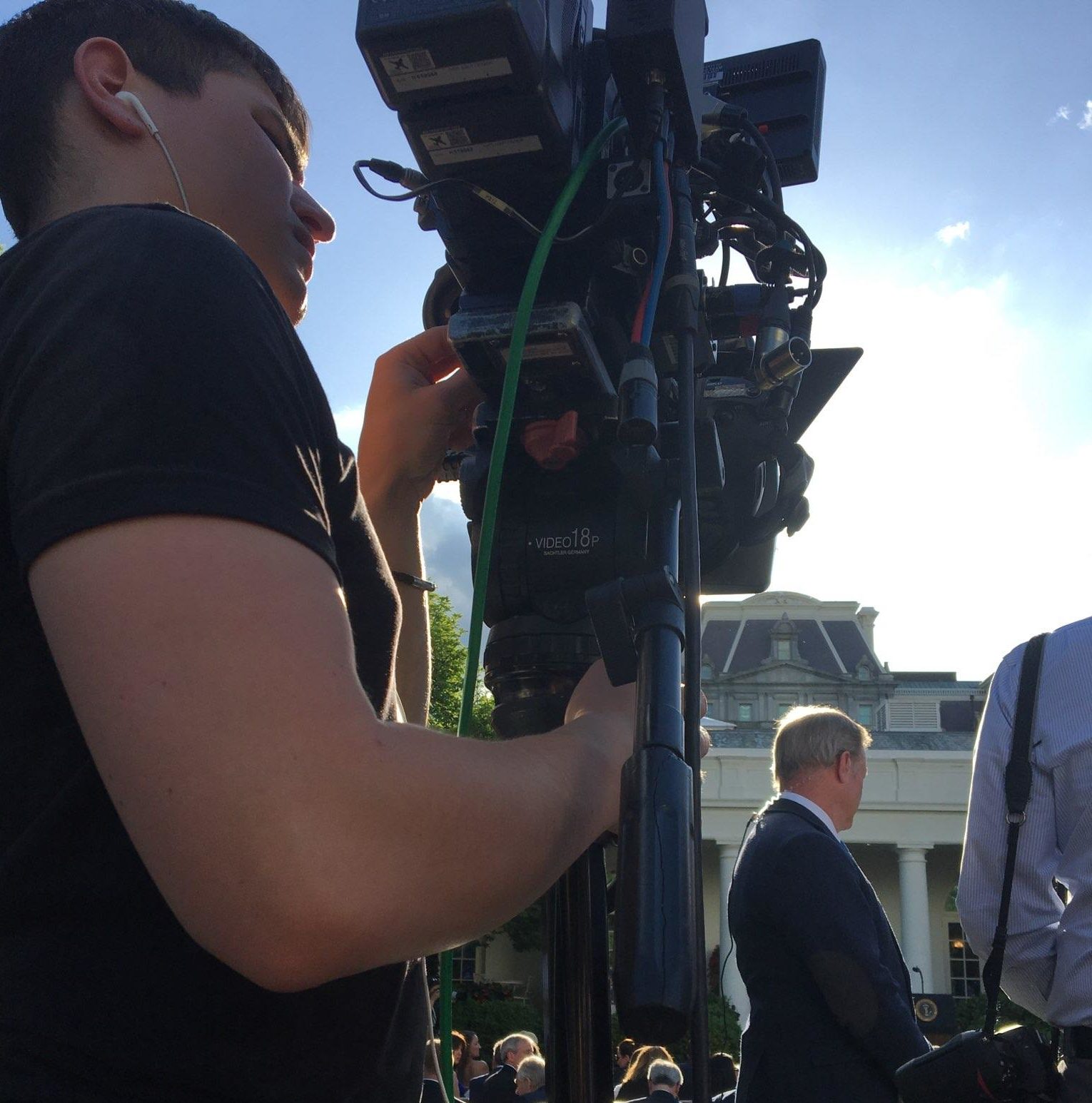 This will be a moment in history we will never {FORE}get!

Tiger Woods recently won the Masters tournament for the first time since 2005. Following his historic victory, he made an appearance at the White House where President Trump bestowed him with the Presidential Medal of Freedom. This award is considered the nation’s highest civilian honor.

Tiger’s first appearance at the Masters was in 1995, where he was the only amateur to make the cut. Two years later, he would win the tournament by 12 strokes. He has built an unprecedented competitive career with 105 worldwide wins and 14 major championships. 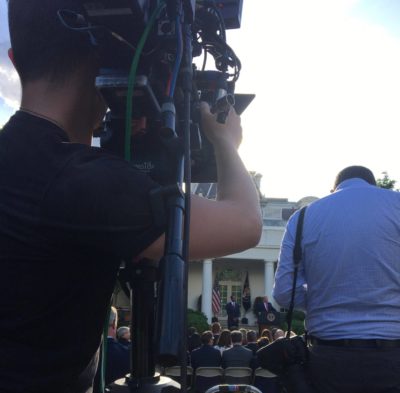 The Crew set up outside the White House. All footage was captured on a Sony F5 paired with B4 broadcast ENG lenses. An LED light panel was attached on camera to help light the foreground. This technique is used when the camera operator is slightly further away from the subject, as it helps create depth of field.

Thank you so much to NBC, We are honored to work with them to help capture this historic moment!