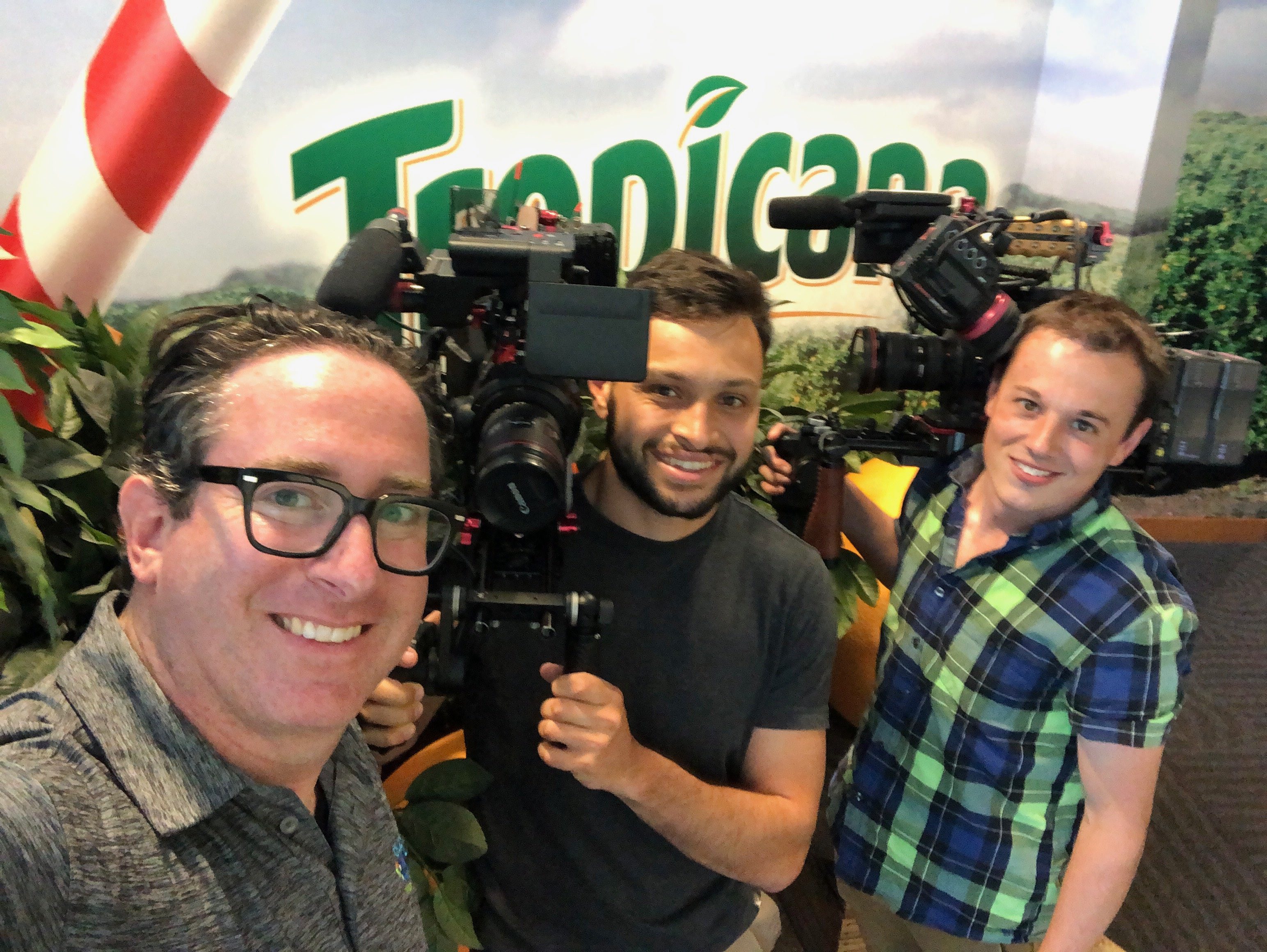 Pop. Drop. Fizz. Sip. Sound refreshing in this summer heat? The Office Channel took Go To Team crews to one of the most refreshing headquarters on earth – Pepsico Offices! 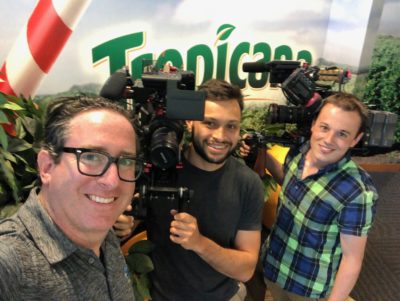 The Office Channel went to Pepsico’s offices in Chicago to put together promos for their annual sales meeting later this year.  Our Chicago cameraman, Kyle Kaiser, and St. Louis cameraman, Sam Caravana, were there to help capture it all.

The annual sales meeting is one of the most important meetings for the corporation. It covers sales performance from the previous year and goals for next year, along with strategies for increasing sales among individual regions and demographics.

The crew captured interview footage of Pepsico employees, along with b-roll of the Pepsico offices. The B-roll helps splice the interview clips to keep the audience engaged. 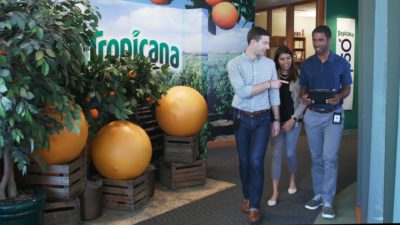 The footage was shot using a combination of a Canon C300 and C300 MKII. This setup allowed the crews to make easier transitions while navigating through the tight spaces in the office building. Each interview was shot in a conference room, which allowed the most space for setup. 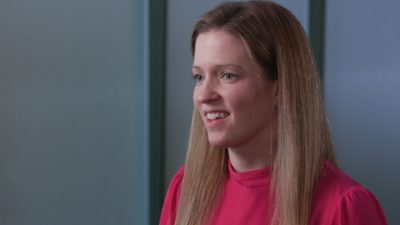 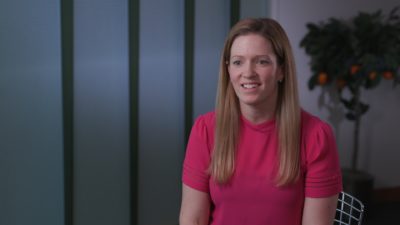 For lighting, the crews set up a Kino Diva 400w as a key light, and put a flozier over it to soften the light source. The crew also used different bulbs to candy color (a mixture of tungsten and daylight bulbs) the subjects during the interviews. This helped create a color contrast when the daylight hit the frosted glass window in the back of the shot. A Genaray LED panel was used as a fill light, and a 1×1 Light Panel was also used as a kicker to complete the lighting profile.

Our Crew had a great time working with The Office Channel and Pepsico on this shoot. We are looking forward to more projects together in the future!