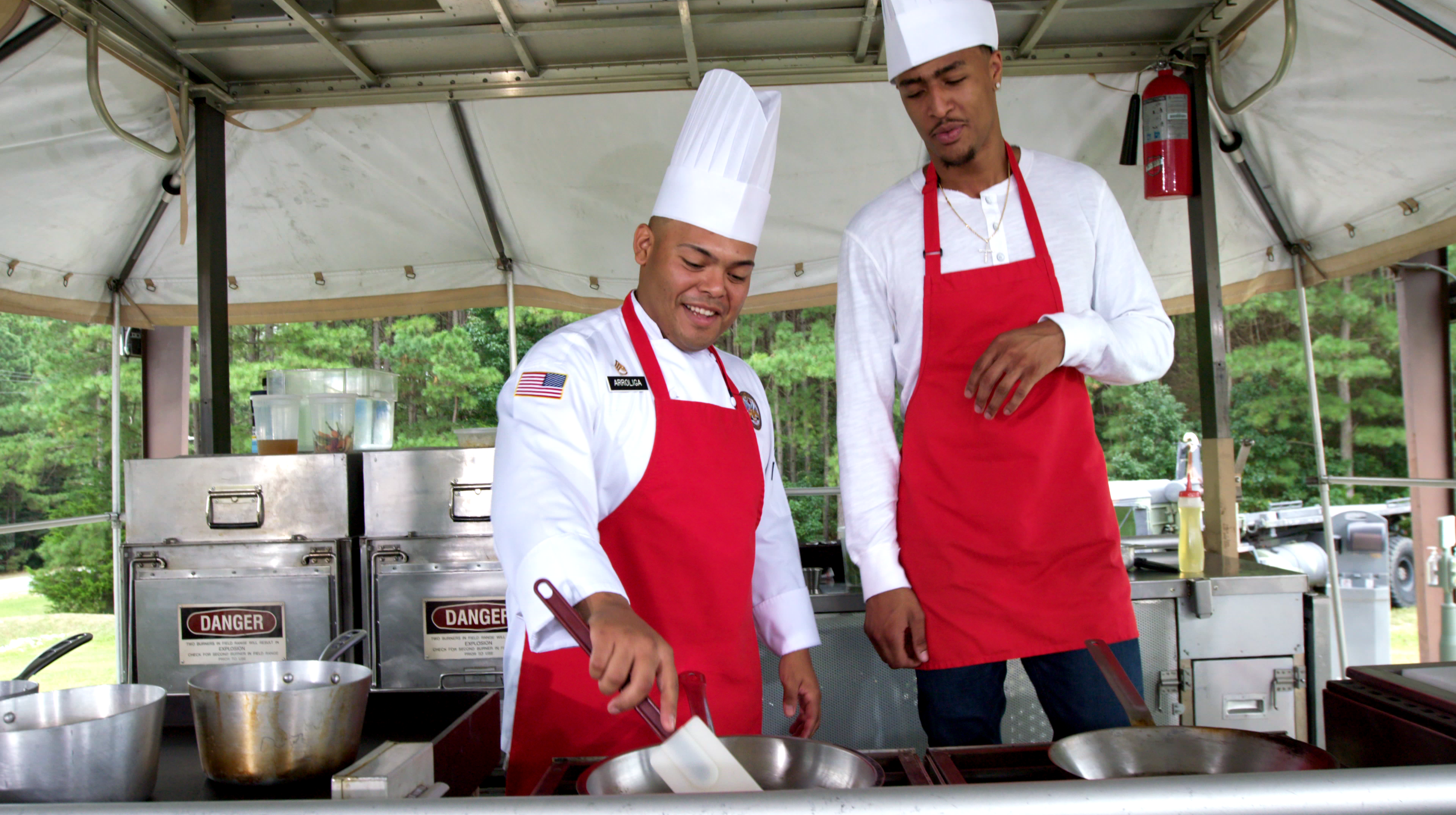 Believe it or not, most jobs in the military are non-combat roles. The military offers an incredible range of careers and job opportunities.

Bleacher Report is known for doing interesting shoots with different US athletes. Bleacher Report recently called on Go To Team’s Washington DC DP, David DiFalco and Charlotte camerawoman, Tori Musciano, to shoot for “Crash Course.” The purpose of this shoot was to show athletes that there is more to the military than just infantry. 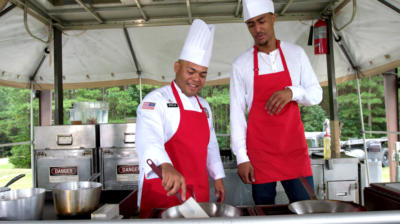 John Collins, basketball player for the Atlanta Hawks, teamed up with a military chef to whip up some delicious dishes. John’s parents were both in the military, his mother was in the Air Force and his father was in the Navy.

The crews only had a few hours to set up on the morning of the shoot. David showed up the day before the shoot to ensure an easy-going execution on the day of the shoot. 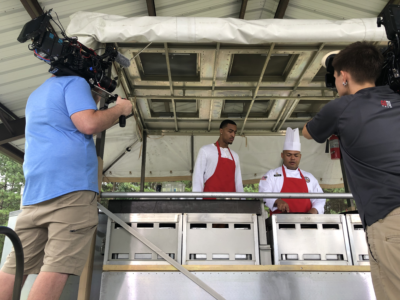 The first shoot took place in a mobile unit with a kitchen for cooking and prepping food. David set up a Sony A7s inside the cooking unit for overhead shots of the prep station. They also attached a Go Pro to a brace on the structure of the unit to capture action going on at grill. Overhead shots give an audience a birds-eye view of the action or aftermath of a scene. The cooking unit was lit with 4 HMIs. 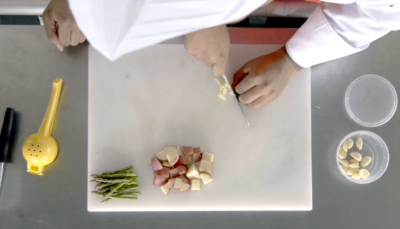 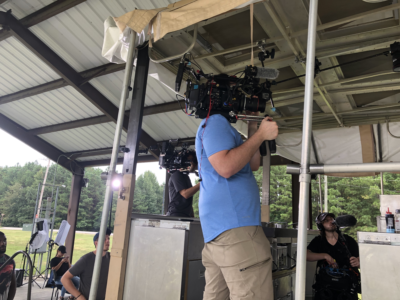 David focused on closeup and beauty shots in the unit, while Tori was positioned on a ladder to capture footage of the cooking action. 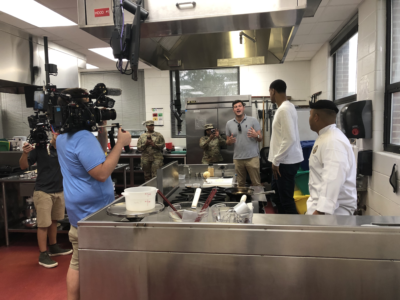 Interview shots were lit with a single Kino Flo. The closeup shots of John and the chef were lit with two Kinos on each side. Natural light worked as fill light so additional lighting was not necessary. 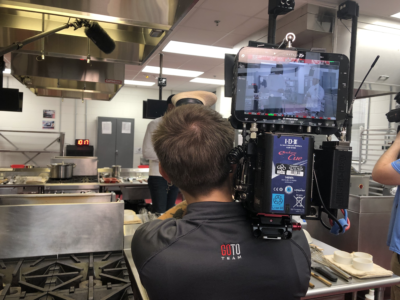 Thank you to all of the men and women in the military for their courage to defend and serve our nation. We would also like to say thank you to Bleacher Report for choosing Go To Team to cover this awesome shoot!