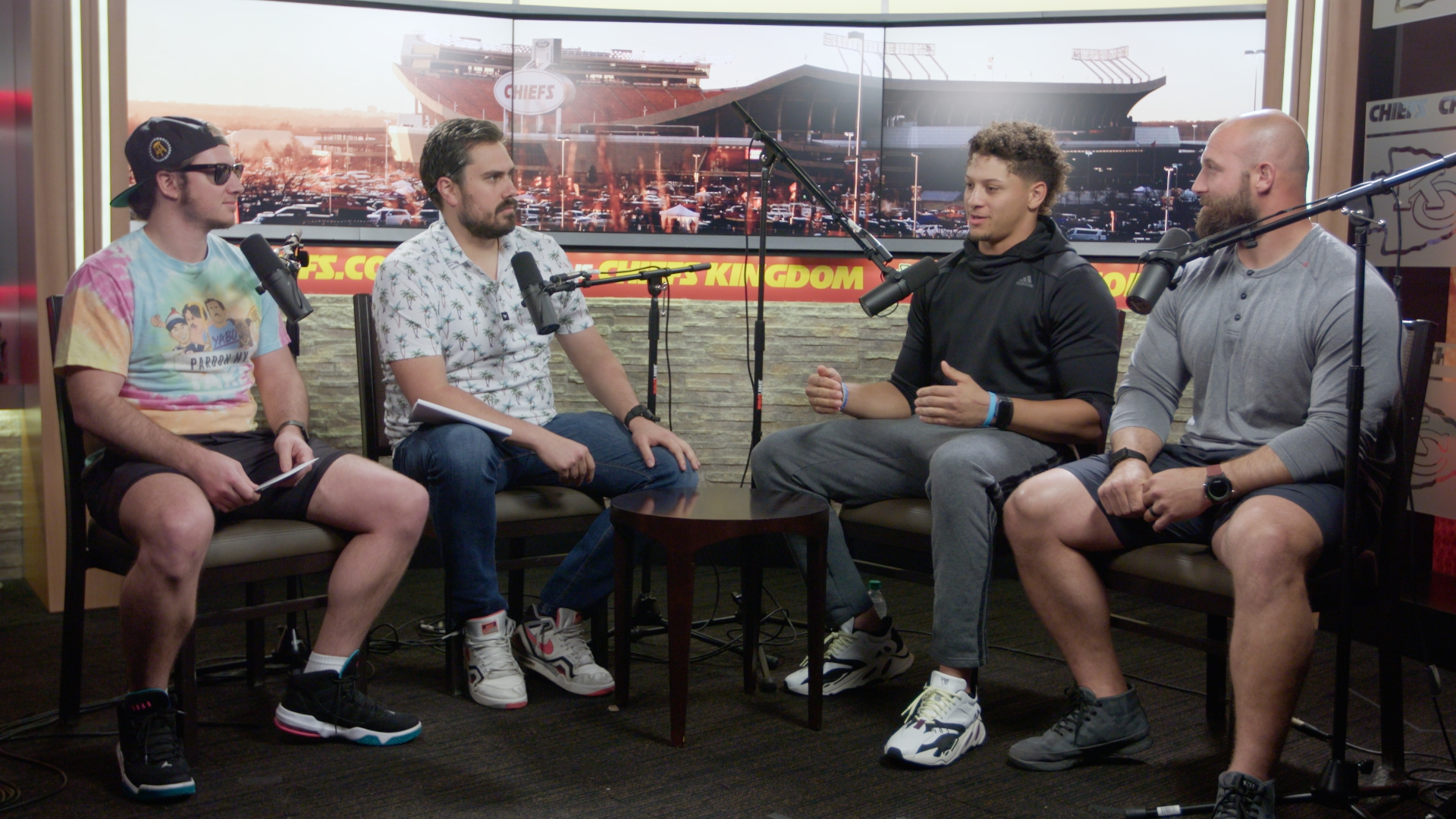 For Patrick Mahomes, the huddle is real.

The Kansas City Chiefs quarterback  Patrick Mahomes, enjoys the NFL offseason after an incredible year that resulted in him winning the 2018 MVP award.

Mahomes sat down with his teammate Anthony Sherman and Barstool Sports for the Pardon My Take podcast. In addition to talking football, the guys asked Patrick about his infamous voice, got his take on his haters and talked to Anthony about his ridiculous weight lifts. (They also gave their best Mahomes impression) 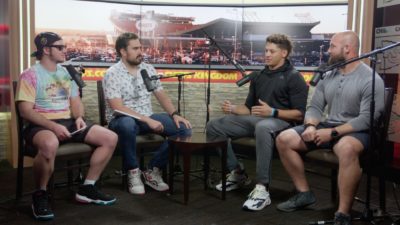 Barstool chose to work with Go To Team’s St. Louis DP, Kyle Kaiser, to capture the Pardon My Take interviews.

For the first interview, we set up inside the Chiefs studio space, which provided a nice background and plenty of space to set up. The crew keyed the guests with a Diva 200, and another Diva 400 pointed at the barstool guys. We used Cardellini’s Clips to attach Generays as the rim lights. Additional light panels were added to ensure the subjects had nice even lighting. The entire interview was captured on two Sony Fs7s. 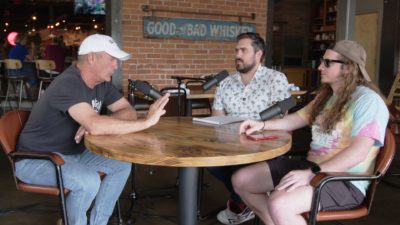 After our interview with the Chiefs, we relocated to the Char Bar, a local BBQ joint. The restaurant was owned by our second guest George Brett, a hall of fame baseball player.

Barstool spoke with George about his time playing baseball in the MLB. They discussed what he thought got him into the hall of fame, and provided an interesting perspective on whether steroid users should be allowed into the HOF or not.

Thank you to Barstool for continuing to work with Go To Team’s crew! We look forward to shooting with you again in the future.