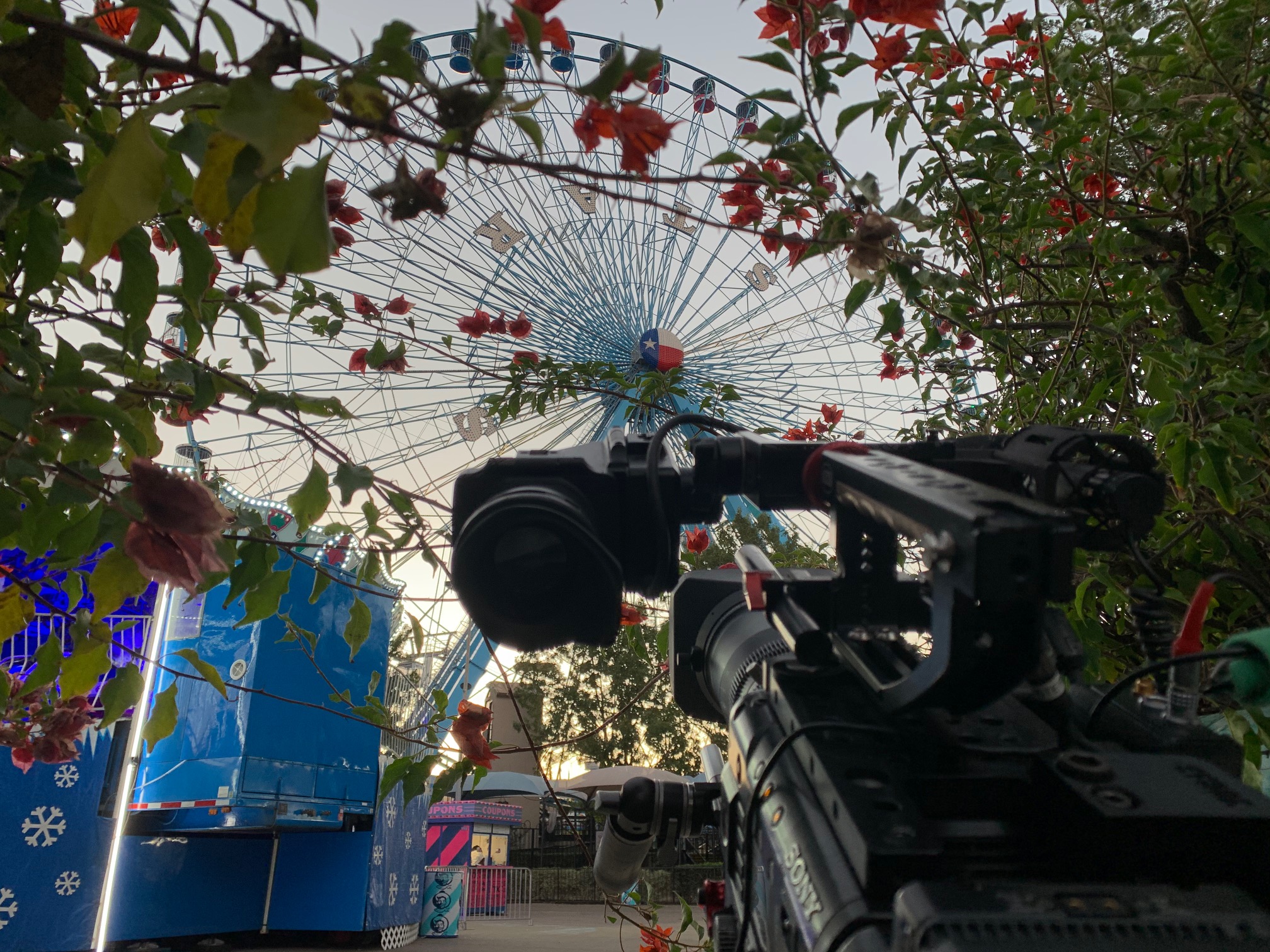 You know what they say, “everything is bigger in Texas.” This statement is certainly true for the Lone Star State when it comes to the state fair. The State Fair in Dallas attracts people all over Texas, with an annual attendance of over 2 million, this state fair has more attendees than any other state fair!

The Fox News morning show, Fox and Friends, wanted to cover all that this widely popular state fair has to offer. They chose Go To Team’s Dallas DP, Nate Galluppi, as well as Waco DP, Roger Woodruff and apprentice Reinaldo Gentile-Rondon, to capture all of the excitement. The crew spent three days covering the endless games, rides, and carnival food at the fairgrounds with Fox News. 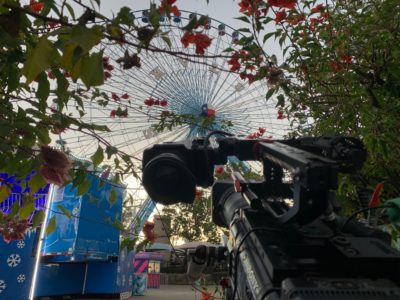 Texan culture is celebrated throughout the park. Upon entering the fairgrounds, our crews were greeted by “Big Tex,” the fair’s mascot and the world’s tallest cowboy! 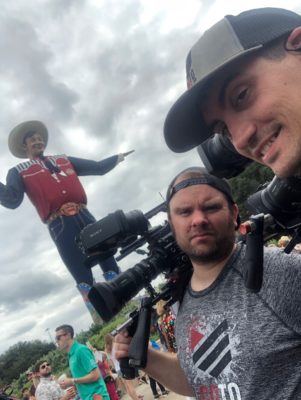 For the first shoot, correspondent Abby Hornacek walked around the fairgrounds enjoying all of the best things to do, see, and of course…eat! From peanut butter and jelly pickle dogs covered in bacon, to shooting hoops, to flying hundreds of feet in the air on a human slingshot ride, our crews covered it all!

Did you know that the Texas State Fair in Dallas first opened in 1886 and is the longest-running state fair in the country? Our cameramen captured shots of Abby Hornacek as she talked to some of the fair workers and fairgoers to find out why the fair has been such a staple in the Texas community for over 100 years.

Nate and Roger both used a Sony F5 to capture all of the different shots at the fairgrounds. 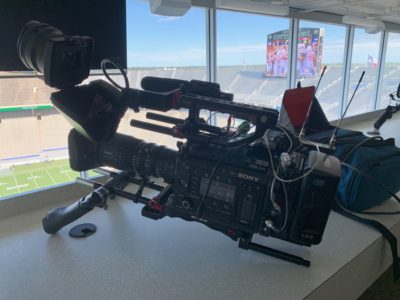 What could possibly make this massive annual fair even more eventful? Football, of course! Texans love football! Whether it’s the Dallas Cowboys or a local high school team playing, the fans are just as passionate. With that said, football fans flock to the fairgrounds during the weekend of the Red River Rivalry game. The annual showdown game is played between the University of Texas and the University of Oklahoma. 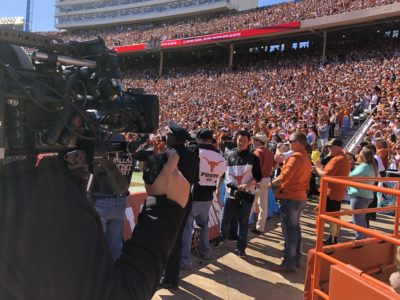 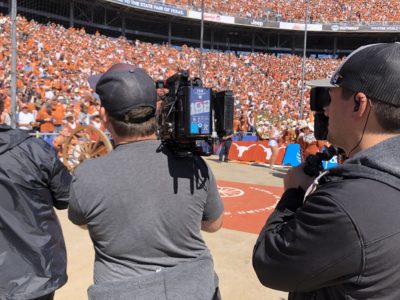 Go To Team’s cameramen captured footage of football legends, Reggie Bush and Urban Meyer as they discussed what makes this rivalry game one of the best in football. Before the game started, they filmed the sports commentators as they discussing the two teams. Apprentice Reinaldo Gentile-Rondon worked on the audio during these interview-style shots. 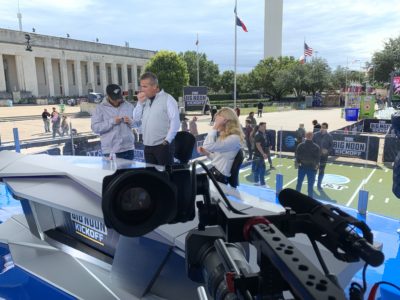 On Saturday, Nate and Roger filmed of all the hype from the sidelines! Abby covered the twists and turns of the game and talked to fans from each team as they enjoyed what turned into a late-game thriller. 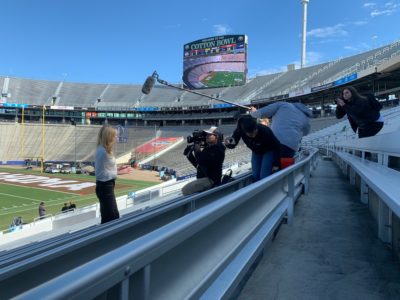 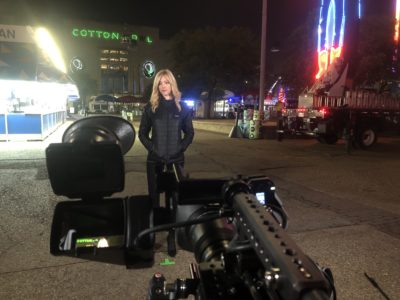 The cameramen used a Sony F5 to film the energetic crowd. Nate set up an Astra light panel for additional lighting during the interviews. The crew was mostly shooting live shots at the football stadium and used a LiveU device to transfer the footage. 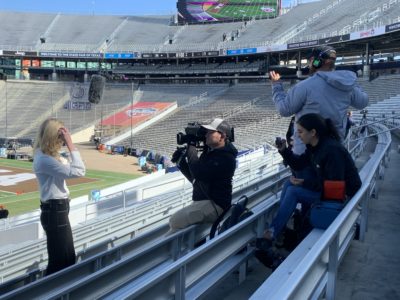 Thank you to Fox News for allowing our crews to help cover this fun-filled segment for Fox and Friends! 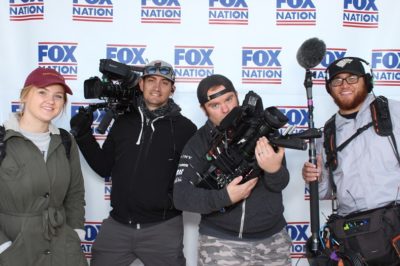