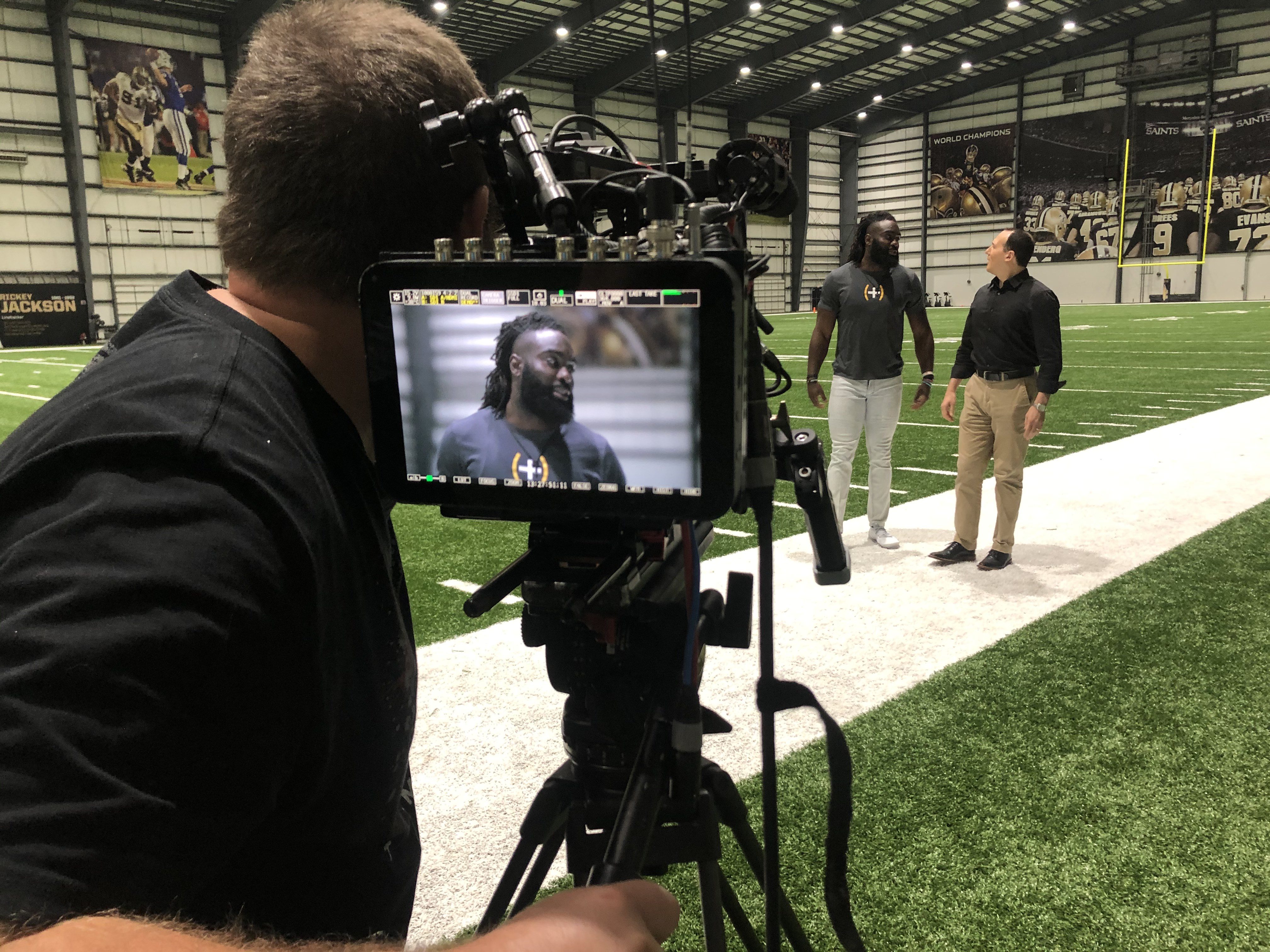 There has been a lot of controversy in the past years surrounding professional sports players protesting their beliefs on the field. One of the most significant protests being the controversy over the national anthem. The controversy remains unresolved, yet, one man has recently been faced with a $7,000 fine for showing his personal message of faith on the field! The player, his fans, and the team had a pretty interesting response to the fine…. 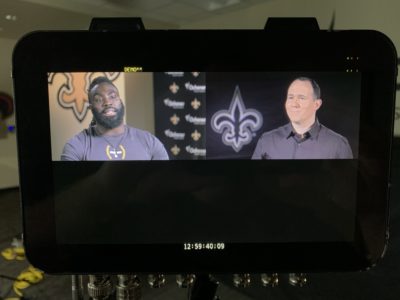 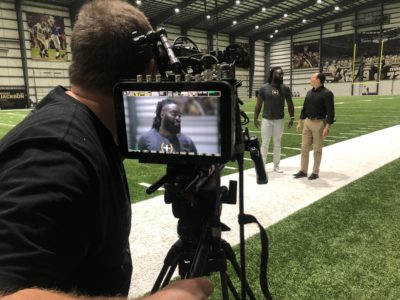 New Orleans Saints linebacker, Demario Davis, recently received the 7k fine for wearing a headband with the words “Man of God” labeled on it. His response to getting fined? He went to Instagram to offer his followers the chance to get their own headband, the benefits would go to St. Dominic’s hospital. This led to the Saints’ organization, and fans everywhere embracing the headband and sporting them. 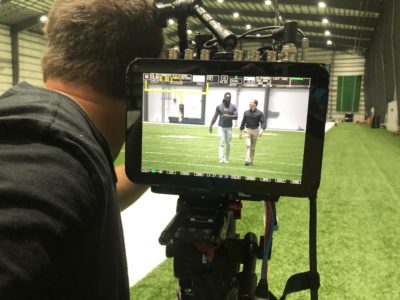 Fox News’ contributor Raymond Arroyo, sat down with the Saints valued player. The two also discussed Demario’s leadership and the New Orleans based team’s success this season, despite Drew Brees’ absence. They also talked about all of his charity work and community involvement in New Orleans and Mississippi.

Roger and Reinaldo lit and shot the interview using two Sony F5’s with matching Fujinon MK series lenses. For lighting, they used Astra lite panels with softboxes and grids to highlight the subjects. They also used Arri Tungsten lights with diffusion and gels placed on the background.

Thank you to Fox News for allowing our crews to cover this shoot! We look forward to working with Fox News again in the future!