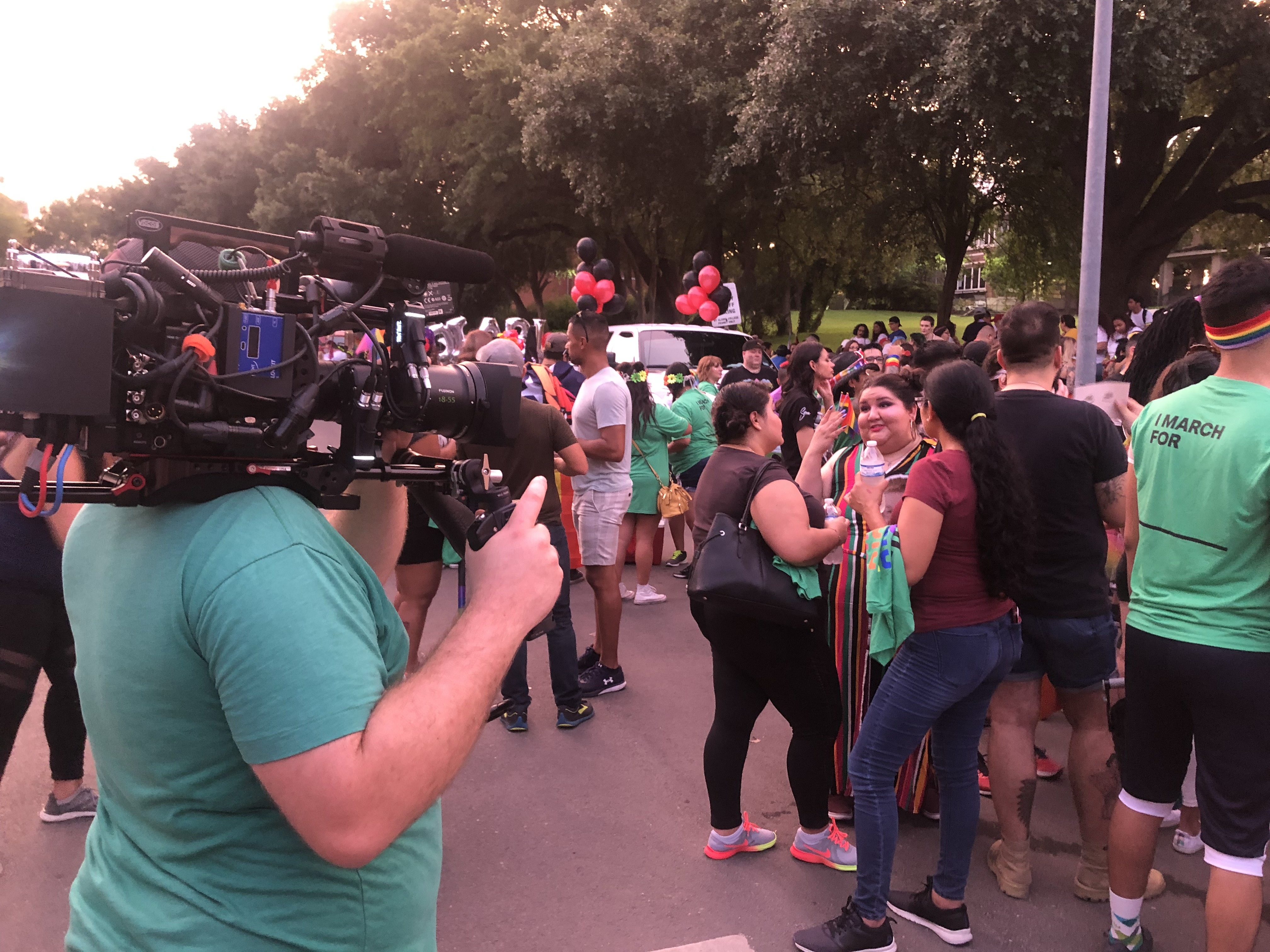 June is Pride Month, and Hulu wanted to highlight one of the largest parades in the US: The San Antonio Pride Parade!

Hulu chose to work with Go To Team’s Waco DP, Roger Woodruff, along with his apprentice Reinaldo Rondon to capture all the excitement. Hulu’s team, which was nicknamed the “Hulugans” for the parade, was there handing out t-shirts for participants to write who they were marching for. 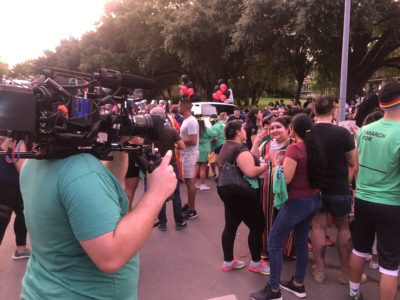 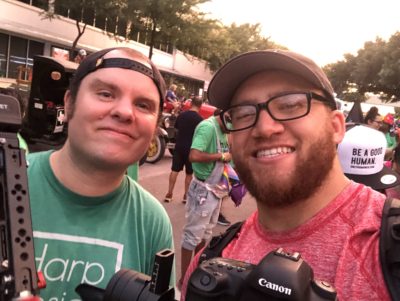 Our crew used a combination of a Sony F5 and a Canon 5D. This helped ensure a solid combination of mobility and picture quality throughout the parade. Lighting was provided naturally throughout the event, as it was outdoors. Many of the participants carried lights with them which lit up the city with all sorts of colors once the sun went down. Audio was handled by our camera crew as they had to keep moving throughout the day and doing their own audio was the more mobile option.

Our crew had a great time working with Hulu and San Antonio Pride, and we hope to work together in the future!