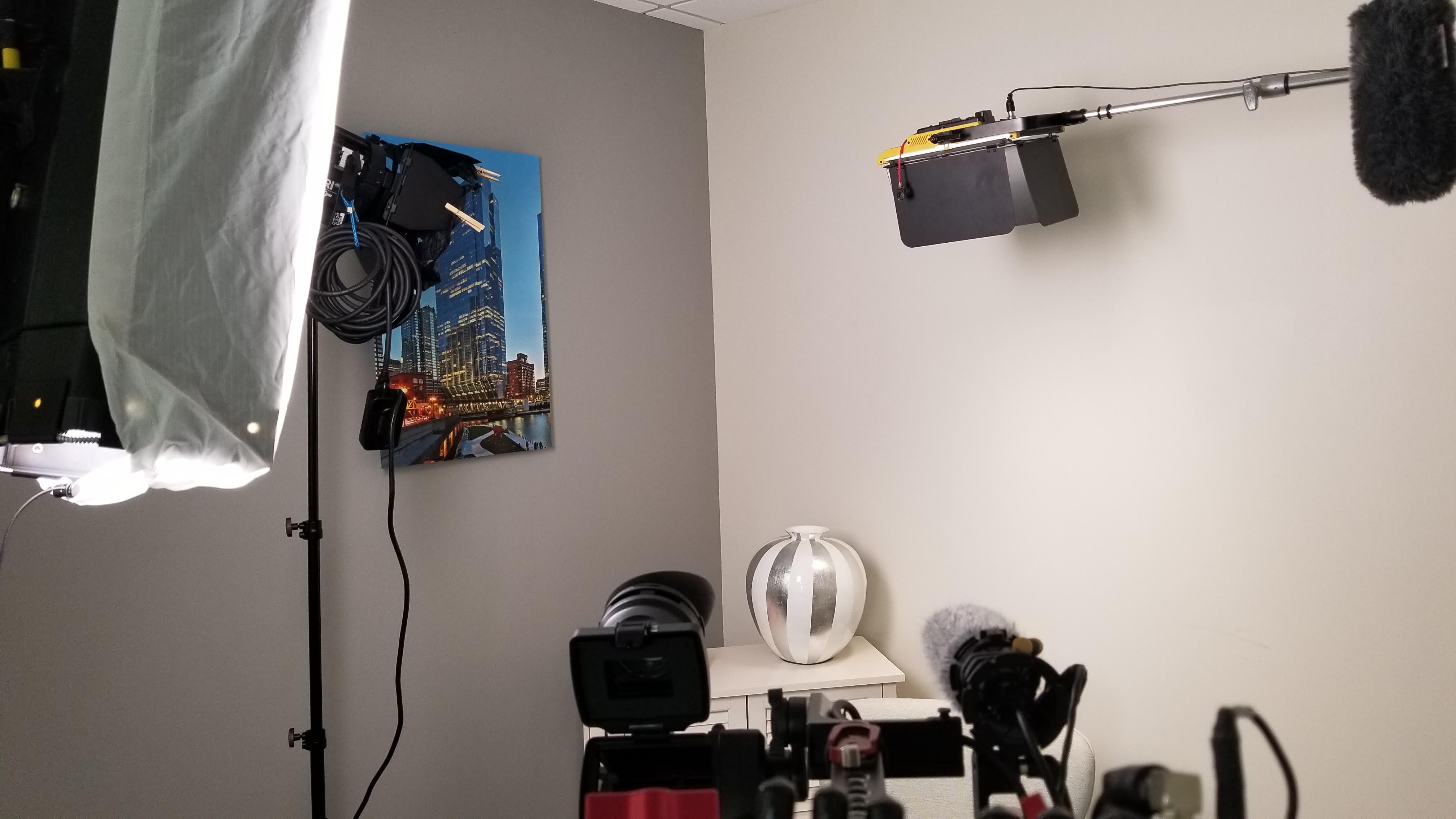 Today’s recording devices are better than ever!  With so many different digital recording options it can be hard to choose which device will work best for your shoot.

Our Washington DC cameraman, David DiFalco, recently filmed a behind-the-scenes interview for the American Council of Engineering Companies (ACEC) at their national headquarter in Washington DC. It is particularly important to have quality audio in an interview shoot because sound is the goal of the whole shoot.

For this interview series shoot, David used two Sony F5’s to capture different angles on set. One camera filmed closeup shots of the subject and the other captured wide shots of the set.

For audio, David used a Boom microphone. Boom mics are very popular in film production, ideal for capturing audio during an interview shoot where the subject is stationary. The mic is mounted on an extendable arm that allows for quick and easy adjustments. The mics can pick up sound from a distance while being positioned just out of the frame. Have you ever watched a talk show and noticed the overhead mics when the camera zooms out? That is a boom mic! 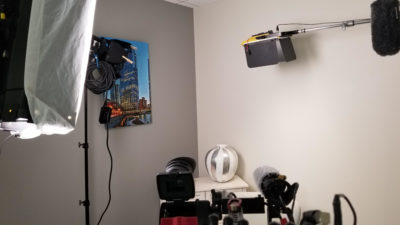 To illuminate the subject for the interview, David set up three point lighting. Three point lighting is one of the oldest techniques used in video production and consists of three lights, a key light, fill light, and backlight.

Thank you to the American Council of Engineering Companies for choosing Go To Team! We enjoyed working with ACEC and hope to work with them again in the future!