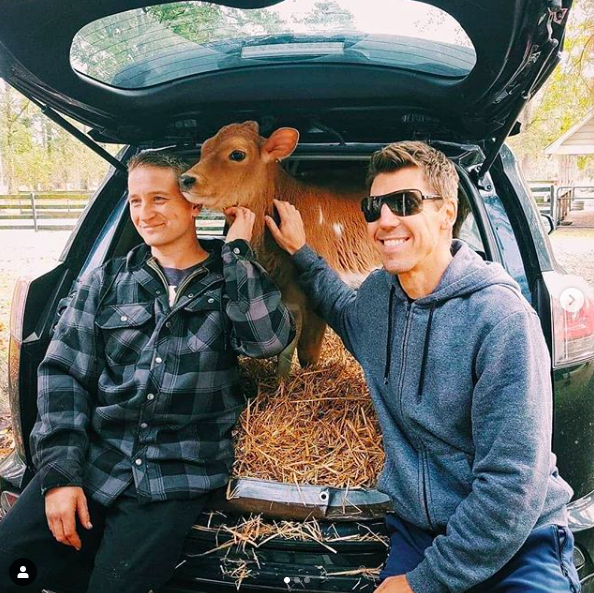 Have you ever considered adopting a farm animal?? Over at the Mini Farmers Sanctuary, owner Jesse, does it on the daily! She rescues abused, sick and unwanted farm animals and gives them a loving home with her and her son where the newly free animals can live forever! The farm has a unique blend of furry friends including a donkey, horses, goats, pot belly pigs, a few dogs and cats and now, for the first time ever, two baby cows! 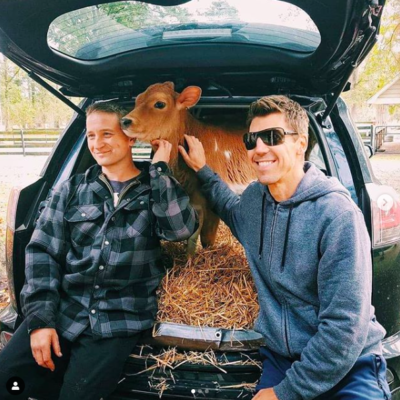 The Mini Farmers Sanctuary recently adopted their first calves!! The two babies, named Bones and Ferdinand, took a trip down from a farm in Vermont where they were rescued by Jason Bolalek, who rescues calves from dairy farms and finds sanctuaries for them to find their forever home. 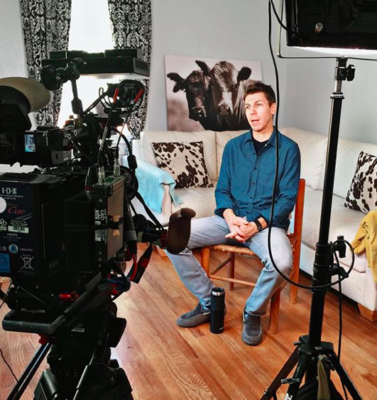 Our Charlotte DP, Tori Musciano, took a trip to Greenville, South Carolina with The DoDo to interview Jason and Jesse to discuss their newest rescues and why they live a vegan lifestyle. They talked passionately about what they do and discussed how animals in the dairy industry are mistreated and how males are useless to the industry since they don’t have udders and are just sent off to the slaughterhouse.

Jason came in and saved the two male calves before they were to be sent off to slaughter and they couldn’t have been excited!! The two calves jumped out of the car and hopped around at the sight of their new home! 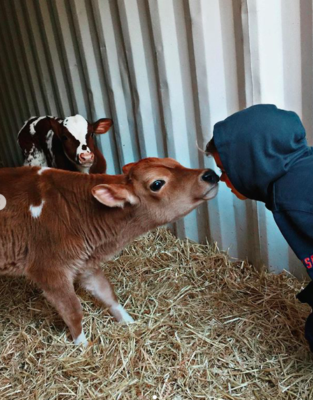 To set up the interview at Jesse’s house, Tori used a Sony F5 camera with a 24-70mm lens. An iPhone was used as a secondary camera to capture the authentic handheld footage that the DoDo uses in their shoots. A Ronin and A7s are typically used, but this loses authenticity for viewers and makes it more theatrical. To capture Jason and Jesse’s sit down interviews, our DP used two lite panels and camera light to light the subjects. Tori didn’t have an audio tech helping out with sound on set and used a lav and camera mic to capture the audio.

Check out the heartwarming video of Bones and Ferdinand here!

Thank you to The DoDo for allowing our video camera crews to be apart of this adoption! Our crews always have a great time working with you. We look forward to working with you on future shoots.