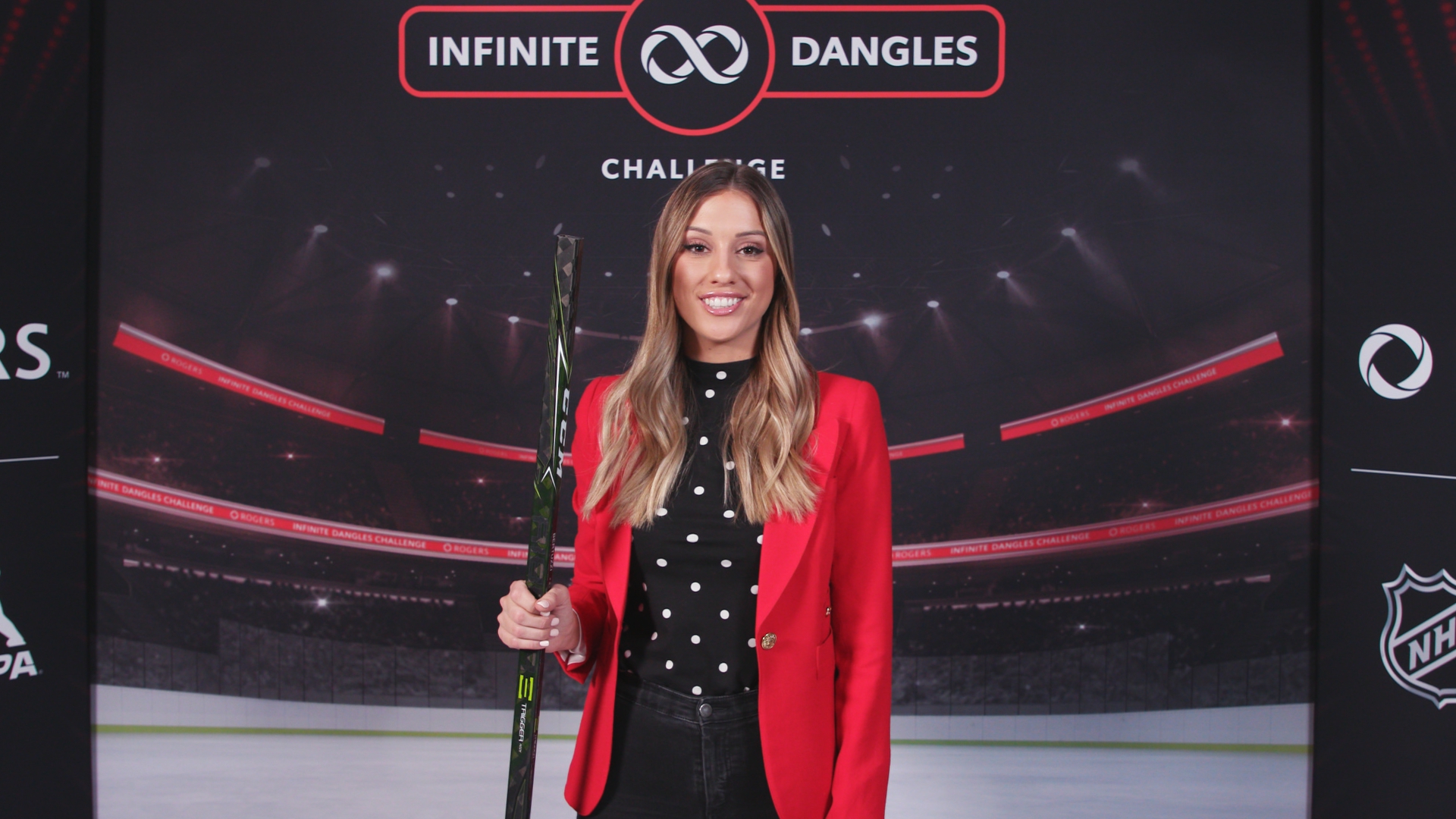 Rogers Sports Network brought in our Chicago DP, Kyle Kaiser, to help create a fun package for broadcast and social content around the NHL All Star game in St. Louis this year. Our crew was specifically hired to shoot the Infinite Dangles Challenge. 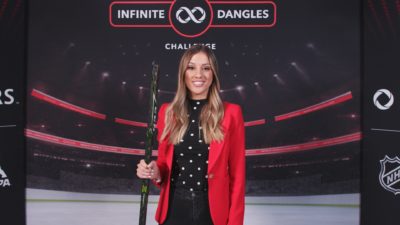 The challenge is a hockey fundamentals game where players are challenged to make as many figure-eights as possible in thirty seconds by juggling a puck between two posts. It was started by Rogers with an incentive of a chance to win a trip to the 2020 Stanley Cup! 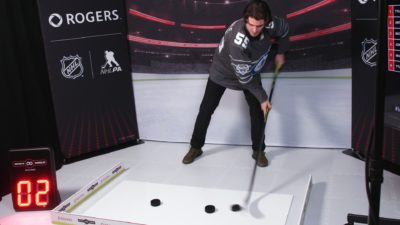 Our crews had to share the room with an interview that was set up, so there wasn’t a ton of room to work with. They also had to be able to move our lights in and out from a curtain when the interviews were being shot. 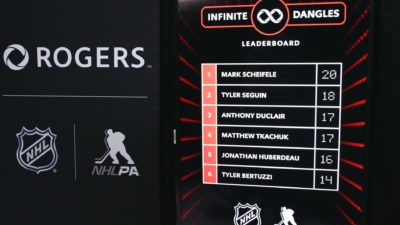 Kyle lit the stage with both of his Divas and set up a Generay behind the stage to give the players a hair light. Unfortunately, the most important player they needed for the shoot wasn’t available on the first day so they added a second day just for his shoot. 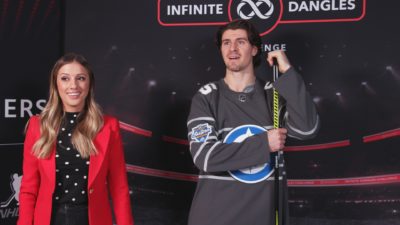 For the second shoot day, Kyle tried to mimic their previous setup but didn’t have exactly the same lights. Instead, he used his Arri 300 with a small Chimera as the key light and used his other Generay as a hair light.

Thank you to the NHL for letting our video camera crews be a part of this shoot. We are looking forward to the Stanley Cup and working with you again in the future!