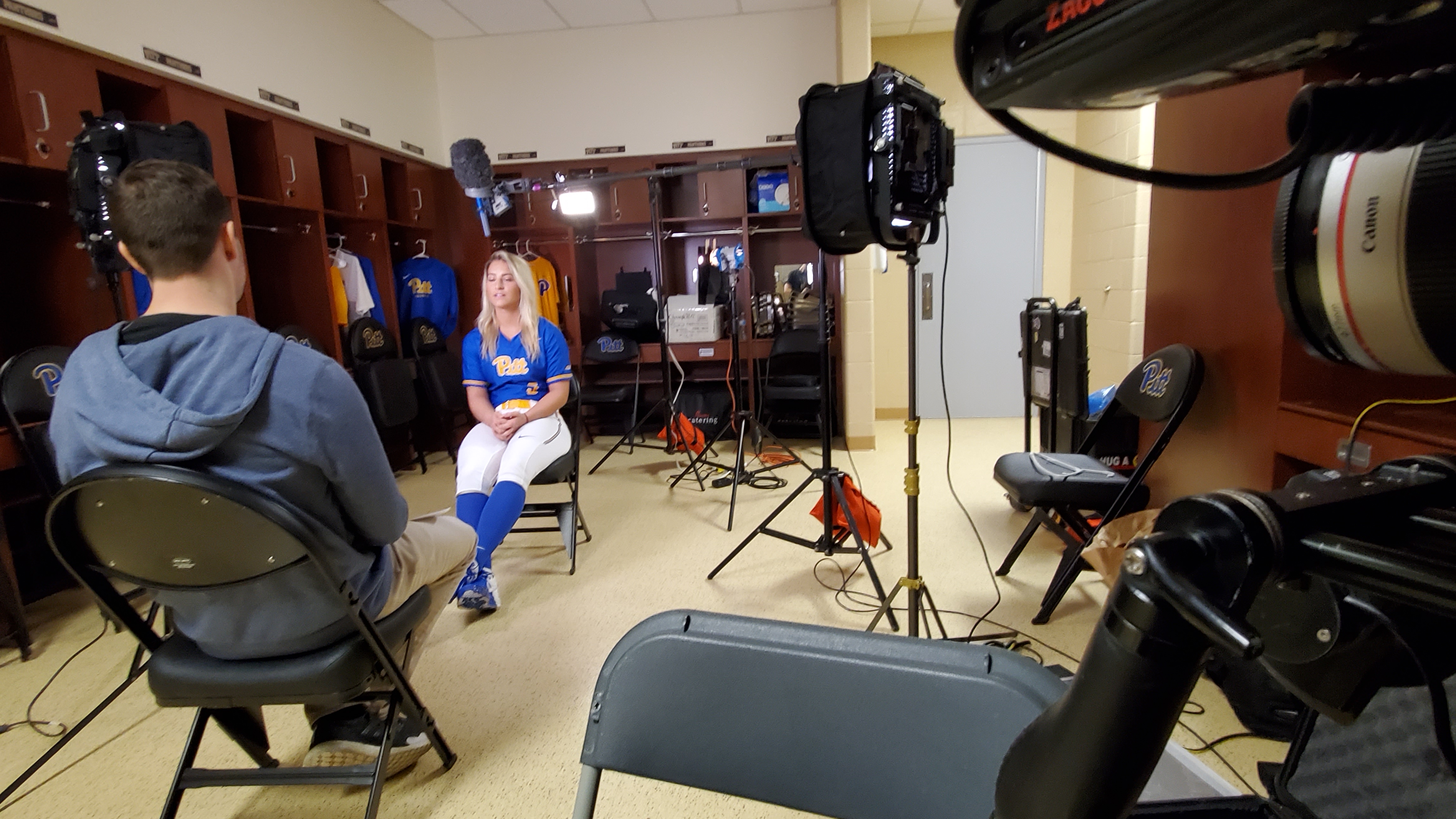 “There’s no I in team!” The women of Pitt’s softball team embrace the old adage whole heartedly. 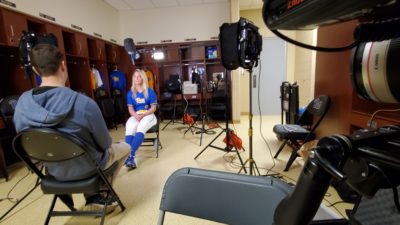 With less than a month until the start of their 2020 season, the players sat down with ESPN to talk about their teammates, where they were from, and how they ended up at the University of Pittsburgh. This crew of women feels more like a family than just a sports team. 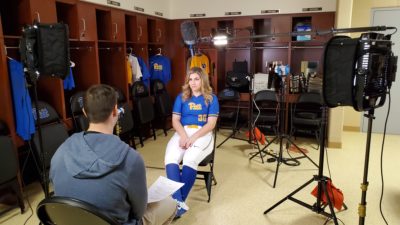 ESPN was joined by our Cleveland DP, Jordan Woods, to capture the interviews with the collegiate athletes. The interviews featured the members of Pitt’s women’s softball team talking about their team environment and how they all work so well together as a team. 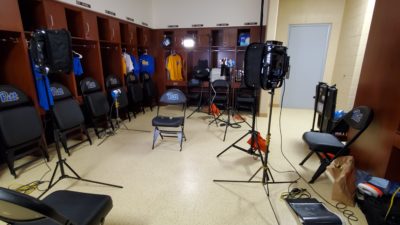 However, the loyalty doesn’t stop at the teammates. Their coach is equally determined to show her loyalty to the team. The girls recalled a story about how their coach promised that if they won their game that night, that she would eat a worm. Unfortunately for her, the girls DID win and she really did eat a worm! Talk about someone who’s true to their word. 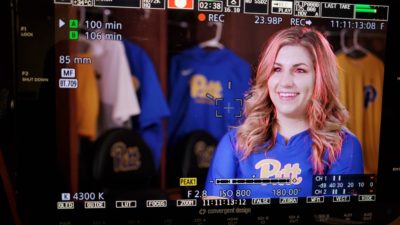 Jordan used both of his litepanels for the subjects key and fill light. He also used the generay on the camera light flown in for the hair light. The locker room allowed Jordan to have some fun with the background of this shoot. He used three Arri 150Ws strategically placed to light up all of the individual lockers in the background. He put one of the 150Ws on the gobo arm to hold the hair light in place. He also used a lot of colorful jerseys and jackets to put in the background in addition to some chairs with the Pitt logo on them. 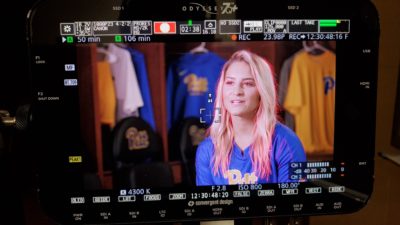 Thank you to ESPN and the University of Pittsburgh’s women’s softball team for letting our video camera crews get a sneak peak of your team atmosphere! We look forward to working with you again in the future.