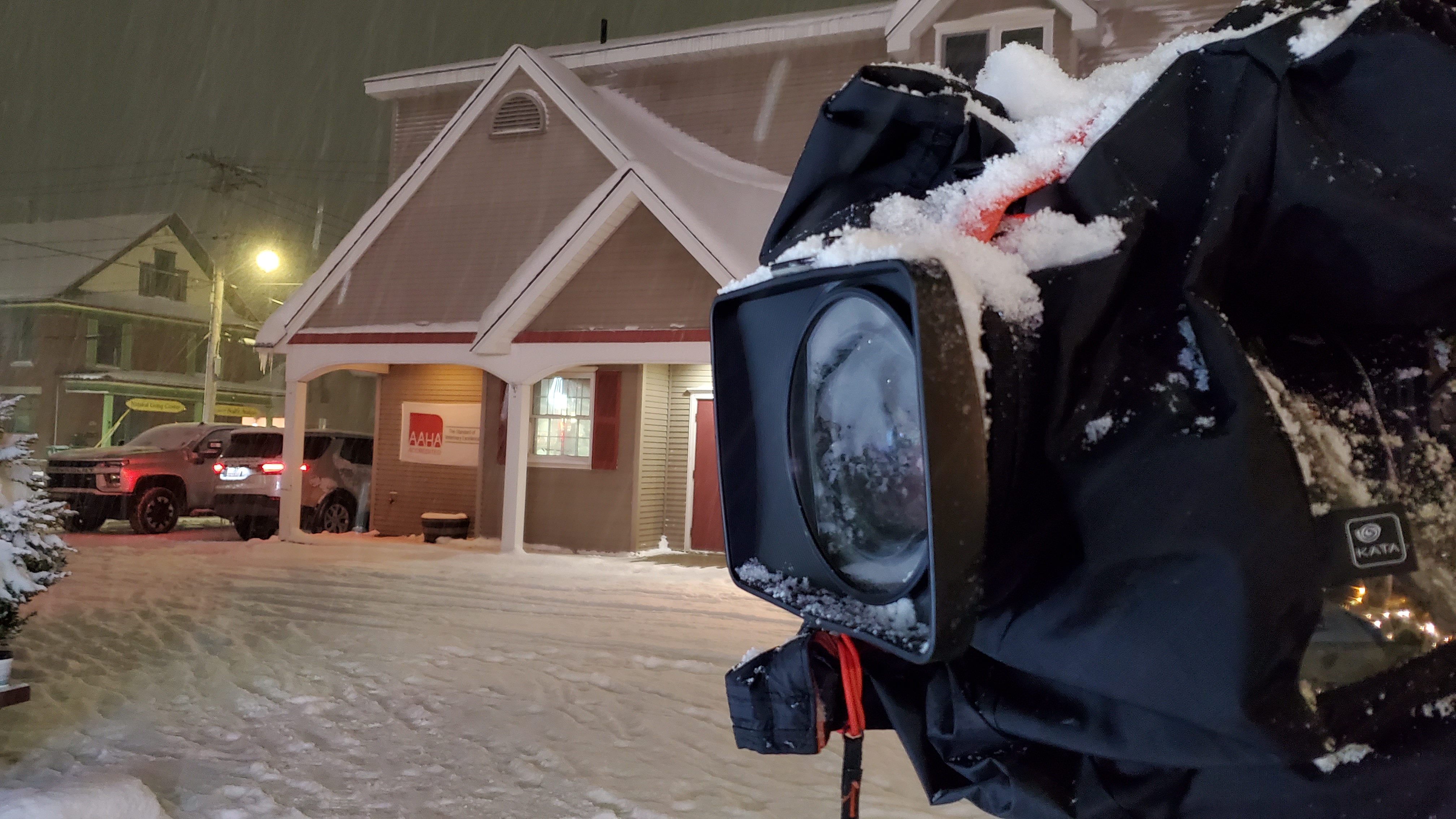 You guys staying warm out there? 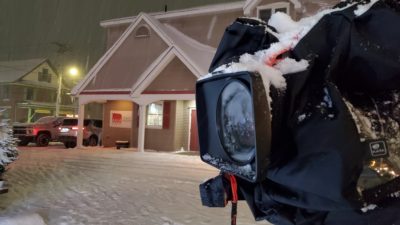 With record low temperatures in New York this Winter, The Weather Channel brought in our Cleveland cameraman, Jordan Woods, to capture a few live hits of lake effect snow. For those of us in the South who weren’t sure what that was, lake effect snow is produced during cooler atmospheric conditions when a cold air mass moves across long expanses of warmer lake water. 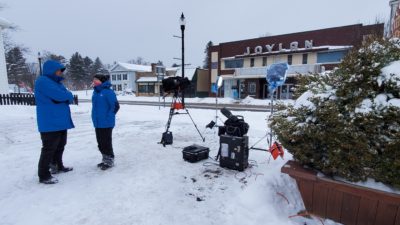 The shoot was an adventure from start to finish for our crews. Jordan started off the first day by setting up his new Astra on new combo stands to light meteorologist, Mike Seidel. Since the weather was very wet, he put the Astras in some oversized ziplock bags to keep them dry. He ran the power from his Suburban to each light. After doing a few live hits from the Tim Hortons parking lot, they moved across the street right by the lakefront to capture some footage. Near the water, the wind was much stronger and the waves were crashing on the road near our crew and the talent. Although this made for some great hits, after a few hours the spray and intense wind froze half of the Suburban in an inch of ice! 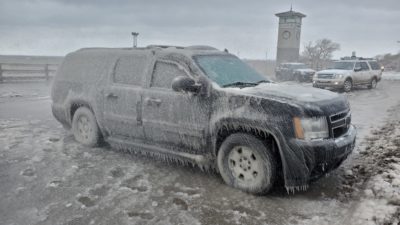 The next day of the shoot took our crews to Springville, New York where they set up on a street corner in the middle of town. Jordan used the same setup with the two Astras on combo stands under oversized ziplock bags. 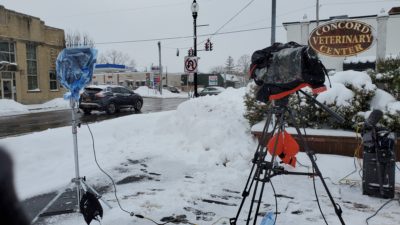 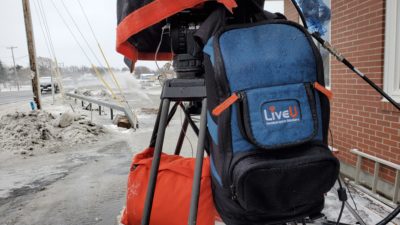 Thank you to The Weather Channel for letting our video camera crews capture these live hits. We look forward to working with you again in the future!