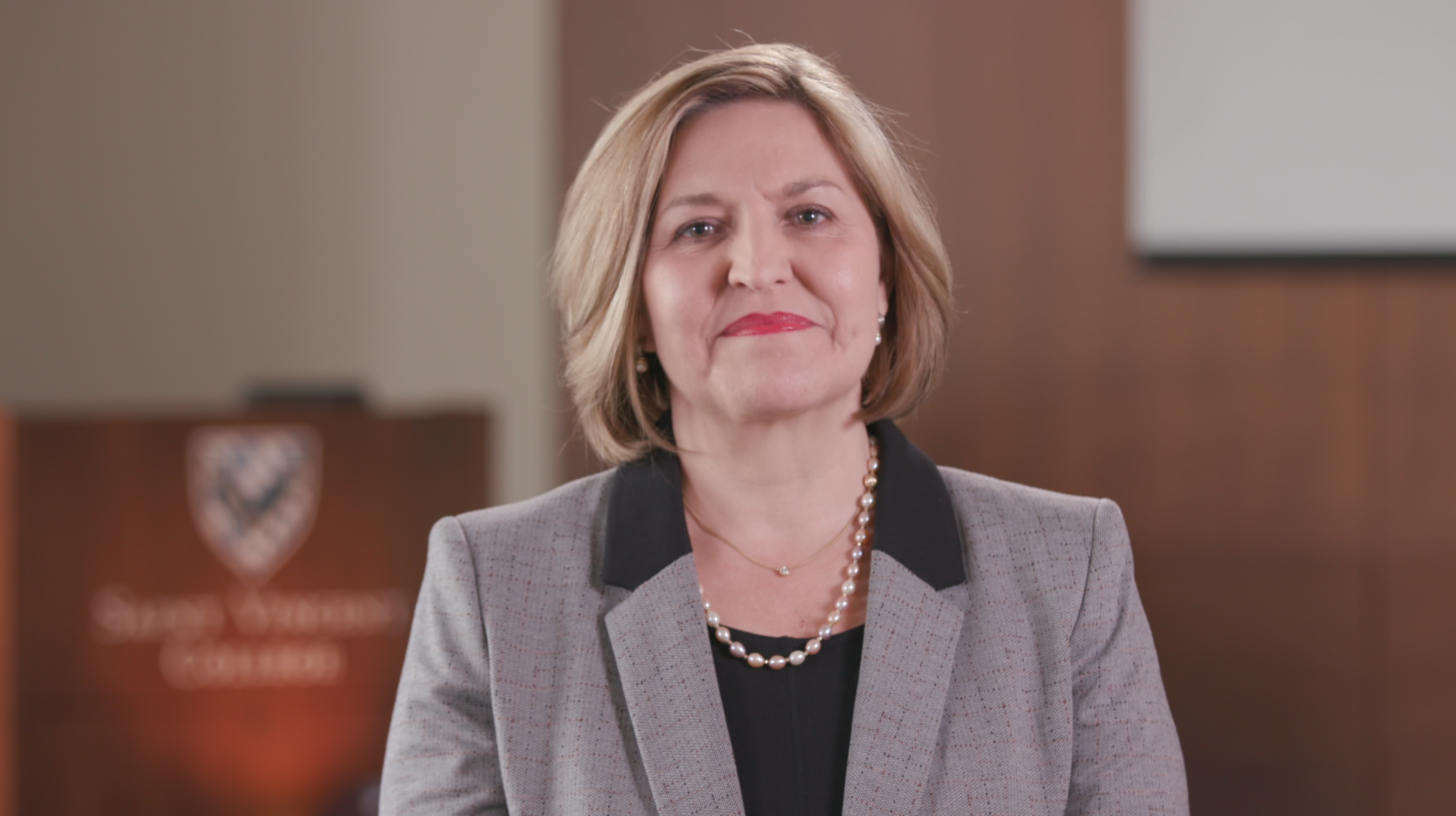 Lights, camera, action! A shoot simply couldn’t happen without the first part of that phrase: the lights!

Vista World Link recently headed to Saint Vincent College in Louisiana to talk about the new abortion laws they are going in effect in Louisiana and they brought in our Cleveland DP, Jordan Woods, to capture the interviews.

Jordan set up two litepanels with softboxes for the key and fill lights. The hair light was his on camera generay light. 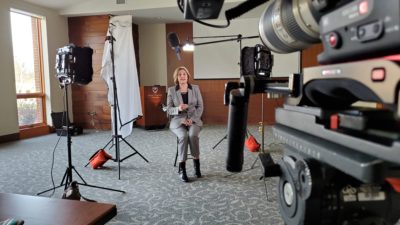 What is a hair light, exactly? Well, it is exactly what it sounds like! A hairlight is a tool that’s used in portrait videography and photography that is used to light up the subjects hair. In general, it’s placed behind the subject about three feet above their head, with the light angled down and slightly forward to hit the top of their head and shoulders.

It’s important to use a hairlight as a way to set the subject apart from the background. The last thing any videographer wants is for their subject to disappear into the backdrop. 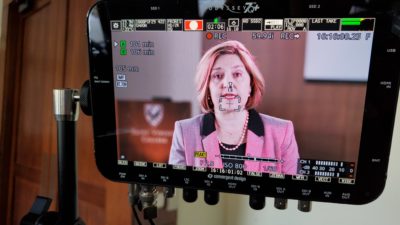 To continue the set-up, in the background there was a podium with the school logo on it so Jordan used an Arri 150w to put a subtle spotlight on it, with a 3/4 ctb on it, of course. The sunlight coming through the window from frame left was just a little bit too harsh so Jordan put a silk on a stand to lower the light level.

Silks are a lighting diffuser that is commonly used to soften lighting that is too harsh. However, silks are used for more than just to cut the intensity of the light. Silks can actually scatter the light in random directions which allows the light to wrap around a subject. This helps reduce the harsh directional shadows that are created by hard lighting.

Jordan shot all of the interviews on a Canon C300 camera.

Thank you to Vista World Link for allowing our video camera crews to be apart of this shoot. We look forward to working with you in the future.