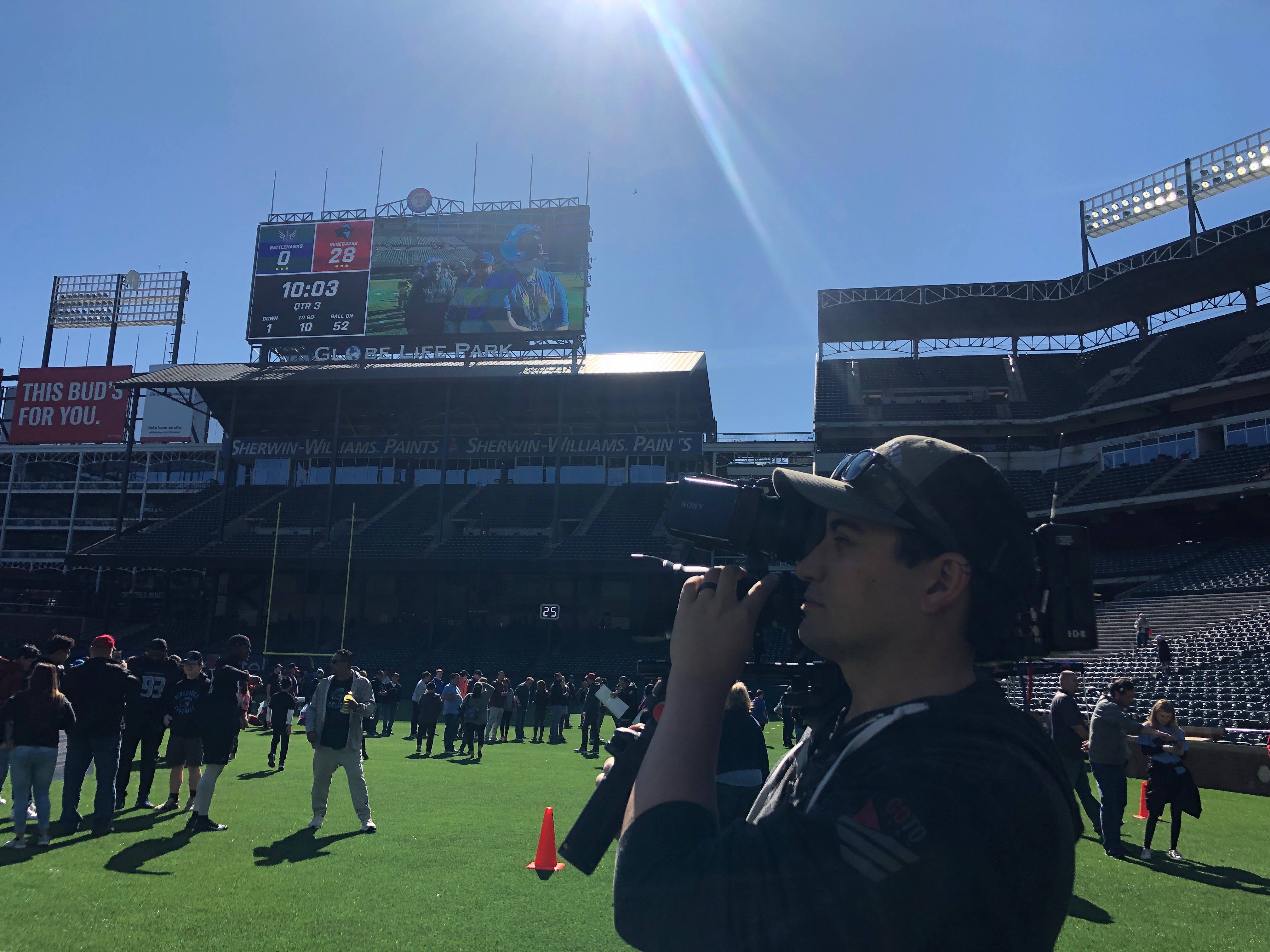 Are you guys watching the opening weekend of the very first XFL game EVER? We sure are and our crews are there too!

Before the season even started XFL called on our Dallas DP, Nate Galluppi, and apprentice, Abby Rath, to cover an open practice and media day for the Dallas Renegades. They started the day by capturing the players interacting with their fans on the field after their practice had wrapped up. Dallas’ coach and quarterback were seated at a table signing posters and merch while the rest of the players got to meet all their fans. 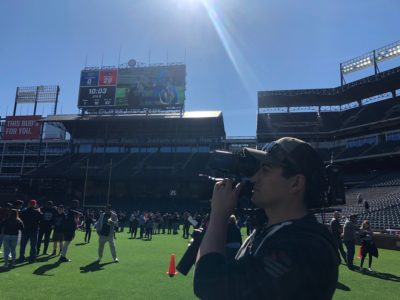 Even though the season had yet to begin, there was already a loyal fan-base and season ticket holders that were eager to meet the players after watching their practice. After getting shots of everyone interacting, Nate and Abby headed to a room by the locker room to capture promotional Jumbotron videos of the players on a green screen interacting and hyping up the crowd.

While filming the players and fans interacting on the field, Nate used a Sony F5 camera on a shoulder set up with Fuji 18-55 lenses. Abby hooked up a boom to the camera and captured audio this way. Our crew didn’t need to bring any additional lighting and simply used the natural lighting to capture the shoot. 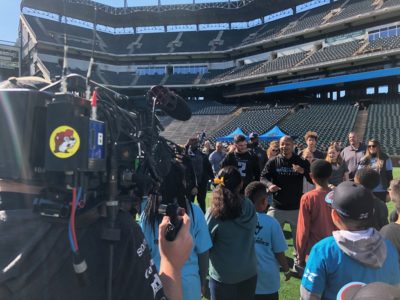 When it came time to capture the promotional shots, Abby and Nate didn’t have much time to setup, but our crews are trained for these exact situations! In order to achieve an easy set up, they used a green screen behind the players and brought out two Astra lights as well as light panels to light the players. 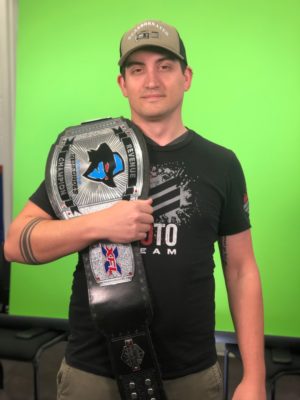 The Renegades players even wanted to get in on the action of filming, so they asked Nate and Abby if they could try their hand with the F5 and the boom! They played around with the camera equipment to see what our crews do everyday (can you say dream job?!) 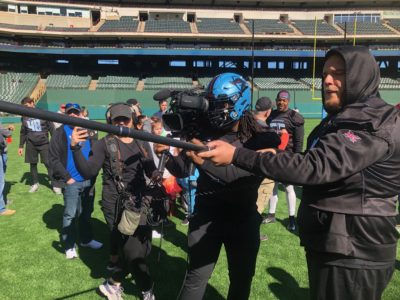 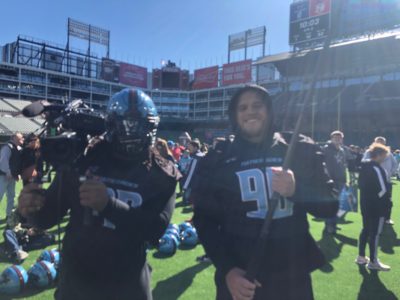 Thank you to the XFL and the Dallas Renegades for letting our video camera crews capture this pre-season event. We can’t wait to help capture a great season this year!