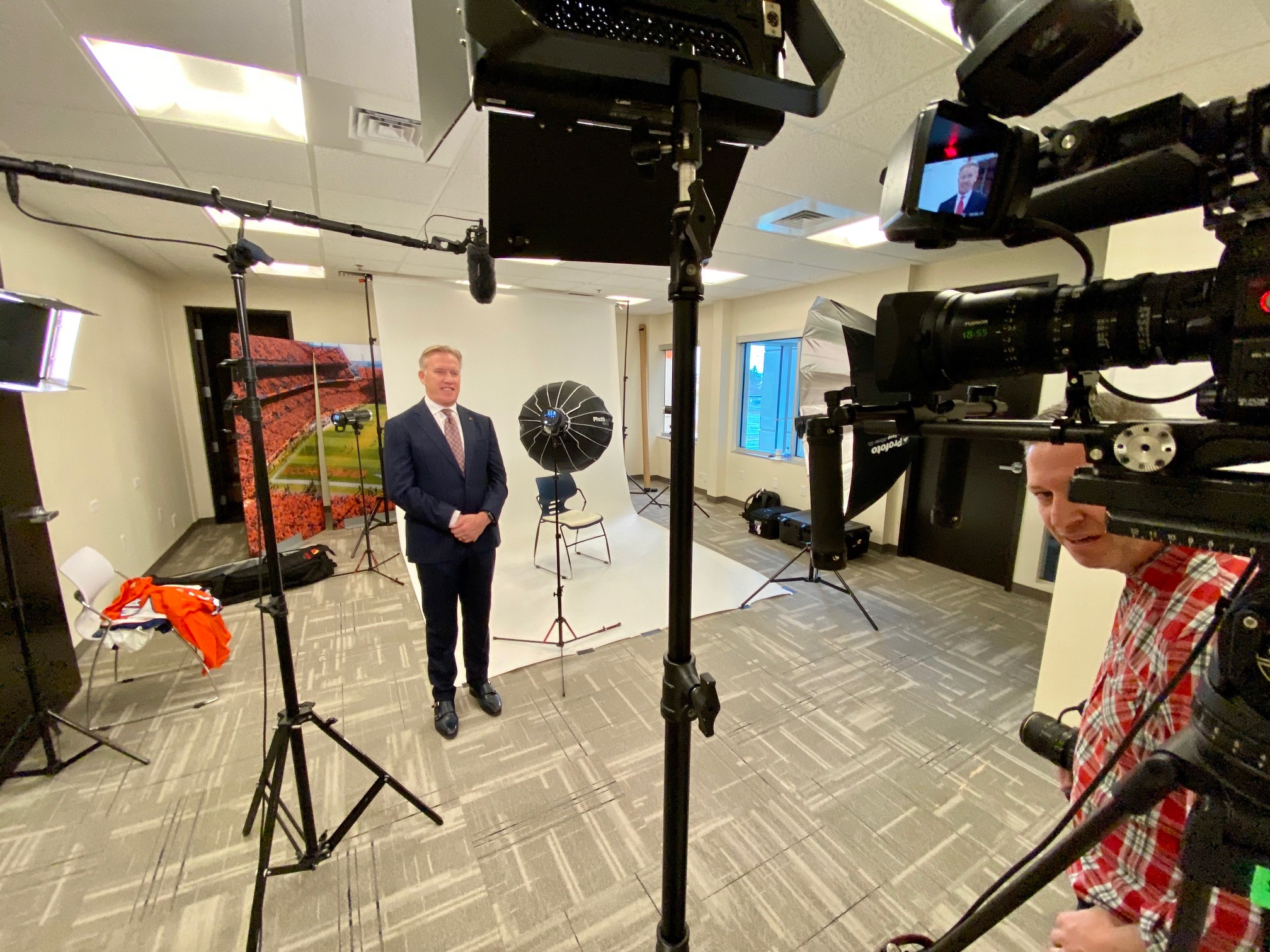 Loyalty is a word that former pro-baller John Elway is very familiar with.

After playing college football at Stanford University, Elway played his entire sixteen-year NFL career with the Denver Broncos. John still shows his loyalty to Denver and is now the general manager and executive vice president of football operations of the Broncos.

Sports Illustrated recently met up with John Elway for a photo shoot with some of his Broncos memorabilia and Our Denver DP, Ryan Dumville, joined them to capture the behind the scenes coverage of the photo shoot. 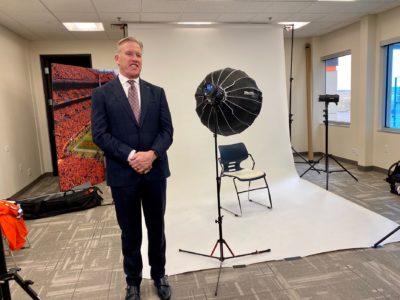 Ryan arrived at the Broncos Practice facility to meet with the still photographer and set-up his gear for the shoot. To capture the photo shoot, Ryan filmed the entire piece on his Sony F5 and Fujinon 18-55 MK zoom lens.

Once the stills photographer was set, he positioned his sticks and lights in the corner of the room, using the photographers setup as the backdrop for a quick OTF interview that would take place after the stills portion was done.

The shoot involved Elway posing for the camera with his rings and some of his most notorious jerseys. That included the jersey he wore against the Bears in 2007 which made the Sports Illustrated cover following the game. 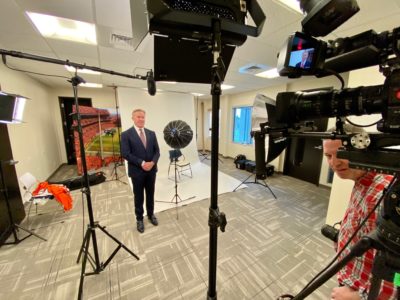 Ryan filmed cut aways from behind the photog, tight shots of the still camera, and flashes going off. He basically covered the set wide, medium and tight with every flavor of b-roll imaginable. He also added some slo-mo shots of Elway with his rings.

After the b-roll was wrapped it was time to grab Elway for a quick interview where he reflected on his moments from that game and making the cover of Sports Illustrated.

Thank you to Sports Illustrated for allowing our video camera crews to work with this Denver legend. We look forward to working with you again in the future.