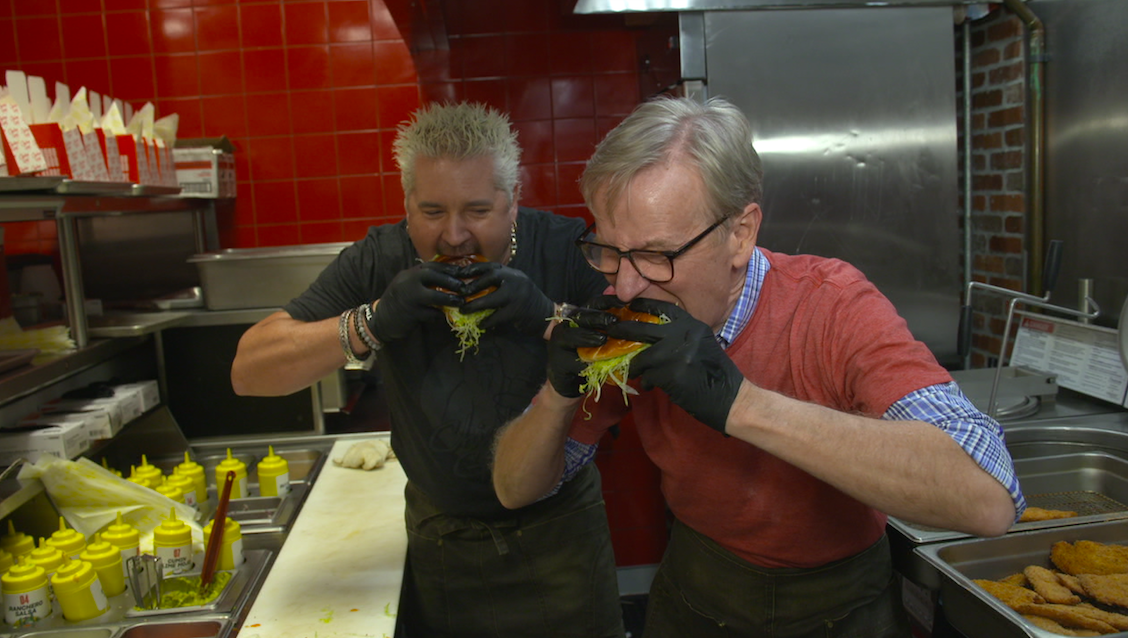 Are you guys ready to ride the bus to Flavortown?? Go To Team is!

The second location of Guy Fieri’s restaurant, Chicken Guy, is located at the Aventura Mall in Miami, Florida and Fox and Friends host, Steve Doocy, headed there with Guy to check out how everything goes down!

Fox and Friends brought in our Miami cameraman, Ryan Brower, to capture Guy showing Steve around his restaurant and showing him the ropes! Ryan captured the Fox and Friends analyst as he joined Guy in the back of the kitchen, to learn how the cooks prepare the famous chicken sandwiches. Brower captured b-roll of Guy showing Steve how to make the chicken, from dipping it in egg wash, to breading it, to throwing it in the deep fryer. After the process of cooking was done, Steve and Guy say down to enjoy the fruits of their labor and eat what they made in the middle of the mall. 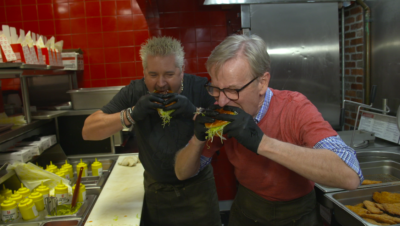 After they were done enjoying their meal, they even gave out free chicken sandwiches to patrons in the mall! 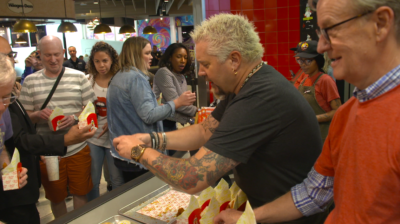 To capture this fun series of events, Ryan used a Sony F5 camera with the Fuji 18-55mm lens. For the interview portion, he used a Sony FS5 with the 16-35mm lens as a secondary camera. The lighting setup required some innovation since they were in a small place with shots that required fast pace movement. He used a basic LED Litepanel setup with a light mounted on the camera since they were in a small kitchen and it was pretty fast moving.

Thank you to Fox and Friends for letting our video camera crews join in and capture this fun shoot. We look forward to working with you again in the future!