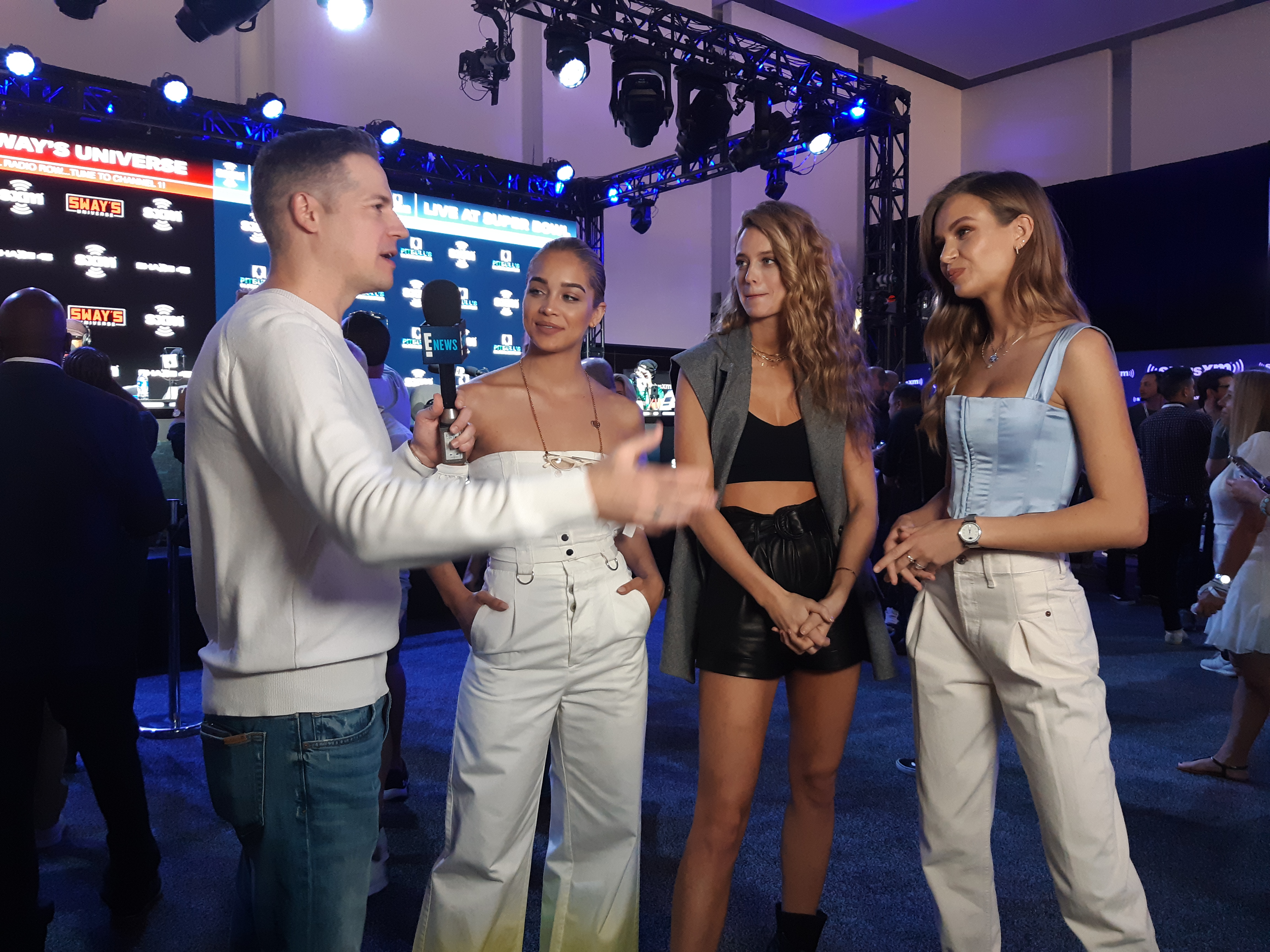 Did you guys catch the Super Bowl? What a comeback from the Kansas City Chiefs! 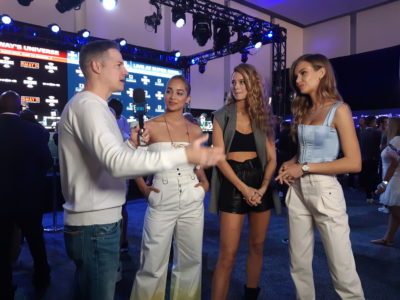 On their first day of filming, the first shoot involved going to the Sirius XM booths in the Miami Beach Convention Center to get interviews with TV personalities, Jenny McCarthy and Andy Cohen! This entailed a pretty simple set-up with an Aladdin Lightmat mounted on the camera, and a stick mic with a wireless transmitter that had been assigned frequencies beforehand via RF Coordination. The challenge in this setting was the amount of people around – it was very crowded and pretty tricky to move around. Our crew loved getting to see who they were getting to interview and they got some B-roll of some other famous faces who were present, including Lizzo, Lil Nas X, and Kevin Hart. 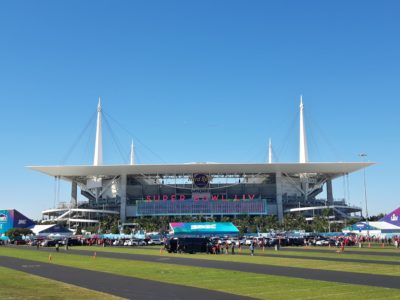 The next shoot was a red carpet event for Shaq’s Fun House, a carnival party on Friday night. The primary goal at this event was to interview Shaq, getting a quick sound bite from him. This setup was similar to the Sirius XM shoot: an Aladdin Lightmat mounted on the camera, and a wired stick mic for the interview. The challenge in this situation was the weather – about halfway through the event, it began to downpour.

On Saturday, Peter and Emma covered the red carpet for Super Saturday Night, a concert held the night before the Superbowl. The show was headlined by Lady Gaga, who made an appearance on the red carpet, and was held at Meridian at Island Gardens in Miami Beach. This was the same set up as the other shoots, and the challenge with this shoot was space. There were many many people in a very small space in front of the carpet, which made it difficult to set up and navigate the interviews. Many recognizable faces showed up, including Lady Gaga herself, Paul Rudd, and John Hamm, and we interviewed Karamo Brown and Jamie Foxx! 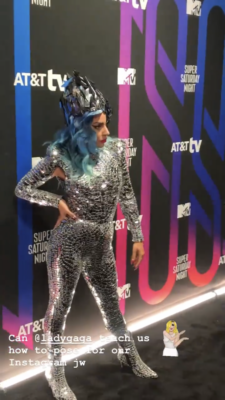 Finally, on Sunday, our crews were on-field for both pre-game and half-time. For both of these, the set up was the same as before, except with the addition of the boom. For pre-game, we shot a few different stand-ups with Jason, our talent, and interviewed a handful of famous faces, including DJ Khaled, Alex Rodriguez and his daughter, and Terry Bradshaw. Following the singing of the national anthem, we managed to get the answers to some quick questions with Demi Lovato as she was leaving the field. During half time, we also shot a few stand ups as the show was beginning and ending, as well as some b-roll of the performance. 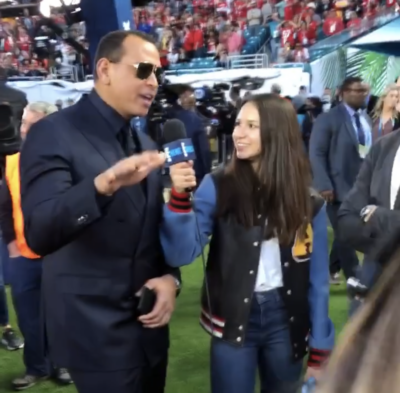 The biggest challenge of these days was knowing what gear was necessary and narrowing down for shoots that were very mobile and unpredictable. Thank you E! News for letting our video camera crews be apart of this amazing shoot. Our crews loved getting to work on this event, from the spontaneous nature of an event like the Superbowl, getting to see a beautiful city, and the enjoyment of getting to participate in something so important to American culture! 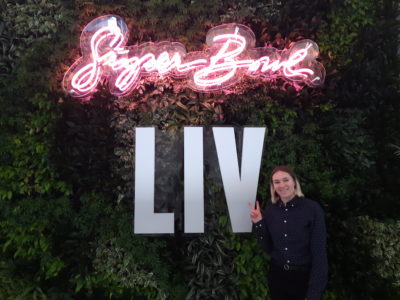