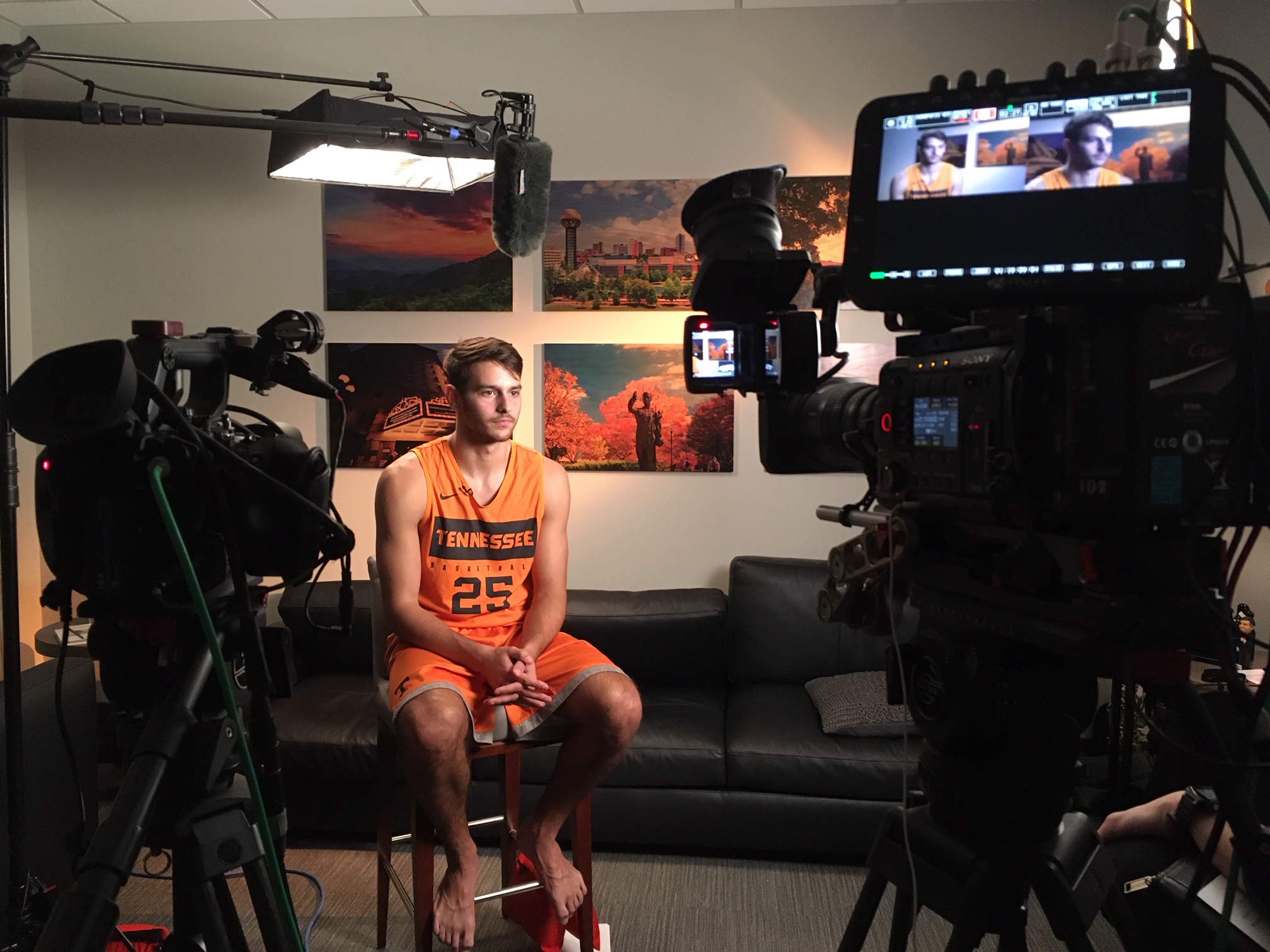 Are you from Tennessee? Because you’re the only ten I see! 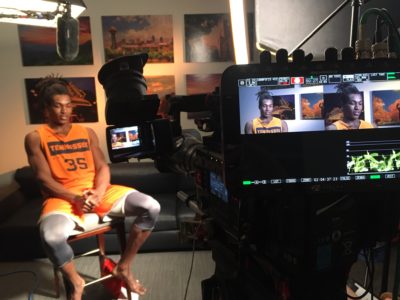 ESPN brought in our Nashville DP, Peter Leininger, and apprentice, Emma Vogelmeier to capture two different stories circling basketball at the University of Tennessee, Knoxville. The first story centers around the new head coach of the women’s basketball team who played for the Lady Vols when she attended UT. The second story focuses on a player for the men’s team, Santiago Vescovi, and his journey from his home country of Uruguay to playing basketball at UT. 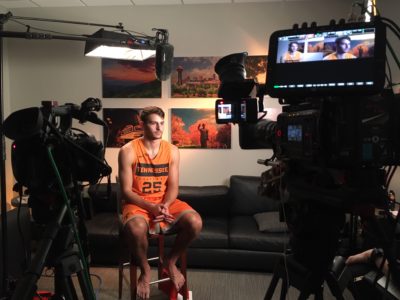 The first interview was set up in the Lady Vols locker room, showcasing the team jerseys and warm-up gear, as well as the coach’s suit (symbolizing her transition from player to coach), in the background, lit by Arri Tungsten 150s. The interview was shot with the Sony F5 and Sony Fs5 cameras with the interview subject was lit by a Lightpanel Astra 6x as key and an Aladdin Lightmat as a backlight. Audio was a clipped-on Sanken mic. 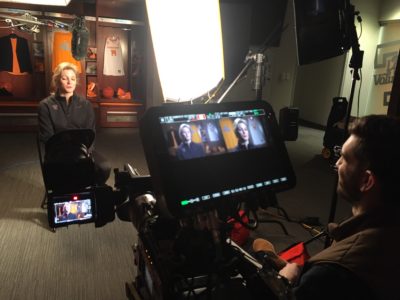 The second set of interviews was set up in the coaches’ lounge, using a similar camera set up for a wide and tight interview shot. The lighting setup consisted of the Astra as key, a Lightmat for the backlight, and an Arri Tungsten 300w through an orange gel to create interest in the background. Audio was the same as the previous interview: a clipped on Sanken mic. There were several interviews in this set-up, meaning that, halfway through, we flipped the set-up to face the other side of the room. After the interview, we also got a few hero shots with Vescovi in front of the UT Volunteers logo in the men’s locker room. 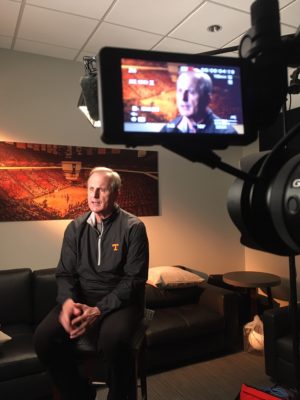 The shoot allowed for a lot of time to arrange the two set ups, which meant there was time to get creative and play around with the possibilities!

Thank you to ESPN and UT Knoxville for letting our video camera crews capture these interviews. Our crews loved getting to hear the stories themselves, especially the latter, because they got to see the camaraderie between teammates as they told their version of Vescovi’s story. We look forward to working with you again in the future.