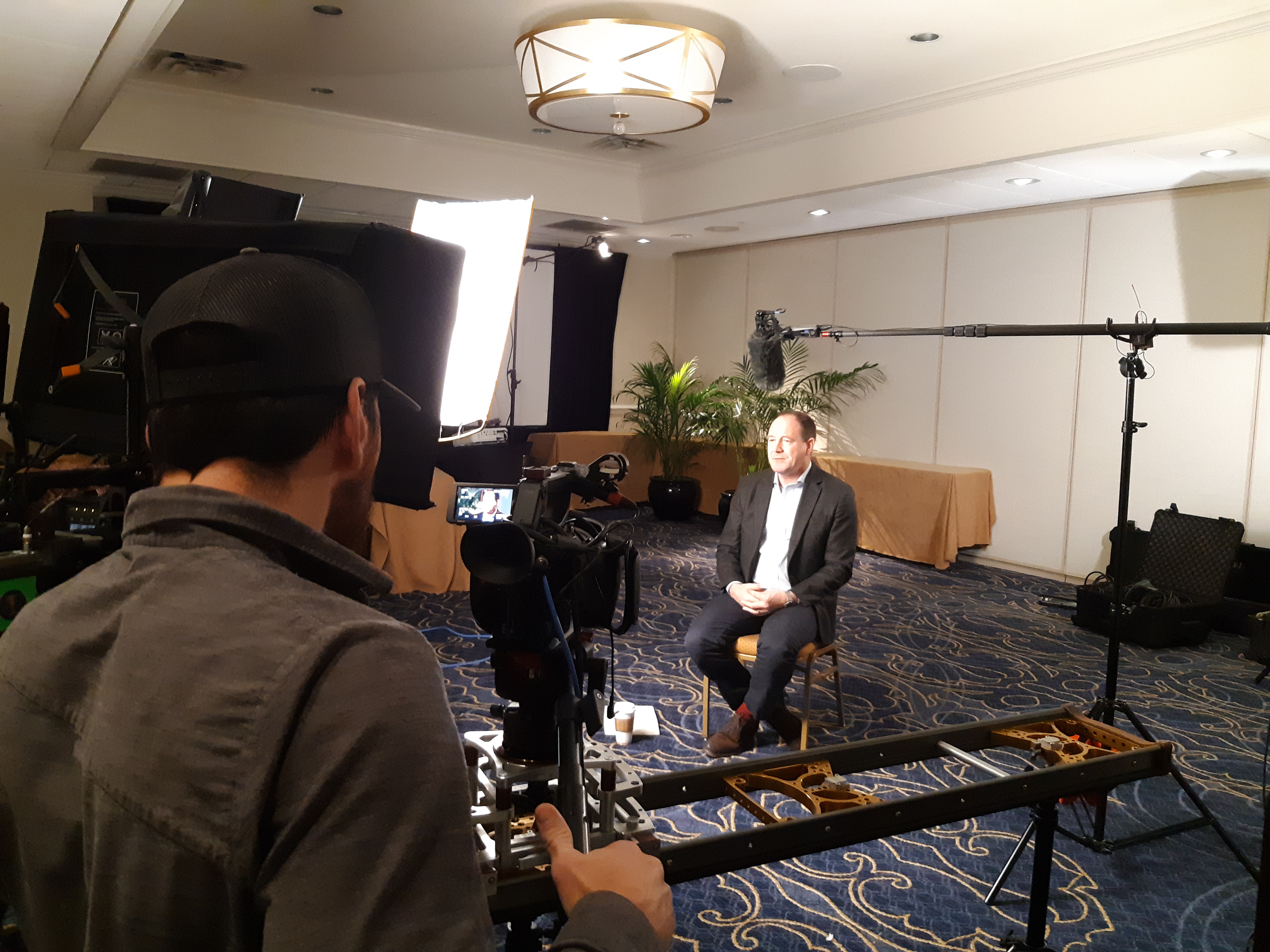 Several IBM employees working around the world came together for an informational video regarding IBM Watson Health’s current initiatives to bring technology to the health industry.

They met at the Gaylord Opryland Resort and Convention Center in Nashville to discuss how they are each working towards their goals of changing the health industry to better assist the people who are affected by it.

IBM brought in our Nashville DP, Peter Leininger, and apprentice, Emma Vogelmeier, to conduct these interviews. 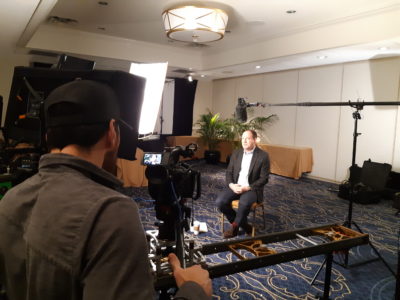 The set-up was a bit tricky, as the room was a bit blank and needed something to create interest in the background. This challenge was solved with some large potted ferns strategically placed with a ARRI Tungsten 150 to highlight them.

The camera set-up included a Sony F5 mounted on a tripod in the corner of the room, aimed at an angle across the room for depth. To the right of this, mounted on a slider, was a Sony Fs5, to capture moving shots of each interview. A Lightpanel Astra 6x through a 2×1 silk was used as a key for a high contrast look.

The subject of the interviews was fascinating, each person coming from different IBM locations around the world, including Germany, Sweden, the UK, India, Singapore, and the United Arab Emirates. Each interviewee seemed equally as invested in their work as the next, so it was a great opportunity to get to learn about their goals to change the health industry and help them communicate those goals to others!