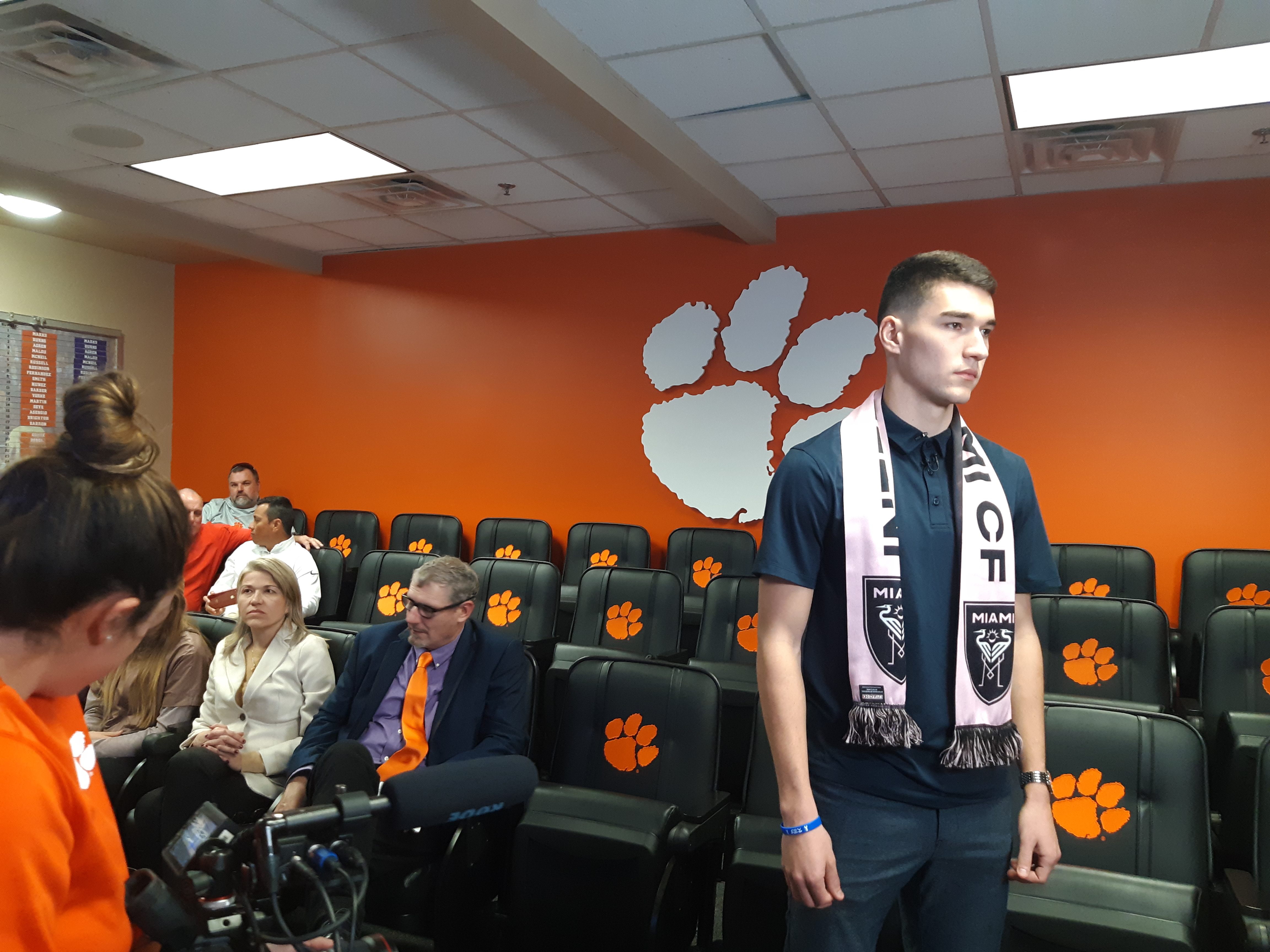 They shoot, they score!

Recently the MLS held a draft for players coming into the league from college teams. The pull of athletes was comprised from almost twenty different locations all across the nation. Clemson University was one of the schools the MLS drafted students from and Go To Team’s Nashville DP, Peter Leininger, and apprentice, Emma Vogelmeier were there to help capture all the excitement.

Robbie Robinson was the athlete everyone had their eyes on. While the teams had their picks, so did Robinson. He had high hopes to be one of the first three picks between two teams: Miami and Nashville. 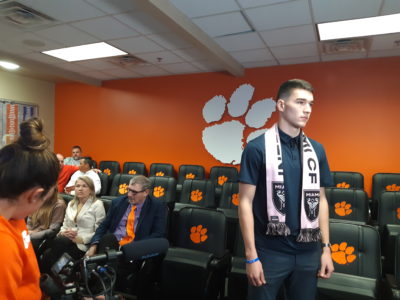 The set up for the shot was simple, framing as much of the soccer team’s meeting room as possible, particularly to get the Clemson paw print logo in the shot. After capturing the wide-shot of Robbie and his family’s reaction to his draft, a new shot was lined up for an interview with him. For this, the camera remained in its original spot, using an Aladdin Lightmat mounted on camera to light Robbie, looking directly into camera for the interview. 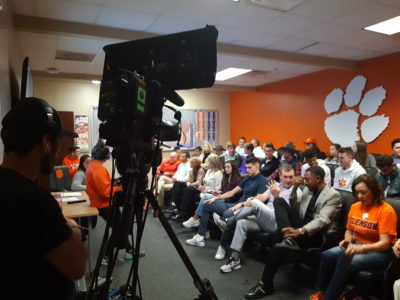 For audio, he had an exposed Sanken mic, clipped onto his collar for both the live hit and the interview. This was a bit tricky in terms of audio because of large fluctuations in noise between the quietness of watching the Draft show, and when Robbie was picked.

However, a great thing about this shoot was having a set-up day to get everything in place and tested before the live hit the day after. It was also fun because Robbie turned out to be the number one pick of the Draft, picked by Inter Miami CF, and got to have a Skype call with David Beckham, one of the owners of the team. Overall, a fun and exciting day for everyone who got to participate!

Thank you to MLS for allowing our video camera crews to be apart of capturing this draft! We loved getting to be apart of all the excitement and we look forward to working with you again in the future!