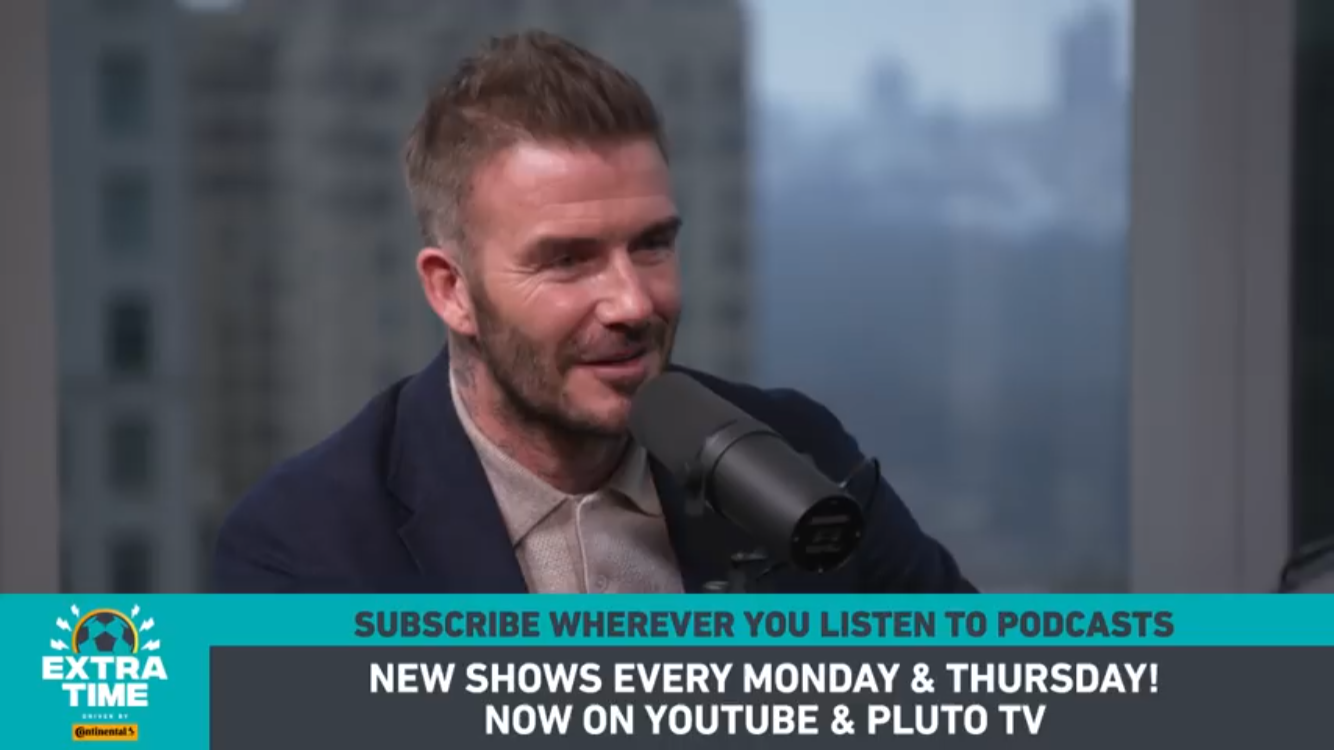 With the ongoing pandemic are you experiencing a serious side effect of sports withdrawals? We definitely are. All major sports leagues have put their games on pause (and some have even canceled altogether). Even with this suspension in effect, we can appreciate the MLS’s season kick-off — And honestly, it is making us pumped about the upcoming season.

Did you know that it is the MLS’s 25th season as a league? Along with the celebration were predictions of building the league into more of an empire in the future.

MLS brought in our New York cameraman, Chris Halleen, to capture footage for their 25th season Kick-Off Event. After shooting this event, Chris set up and shot for the podcast Extratime with special guest David Beckham. Hosts Andrew Wiebe, David Gass and Matt Doyle get together twice a week to discuss the latest news surrounding Major League Soccer with A-list guests. 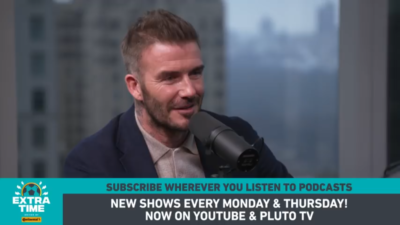 Chris set up this shot with the New York City skyline in the background and chose to shoot with a Sony F5 and a Sony Fs7 camera. Since our crew was shooting the talent in front of bright windows, the top priority was to make sure they had enough light hitting the talent in order to make sure you could see them without the background being blown out. The skyline was very much a part of the story and needed to be seen. 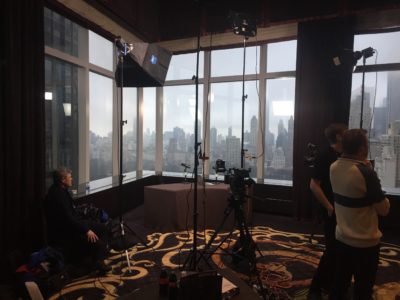 Two HMI’s were used as a key light and two Astra 6x panels were used for a fill light. This gave enough punch to illuminate the talent. The day ended up being much more cloudy than they previously thought, so there was no need for extra panels. It’s still always a great idea to be prepared for the worst! Since they were going to be shooting directing into windows, Chris made sure to bring his tallest light stands. This way, he could raise the lights up high enough to where the cameras wouldn’t be able to see any light reflections from the windows. 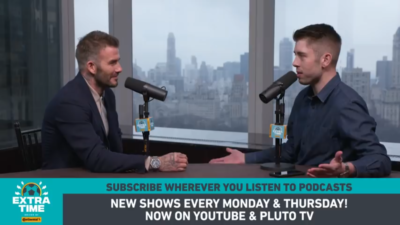 Thank you to MLS and the hosts of the Extratime podcast for letting our video camera crews come in and film this. We look forward to working with you again in the future!