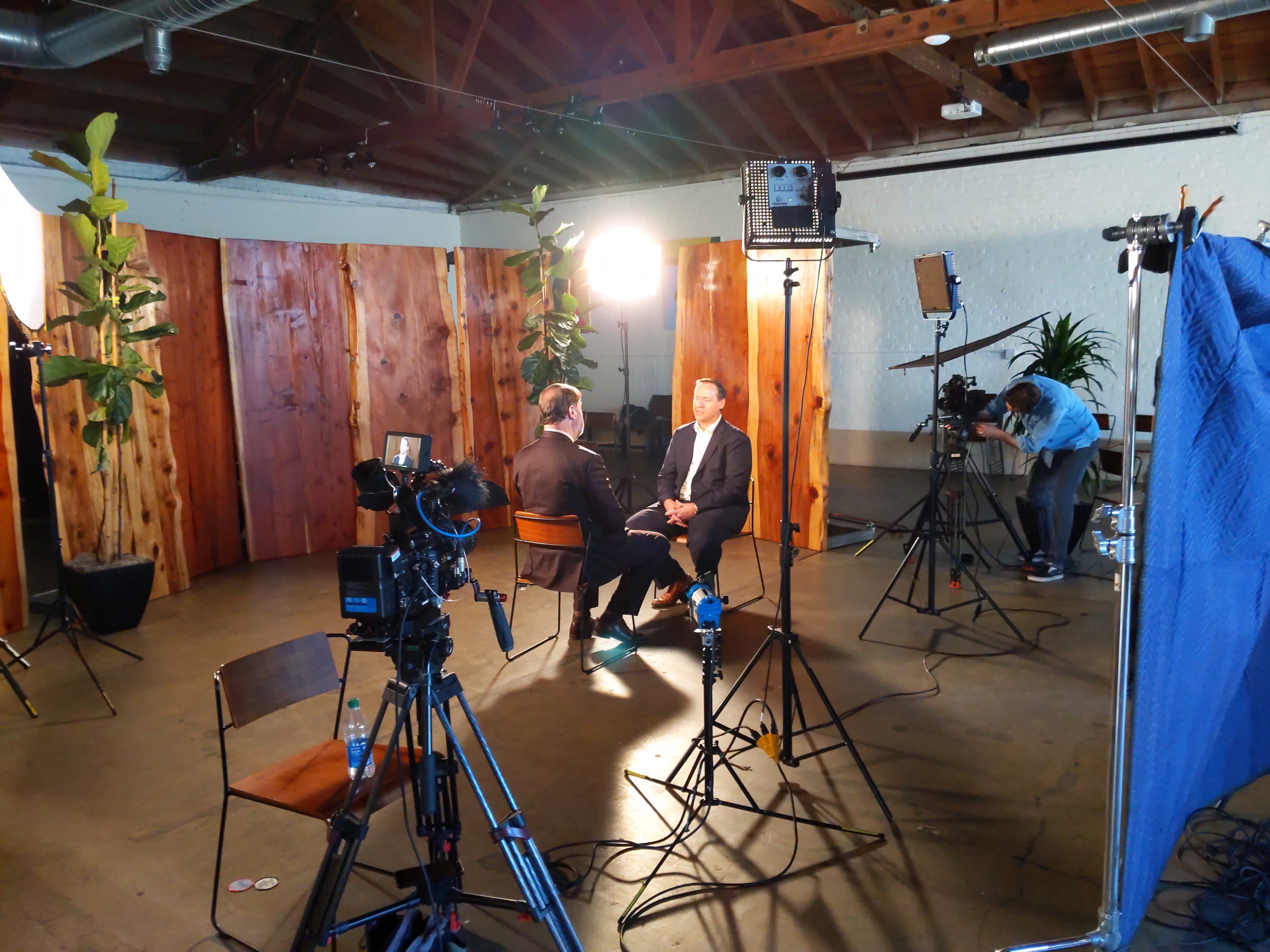 “If you ain’t talking money, I don’t wanna talk!”

Real Vision brought in our San Francisco DP, Zach Reed, to capture a series of interviews in Sacramento with host Mike Green to talk about everything finance related. Three separate guests were interviewed in a warehouse type space. When our crew arrived at the space it had just white walls and tables, with a small storage room with brick. They noticed the space had a lot of long Redwood tables, so they decided to incorporate those. 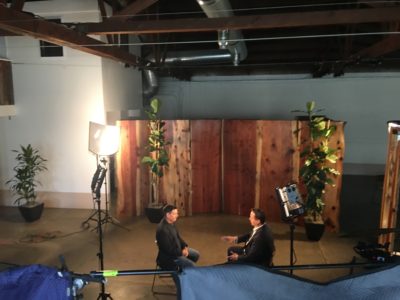 Our crew ended up building a set out of the Redwood tables put side by side vertically. Since this was a three camera shoot, they had one camera that was close up on each subject and a third camera as a wide two shot. They then used two Arri 650s with CHimeras and road rag diffusion that doubled as a key light and a hair/scratch light. Zach used two light panels to add some fill. There was also another panel on one of the backgrounds.

After the interviews, they set up a behind the scenes type standup with the host. They used a Kinoflo Celeb as a key light. They also had an Arri 150 pointed towards the camera in the background to give it a true BTS feel. Lastly they put in a cool-blue light panel against the brick background. 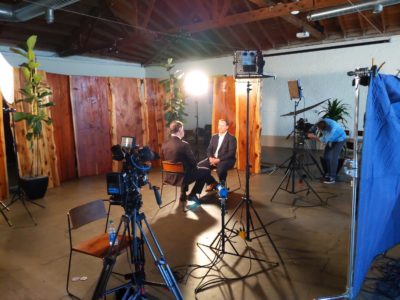 Shooting BTS film is a very different task than shooting regular interviews. There’s a few things to keep in mind when shooting in this style. You’ll want to closely walk the line in between being invisible to the talent and having them notice you there. You want the subjects to be still acting like themselves, but not “performing” for the camera. It’s also very important to be ready to move as quickly as possible. Shooting in BTS style is very unpredictable because you’re trying to capture honest moments. Always be ready to be on the go and following your subjects.

Thank you to Real Vision for having our video camera crews capture these interviews. We look forward to working with you again in the future!