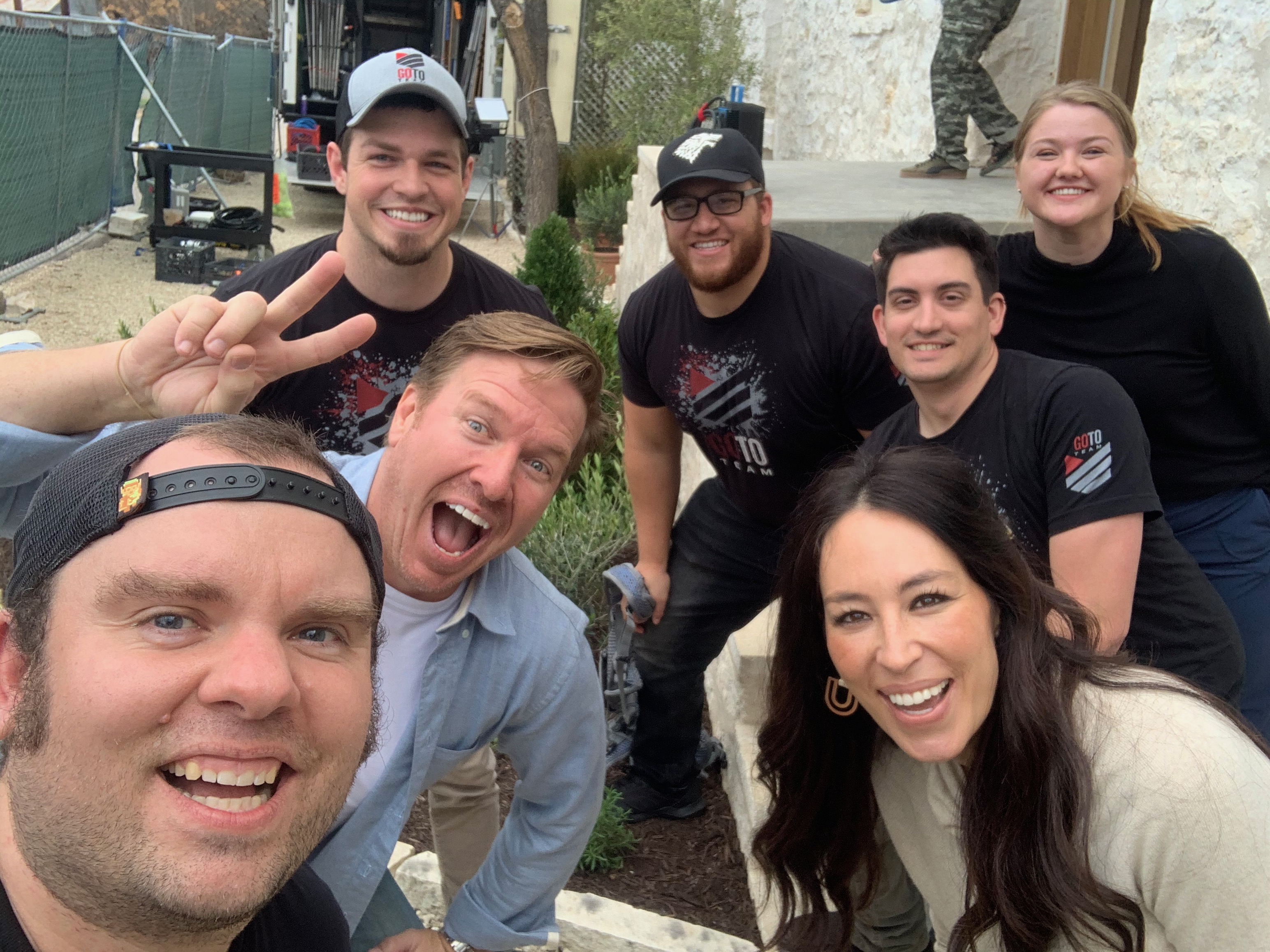 There’s nothing better than a nice heart-warming reunion!

Our Texas crews recently had the opportunity to have exactly that when they filmed a segment for E! and were reunited with Fixer Upper alum and friends, Chip and Joanna Gaines. 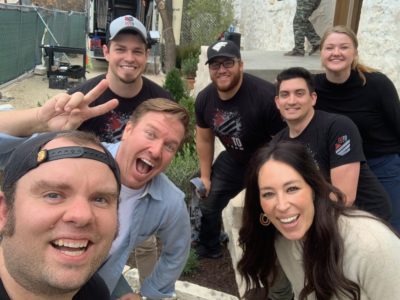 Roger reflected on the shoot fondly: “Some shoots are a little more personal than others.  This was one of those shoots. I was reunited with Fixer Upper alum and friends, Chip and Joanna Gaines for an E! shoot in Waco, TX.  As soon as they got on set for their interview with Jason Kennedy it was like old times. Chip was making jokes. Jo was trying her best to keep him from doing anything too crazy.”

After our crews caught up with Jason Kennedy and Chip and Joanna, it was time to roll on the interview for E!’s “In The Room.” 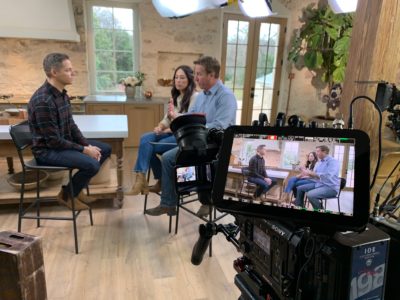 Our crews had set up earlier that morning at one of the many Magnolia properties. The environment was essentially a large kitchen. They had a 1-ton grip truck, a grip, and a gaffer at their disposal and they took advantage of all of those resources. 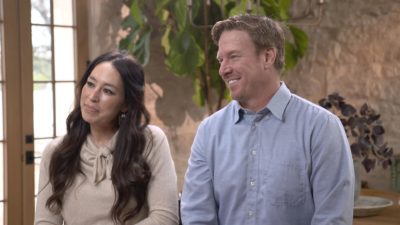 The first step on any shoot is to find the angles for each camera. Our Texas crews had four Sony F5’s with them. Roger used two F5’s for Chip and Joanna’s angles, which included a two shot and a single that would bounce between the couple. Nate used one F5 on a single shot of Kennedy. The final F5 was on a four foot slider that provided a nice wide shot of all three of the subjects. 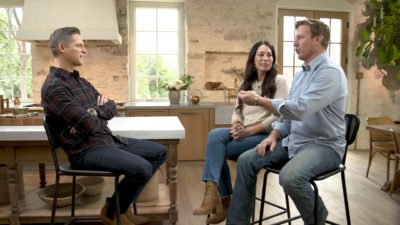 Our Houston cameraman, Kirby Clarke, was on the slider shot, which was Roger’s favorite: “This was quite possibly my favorite shot from the shoot. I loved the movement of the shot and it seemed to really capture our setting.”

Our Dallas DP and former AC of Fixer Upper, Nate Gallupi, was on the single shot of Jason Kennedy. “It was such a treat to have Nate on set.  It really made the day feel like an official Fixer Upper reunion.” – Roger. 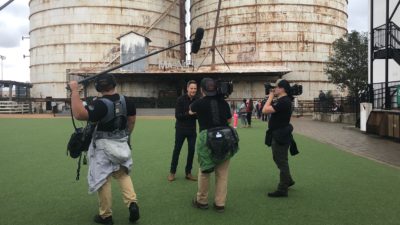 Our crews tried to keep the lighting as simple as possible because they needed to move most of the gear for a quick tour that immediately followed the interview. They swung in Kinos to key the subjects and Astras for back lights. They used a couple HMI’s to bounce some light into the ceiling. This created some natural ambience to the room. The last move was to use some Arri 150w and 300w with CTB to give the background of our scene some pop. 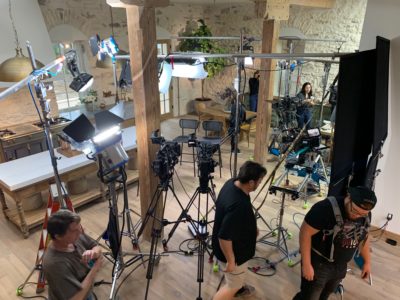 Our video camera crews loved getting to reunite with Chip and Joanna and capture this style shoot: “This was such a cool shoot.  Anytime I get to work out of a grip truck is a win but working with other DP’s from Go To Team is even better.” 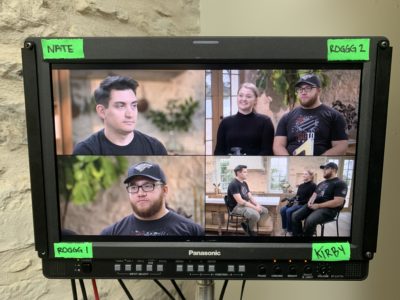 Thank you to E! and Chip and Joanna for letting our video camera crews be a part of this awesome shoot. It’s always a pleasure working alongside you all and we can’t wait to get to do it again!