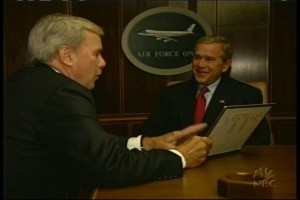 Beckmann, Brokaw, and Bush on Air Force One

During the presidential campaign of 2004, Brokaw and Beckmann tagged along with the President – documenting a behind the scenes look of life on the campaign trail.

Beckmann also spent time with president Bush during the election of 2000 – getting a seat on his campaign plane with correspondent Ashleigh Banfield. 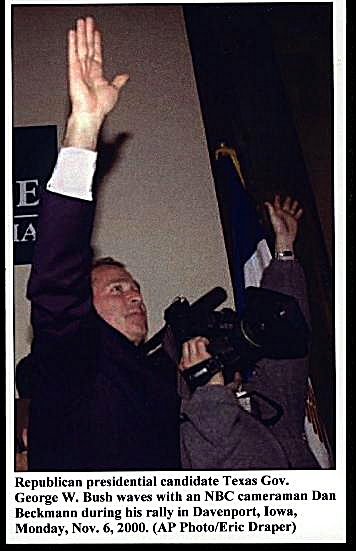 Beckmann and Bush - last stop on the 2000 presidential campaign