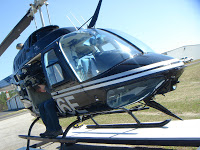 Wells Crew takes to the air for Discovery Channel 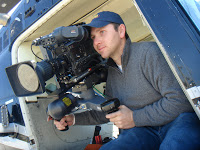 Charleston based Director of Photography Tom Wells and Nick Modisett took to the air by helicoptor Saturday for a new upcoming program on Discovery Channel. The Go To Team crew’s mission was to shoot the YAUST, the world’s largest Car Carrier, while still out at sea. The crew utilized a Tyler Mount rigged with a CineAlta F900, shooting 1080P at 25 fps. Tom shot on the Tyler Mount from the back seat while Nick rode up front, acting as a second set of eyes with a 9 inch HD monitor and helped communicate the shot list to the pilot. While in the helicoptor the crew was in communication with both the ship’s captain and their client in New York simultaniously by both phone and email, allowing seamless coordination between everyone involved. Because of the great weather the crew was able to get up close and personal with the ship on more than one occasion, as you can see in the video below.