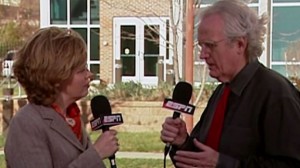 Fallen NFL star, Michael Vick, was in bankruptcy court recently and Go To Team’s Richmond, Virginia based video crew traveled to Newport News, VA to cover it.  Cameraman Nick Modisett and audio engineer Andrew Uvarov worked with ESPN’s Kelly Naqi and Lester Munson bringing the sports world the latest from the ever-evolving Vick saga. Cameras were not allowed in the courtroom, so ESPN went live outside the courthouse through the duration of the trial.  The judge eventually rejected Vick’s bankruptcy plan, which included working at a local Virginia construction company earning $10 an hour.

And since the Richmond ENG video crew was in the area, they knocked out some shots for an Outside the Lines piece on Vick spending the rest of his prison sentence in home confinement. You can view the pieces here and here. 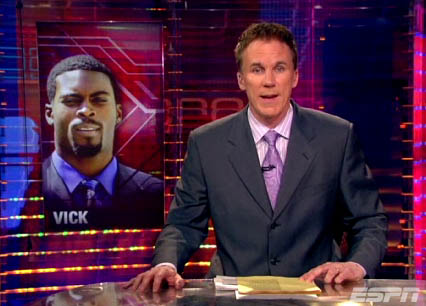