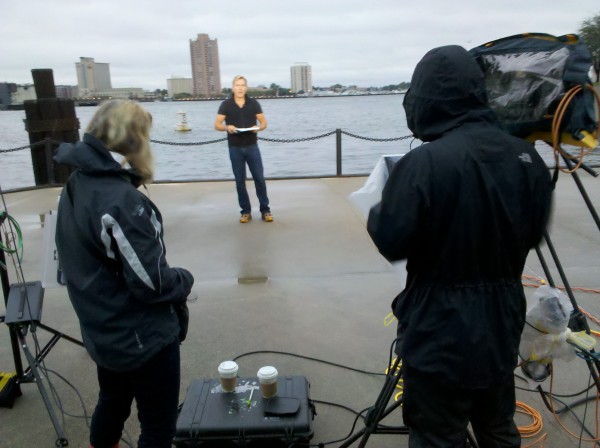 All that concrete, and someone managed to spill their coffee right there

When ABC’s Sam Champion needed someone in Ocean Beach, NC  right away, they called Go To Team.  Moments later, Charleston Based Dave Baker and Audio Operator Carl Mullins were on their way! Tropical Storm Nicole was making a mess of the Southeastern Coast and people wanted to stay updated.

After several live shots for “Good Morning America” live shots in the knee deep flooded streets of Ocean Beach, the Baker Crew and Sam Champion tracked the storm North, stopping to grab footage of flood waters and damage all the way to Norfolk, VA, where the storm had caused even more flooding before finally moving on.

As is standard for Go To Team Crews, Bron Kobold HMI’s light up day and night alike, scoffing at the storm while the ever faithful Sony D600 16×9 switchable Beta camera kept on trucking, true to its reputation.