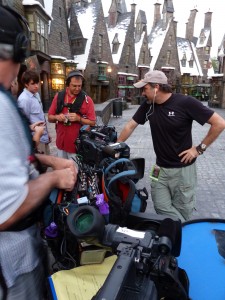 For nearly three years, Go To Team’s Orlando-based DP/Partner Dan Beckmann, has been working with Universal Orlando Resort on the opening of The Wizarding World of Harry Potter.

From documentation of the initial construction, to behind the scenes with the stars of the films, Orlando’s Go To Team has been covering it all!

During opening week, Beckmann and Executive Producer Sue Stauffer, coordinated 4 HD crews – shooting on VariCam’s and HDX 900 cameras, Beckmann’s team captured material for the Today Show with Al Roker, managed to drink some Butter Beer and Pumpkin juice with the stars of the Harry Potter films, interviewed author J.K. Rowling, and even hung out with Academy Award winning composer John Williams, whose score of the Harry Potter films (and countless others) has been heard the world over!

“What Universal Orlando has done with Harry Potter is really, really fantastic,” said Daniel Radcliffe at the opening ceremony. “We’re all kind of very grateful that the next part of the Harry Potter legacy has been so well-done and so well-made.”

The park’s marquee attraction, Hogwarts Castle, is home to Harry Potter and the Forbidden Journey!  The ride, filled with ground-breaking special effects, takes guests on a flight through Harry Potter’s life, including encounters with Dementors, and dragons.

Hogwarts also allows guests to journey through Headmaster Albus Dumbledore’s office, the Defense Against the Dark Arts classroom, and many other well-known spots found throughout the books and films.

The Wizarding World of Harry Potter also has two roller coasters, Flight of the Hippogriff and Dragon Challenge, as well as stores like Zonko’s Joke Shop, Honeydukes Confectionary and Ollivander’s Wand Shop.

“We have brought to life a cultural phenomenon that has captured the hearts and minds of millions of people around the world,” said Bill Davis, president of Universal Orlando Resort. 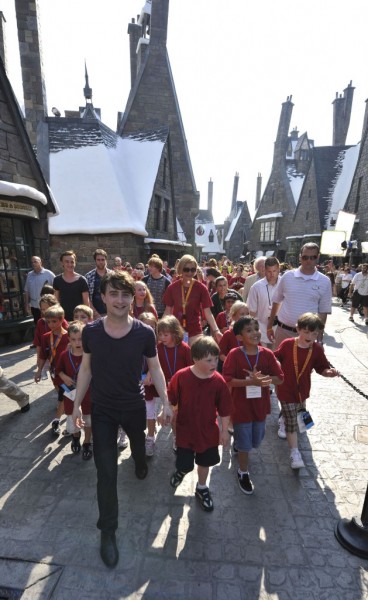 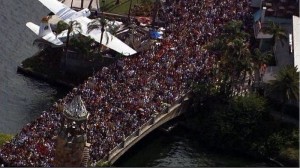